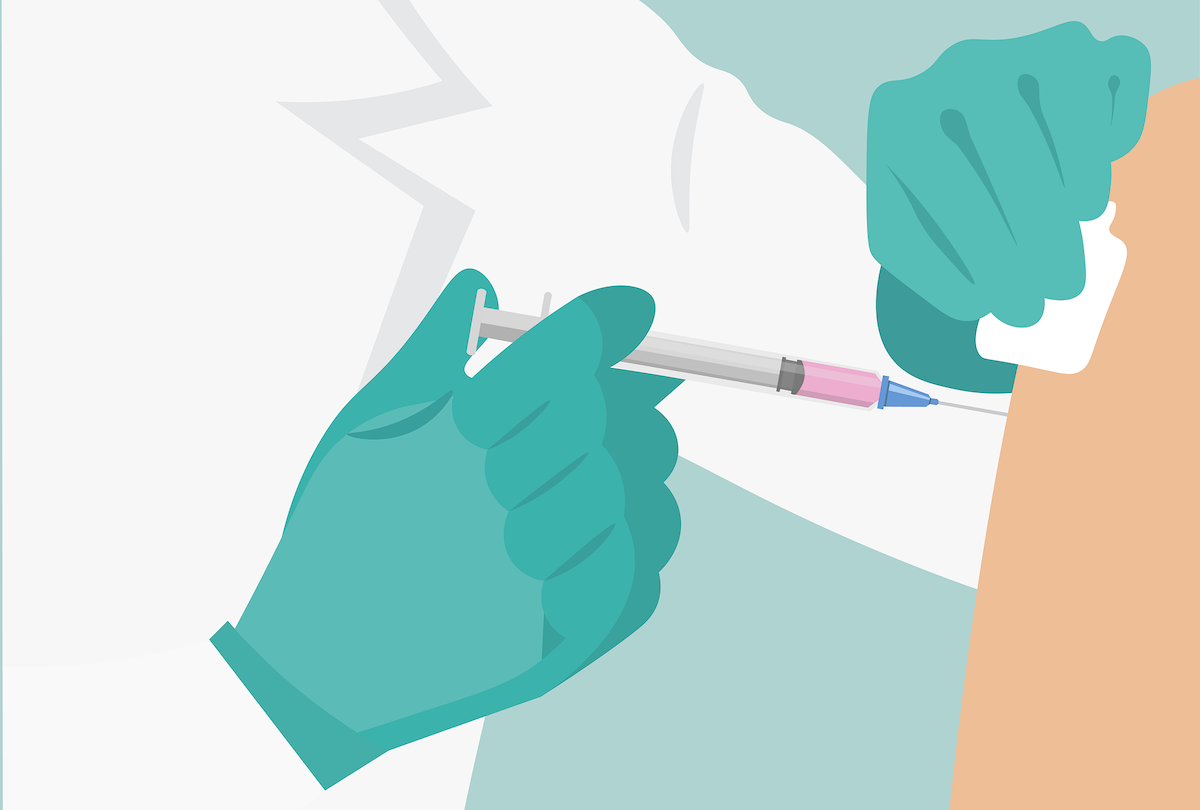 Tens of thousands of COVID-19 booster doses are arriving in Oregon this week as state health officials, pharmacies and providers plan vaccine clinics and schedule shots.

The federal Centers for Disease Control and Prevention approved the new booster doses by Moderna and Pfizer-BioNTech on Thursday and a West Coast scientific group representing Oregon, Washington, California and Nevada followed with its own endorsement, paving the way for vaccinations to begin.

Both boosters are designed to fight the original strain of the virus along with the two latest and most infectious omicron variants, BA.4 and BA.5. This is the first time that a vaccine has targeted those strains, which have caused the majority of recent infections in Oregon and across the country.

“The original two doses of vaccine offer less protection against these omicron variants that are the predominant strains in Oregon and the United States,” Dr. Dean Sidelinger, state epidemiologist, told the Capital Chronicle. “They were very good against the original strain, but are proving less effective at protecting against the omicron strain, as people are further out from their last dose.”

He said the new boosters are safe and effective and the best way for Oregonians to protect themselves from a severe COVID infection, hospitalization or death.

For information about COVID vaccines and boosters, check the Oregon Health Authority’s website. The page has a wealth of information in English, Spanish, Russian and other languages, including about how COVID can affect the body, vaccine requirements and links to forms. To schedule a vaccine, go to the Get Vaccinated Oregon website, which lists clinics, pharmacies and other sites statewide.

“OHA encourages all Oregonians who are eligible for boosters to get one,” Sidelinger said.

The Pfizer shot is approved for ages 12 and older, and the Moderna booster is for people who are at least 18. Either shot can be given, regardless of which vaccine the person had before, but it should be administered at least two months after the last booster, a Johnson & Johnson vaccine or the second dose of the Pfizer or Moderna vaccine.

Studies have shown that over time, immunity against COVID-19 subsides.

“We know that immunity, from watching the cases that come in, does tend to wane after two or three months of getting a dose of the original vaccine,” Sidelinger said. He said the CDC has changed its definition of what it means to be fully vaccinated: Those who have had the primary series and the first booster dose are considered up to date on their COVID vaccines. Oregon Health Authority data shows that fewer than 50% of adults in Oregon – 1.6 million people – are fully vaccinated based on the CDC’s latest definition.

Two groups – people with weakened immune systems and the elderly – face a higher risk of severe illness and death. COVID remains the third leading cause of death in the U.S.

Since the pandemic struck in early 2020, the virus has sickened about 880,000 people in Oregon and killed more than 8,400. It has packed emergency rooms and caused hospitals to run out of beds. But new infections have slowed. This week the state has a seven-day average of about 600 cases a day, according to Oregon Health Authority data. The average number of new daily infections was about double that in July. Illnesses peaked on July 13, with about 5.5% of Oregon residents infected, according to the latest forecast by Peter Graven at Oregon Health & Science University.

But that doesn’t mean the virus has gone away. Nearly 270 people are currently hospitalized with COVID-19, including 35 in intensive care units, health authority data shows.

The new booster shots began arriving in Oregon late last week. As of Tuesday, 39,100 shots had arrived, with the majority going to pharmacies, the health authority told the Capital Chronicle. The health authority expects another 75,500 doses to arrive in Oregon this week for vaccine sites and an additional 75,500 doses for  pharmacies. Sidelinger said those doses should be enough to vaccinate everyone who wants an updated booster.

In recent days, some pharmacies, including Walgreens, Safeway and CVS, have started scheduling people to receive the updated booster.

The state has about two dozen vaccination sites at farmers markets, in businesses and county and state sites near populations of people of color. It also plans to open three new high-volume vaccination sites in Redmond, Medford and Eugene, but details have not been finalized. State officials said the vaccines will be widely available.

“We expect the supply will meet demand,” Sidelinger said.

The shots were developed following a push by the Biden administration for a fall vaccination campaign. Infections always rise in colder months when people spend more time indoors, which increases the risk of transmission. But unlike the other doses, they were only tested in mice – not people. Experts say that could increase resistance among some people to get the shot. Also, without the benefit of a clinical trial, scientists won’t know how successful the shots are at preventing infections, they said.

Sidelinger said as immunity from previous shots and infections wanes in Oregon, cases could rise in the fall. Graven’s forecast shows cases falling until the end of October and then rising sharply to the end of December. Sidelinger said the updated shots could protect people.

“These boosters will likely prevent a rise in severe outcomes, including severe disease, hospitalizations and deaths, even if transmission increases in the fall and winter,” he said.