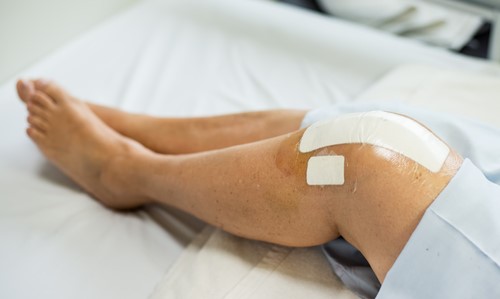 Need a hip replacement performed at an Oregon hospital? For an inpatient surgery, it could cost you – or your insurer – as much as $42,102 or as little as $29,304 depending on where you go, says a new nationwide report on hip and knee replacements. That’s a difference of nearly $13,000 for one of the nation’s most commonly performed major surgeries.

The price variations, and the potential financial impact on the patient, the patient’s insurance-providing employer and insurance companies, are one more reason patients should carefully examine their options, the report said.

The figures in the study are for 12 months of pre-surgery care, the surgery and 60 days of post-operative care. The report used 2017 data.

“Cost transparency is key for patients to work with their doctor to compare and consider the best setting of care (whether inpatient or outpatient) and specific facility for these planned procedures,” the report said.

The picture is further complicated by the fact that a rapidly increasing number of patients are getting knee and hip replacements as outpatients, a much less costly option than inpatient treatment, the report found.

The increase has been unusually fast in Oregon, where 10 percent of hip replacements and 17 percent of knee replacements for Blue Cross Blue Shield members were done on an outpatient basis in 2017, up from 1 percent and 2 percent respectively in 2010, the report said.

Outpatient treatment avoids hospital room costs, which can be substantial, even for just two or three nights.

Nationally, the number of ambulatory surgery centers - which perform a wide range of surgeries and don’t require overnight stays – has boomed. The trend has been controversial. Outpatient procedures can save insurers and the federal Medicare system a lot of money, and increase profits for surgeons, observers have said. But critics said the standalone centers are not always prepared to handle the complications that may quickly develop with surgeries. Kaiser Health News, in an investigation earlier this year, focused on numerous deaths after surgeries at ambulatory surgery centers. A trade group representing the ambulatory surgery center industry responded by criticizing the investigation as unfair.

Ishkanian said the question of whether to choose an inpatient or outpatient setting in many cases is not up to the patient. “Determining factors include the patient’s health history and whether his/her orthopedist chooses to do the procedure in a hospital as opposed to an alternative setting,” he said.

Whether the wide price variations in knee and hip surgeries affect the consumer much depends on their insurance arrangement. Individuals with top-notch insurance coverage might not care that much because they’ll foot little of the bill. But employers and insurance companies who pick up the tab are likely to be more concerned, given the relatively large cost per procedure and the burgeoning number of hip and knee replacements, including for more and more people under 55.

Price data compiled and released by the Oregon Health Authority and the Oregon Association of Hospitals and Health Systems allow consumers to compare costs for certain procedures at Oregon hospitals.

At Providence Portland Medical Center, a hip replacement cost on average $36,261, and a knee replacement $32,380.

The numbers for University District and Portland medical centers were for inpatient procedures only.

The Blue Cross Blue Shield report found that from 2010 to 2017, the volume of knee replacements for commercially insured adult Blue Cross Blue Shield members rose 17 percent, and the volume of hip replacements rose 33 percent, the study said. “During this time period, the average price of knee and hip procedures increased by 6 percent and 5 percent respectively,” it added.

Why inpatient knee and hip replacement prices vary so much from one place to another has perplexed health experts. Some major metro areas with high costs of living business might be expected to charge somewhat more. That might help account for high surgery prices in Los Angeles or San Diego. But the Blue Cross Blue Shield Association study found high costs also were being charged in such places as Baton Rouge, Louisiana., Toledo, Ohio, and Chattanooga, Tennessee.

“Health care is delivered locally and there are different competitive dynamics and cost pressures at play in every market,” said Guillermo Meneses, spokesman for the Blue Cross Blue Shield Association. To help consumers, the association has a new program, Blue Distinction Centers, which identifies hospitals that meet both high quality and affordability measures. Three hospitals in Portland -- Adventist Hospital, Legacy Good Samaritan Medical Center and OHSU Hospital --  meet that standard for hip and knee replacements, for example.

The study is part of an ongoing effort on many fronts to make health care pricing more transparent and to involve patients in understanding prices. New rules by the Trump administration now require hospitals to post prices on numerous procedures and services. But news reports said that in many cases the posted information, including the names of procedures, are all but impossible for a layperson to decipher.

Pre-negotiated case rates for knees and hips are attainable at not greater than $22,500 all in at multiple locations throughout the northwest.