September 19, 2012 -- Naturopathic medicine advocates worry that one of the many casualties of Oregon’s new coordinated care system will be Eugene resident Penelope Jones-Vaughn, who adopted a severely abused infant son with fetal alcohol syndrome from his birth mother. His symptoms included an inability to feel pain, weeklong bouts of constipation and waking up constantly with nightmares.

His pediatrician recommended a whole-grain diet to no avail, and after a year, suggested rectal suppositories. Jones-Vaughn declined the suppositories for her then-2-year-old son, considering the treatment too invasive.

With Oregon Health Plan’s coverage at the time, she then paid out-of-pocket for a naturopathic doctor, Adrienne Borg, who gave him a homeopathic dose of arsenic, but more importantly says his current naturopathic doctor, Miriam Mazure-Mitchell, listened to Jones-Vaughn about the other effects of his abuse. While other physicians had allotted 15 minutes to address the constipation only, Borg spent more than an hour also delving into techniques for addressing the nightmares.

“When I went to the naturopath, these other issues came up as well, and she gave him a single dose of a homeopathic remedy, and he pooped every single day after that for a year,” Jones-Vaughn said. “Homeopathy is like voodoo—I have no idea how it works, but I’m convinced that it works.” 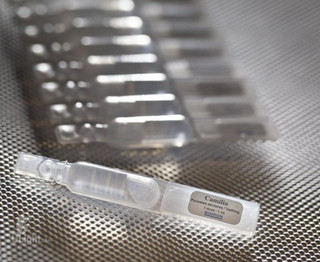 This month’s Oregon Health Plan coverage letter seemingly imperiled her now-16-year-old son’s rapport with Mazure-Mitchell, whom he had been seeing for more than a decade with his open card. In that letter, the Oregon Health Plan benefit makes no reference to naturopaths, while the Eugene-area’s Trillium Community Health Plan is one of the many Oregon Health Plan providers still trying to figure out how and if it would empanel naturopaths.

“If he was really sick and needed to see the doctor, he wouldn’t go to another doctor, and we couldn’t get him there, and that’s just one of the elements of his trauma,” Jones-Vaughn said.

Mazure-Mitchell said uncertainty about continuity of care is rapidly leading to widespread panic among naturopathic patients.

Laura Farr, executive director of the Oregon Association of Naturopathic Physicians, said Jones-Vaughn is among hundreds of Oregon Health Plan patients who are “freaking out” about their coverage. Their concern should be forefront on the minds of policymakers as well, she argued.

“The effect is that the state is actually shrinking its pool of primary care physicians, which is exactly contrary to the stated goals of the Oregon Health Authority,” said Farr, who testified before the Health Policy Board on September 11 and also raised concerns during a legislative hearing last week.

“There’s a lot of angst by naturopaths and chiropractors who are willing to work at the top of their license” and cannot get into coordinated care organizations, said Rep. Jim Thompson (R-Dallas).

“Some people in fee for service have gotten care from providers who never had contracts with the old managed care system,” Goldberg said. “It's clear from the statute that coordinated care organizations are not going to be able to discriminate based on provider class.”

Naturopathy and homeopathy have been less accepted in the healthcare world than chiropractics, largely because there’s less scientific evidence in the medical literature.

Farr says that she’s been battling an outdated impression of many physicians that naturopathic primary care distracts patients from more healthful outcomes. “This isn’t so much about discrimination about access to care for patients,” Farr said.

“We have an obligation to the state and to the community that the providers on our panel will deliver the evidence-based care required by the Oregon Health Plan,” Sattenspiel said. “We need to make sure that all of the providers who are empanelled meet those basic standards of care.”

Farr said the evidence-based arguments that coordinated care organizations make against naturopaths are a “red herring,” although naturopaths cite evidence from 13 studies in a “Systematic Review of Outcome Studies of Whole Practice Naturopathic Medicine,” presented at the International Research Congress on Integrated Medicine and Health in Portland in May.

Farr said 90 percent of what naturopaths provide in many cases is mental health counseling that other primary care modalities can't find time for. Many patients have become dependent on the continuity of naturopathic care, according to Farr and Mazure-Mitchell who says that “the issue hinges more about rights to choice of one particular or combinations of practitioners for comprehensive integration.”

All 720 active licensed naturopaths in Oregon attended four years of medical school and passed the nationally standardized Naturopathic Physicians Licensing Examination. But their statewide association estimates that 70 percent are working at less than 80 percent capacity. If barriers to coordinated care organizations were removed, according to the Oregon Association of Naturopathic Physicians, it would result in a 15 percent increase in primary care capacity statewide.

Health plans are still having discussions with the local naturopathic community and, as Sattenspiel says, “currently going through a process to develop some guidelines to evaluate applications” from naturopaths. Sattenspiel said only about 100 of his anticipated 9,000 fee-for-service Oregon Health Plan patients who will be becoming new Trillium members received naturopathic care last year, but that’s still a concern. After incorporation of those 9,000 members, Trillium's plan will have about 64,000 total members.

“The advantage that naturopathic physicians bring is better access as we expand our reach into the community,” Sattenspiel said. “But the licensure requirements do not mandate that they adhere to best evidence-based practices, it just says that they have met the requirements.”

Naturopaths have heard these arguments before and worry that the “wait and see” message could go on for another decade.

“Now the CCOs are operational, and we have this situation where people are losing their primary-care provider of choice,” Farr said. “The CCOs are giving us this stall tactic of ‘we don’t know what to do with you yet,’ but naturopaths bill under the same complexity and diagnostic codes.”

Goldberg said that rules would be coming out soon clarifying the role of naturopaths within coordinated care organizations, and also promised to update legislators when they meet again in December.

Image for this story by Rafal Kiermacz (CC BY-NC-SA 2.0) via Flickr.

So who says MDs use "evidence

So who says MDs use "evidence based practices?" Yet they are accepted only on the basis of their degree. Why shouldn't people be able to see an ND and have their insurance pay for it? If you have the same capitation rates, why should it matter whom you see as a primary care physician? This EBP stuff is a bunch of crap. Look at the "evidence" that Vioxx was safe and that SSRIs didn't cause suicidal behavior which was relied on for years until it was found that the "evidence" was doctored and the real evidence was buried intentionally so the docs and the pharmaceutical companies could rake in the bucks. Give me a good naturopath or chiropractor any day.

The emerging heath care system's reliance on evidence based medicine is laudable. Every branch of the healing arts aspires to be effective in relieving human suffering. Unfortunately, the prevailing understanding of what constitutes evidence based medicine incorporates two flaws that weaken it's actual ability to accomplish that aspiration. The first is an often unquestioned trust in clinical trials. In a perfect world, clinical trials would be extremely helpful in uncovering actual efficacy in medical therapeutics. But we live in a somewhat darker than perfect world. In a 2005 article, "Medical Journals Are an Extension of the Marketing Arm of Pharmaceutical Companies," (Smith R (2005)PLoS Med 2(5): e138..doi:10.1371/journal.pmed.0020138), Richard Smith relates" “Journals have devolved into information laundering operations for the pharmaceutical industry”, wrote Richard Horton, editor of the Lancet, in March 2004. In the same year, Marcia Angell, former editor of the New England Journal of Medicine, lambasted the industry for becoming “primarily a marketing machine” and co-opting “every institution that might stand in its way”. Jerry Kassirer, another former editor of the New England Journal of Medicine, argues that the industry has deflected the moral compasses of many physicians." Richard Smith was an editor for the British Medical Journal for 25 years.For the last 13 of those years, he was the editor and chief executive of the BMJ Publishing Group, responsible for the profits of not only the BMJ but of the whole group, which published some 25 other journals. If we base our evidence on clinical trials designed to increase the profits of an industry at the possible expense of real therapeutic efficacy, what is our "evidence" really worth? Finally, I would suggest that it is difficult to evaluate the true value of holistic medicine using evidence based methodology. It is nearly impossible to isolate variables in an approach that incorporates nutrition, structural health, energetics (e.g. "chi"), psychology, lifestyle, interpersonal and perhaps spiritual health. This does not mean that practitioners who seek to integrate mind and body and community in their therapeutic approach are not legitimate, only that current methodology is not sophisticated enough to evaluate such approaches. This value can begin to be measured in the changed lives of patients who are fortunate enough to have found a practitioner who has the intelligence, the expanded paradigm, and who sacrifices income to take the time to practice holistic medicine. I would also suggest that such practitioners, by being both preventative and holistic, are the very ones who can bring the essential savings that Dr. Kitzhaber's brilliant idea of CCO's demand. Leaving naturopathic physicians out of the CCO equation will significantly limit both the creative vision that successful implementation will take, as well as reduce desperately needed numbers of primary care physicians to accomplish the CCO's mandate.