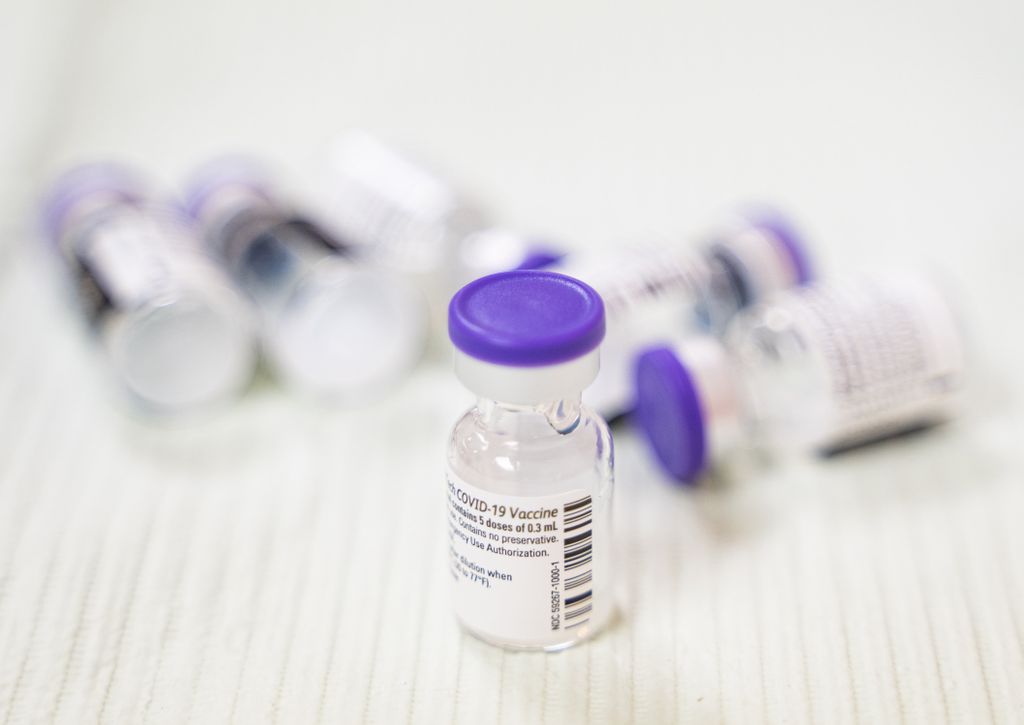 A new survey by University of Oregon researchers found that Native Americans have been disproportionately affected by long COVID and have lower vaccination rates than the state average.

The report, The Race Against Covid Is Not Yet Finished, also found that the state is severely undercounting cases and that the online reporting system for at-home tests is “burdensome,” requiring up to 45 minutes to complete.

The survey also said that a fraction of the population continues to believe falsehoods about COVID, including around 20% who think the Chinese government secretly created the virus and that wearing a mask provides no protection. There are even people – 1% of those surveyed – who think that 5G cell phone networks cause COVID, while less than 10% said the vaccine changes a person’s DNA.

University of Oregon researchers hired a polling firm, Centiment, to conduct the survey. It was done between May 11 and May 18 during the latest omicron surge. It gathered nearly 700 responses, with about half in rural areas and half in urban centers. Ben Clark, co-author of the report and co-director of the Institute of Policy Research and Engagement at the University of Oregon, said that sample size is enough to draw conclusions.

An Oregon Health & Science University forecast predicted that the current surge would peak in early June. But the virus continues to spread, with two new highly infectious variants. Oregon Health Authority data show that daily cases rose last week to a seven-day average of 1,700 new cases a day. In mid-May, they averaged about 1,500 new cases a day.

“There is a lot of sense that the pandemic is over and it’s not,” said Ben Clark. “We are seeing some increases in hospitalizations.”

According to Apprise Health Insights, a research group affiliated with the Oregon Association of Hospitals and Health Systems, 413 COVID patients are currently hospitalized in Oregon. That compares with 300 on June 19.

But concern about the pandemic is mixed.

“These differences are statistically significant,” the survey said.

The report said Oregonians “may want to move on from COVID” and think it is not getting worse. “The data do not back up that belief,” the survey said.

Director Patrick Allen of the Oregon Health Authority has often acknowledged that the state is undercounting cases. But the survey said the state may be missing 45% of cases. One reason, the report said, is the Oregon Health Authority’s website for residents to report at-home tests. It takes as long as 45 minutes to answer all the detailed questions, including about race and gender identity.

“My doctor’s office wouldn’t ask these questions when I tested positive,” Clark said.

When he was sick with COVID, he tried to report it on the website. He said he gave up after five minutes of answering questions. He said the health authority is seeking data of interest, but he said most of the questions undermine the state’s ability to more closely track cases.

“All of these other questions don’t make any sense at this junction,” Clark said. “The survey should take a minute and a half – at most.”

The Health Authority did not respond to a request for comment by mid-afternoon Tuesday.

Another finding in the report related to Native Americans. It found that more than 30% have suffered from long COVID, which includes months of fatigue, “brain fog,” insomnia or other symptoms.

“Every single Native American in our survey who reported having had COVID also indicated suffering from long COVID,” the survey said. Thirteen Native Americans were interviewed, about 2% of the sample.

“We find similar results with extended family members,” the report said. While 4% of Oregonians say someone in their extended family had long COVID, 15% of Native Americans said that was the case.

“We were somewhat surprised,” Clark said. “It’s well known around the United States that people in the BPOC community have been more severely affected by the pandemic.”

Vaccinations appear to play a role in long COVID, the survey said. The rate of unvaccinated people with long COVID – 14% – was more than double the rate among vaccinated Oregonians – 6%.

“The risks of not being vaccinated go well beyond getting COVID, but also increases the risk that comes with having long COVID,” the report said.

So does hospitalization for COVID.

“Because vaccinations reduce the likelihood of severe illness and hospitalization, it is quite clear that vaccinations, as part of a broader strategy, can also reduce the prevalence of long COVID,” the report said.

According to Oregon Health Authority data, 64% of Native Americans are fully vaccinated, compared with nearly 80% of white people and 82% of Asian Americans.

Nearly 77% of Oregonians age 18 and older have had a full course of COVID vaccines, and 46% have received a booster dose. That’s not budged much in the past month, according to the report. It found that about one-fifth of Oregonians will never get a COVID vaccine and that 17% got vaccinated because of the mandates for government workers, educators and health care personnel.

The report found that Oregon is “way behind” on vaccinating children over 5.

Clark also said that the approval of two new vaccines for children under 5 offers a new opportunity to increase the vaccination rate in Oregon.

“That’s our last large group that hasn’t been vaccinated,” Clark said. “(There) needs to be a concerted, multi-level effort to get through to parents about the safety of the vaccines for kids.”

The top reason participants cited for not vaccinating children was a belief that the medications were rushed to market. Many parents were also concerned about side effects and some said they didn’t think COVID vaccines work well.

Clark – and other researchers – said the data undermine those beliefs.

“These were the most tested of any vaccine we’ve had in modern times,” Clark said.

Clinical trials found relatively few side effects. They resembled those for adults. Clark said data show the vaccines are effective.

He said that family providers, not politicians or a state agency, would be most effective in getting those messages out.

“OHA needs to provide support to those doctors’ offices,” Clark said. “They are the people that parents are going to trust.”

He said the higher the vaccination rate, the lower the cases of long COVID, hospitalizations and deaths. Health authority data show that the state has logged 806,000 cases of COVID and nearly 7,800 deaths.

Clark said spreading the data about the vaccines could also head off another potential problem: hesitancy toward all childhood vaccines such as polio and measles, for example.

“There is a lot of concern long term that people’s hesitancy around COVID vaccines will spill over into these other childhood vaccines that have been very common for the last half century or longer and we will start to see all these diseases that we thought were eradicated coming back,” Clark said.