Oregon's program stands out because it addresses multiple factors – not just prevention of pregnancy and STDs
By:
Christen McCurdy

May 14, 2012 -- Four years ago, public health officials in Oregon developed a program for adolescent sexual health that national experts are now pointing to as a blueprint.

“I think what we find interesting about the Oregon program just to be very upfront is not just that it's a strong one, but that it's a leading one,” said William Smith, executive director of the National Coalition
of STD Directors in Washington, D.C. 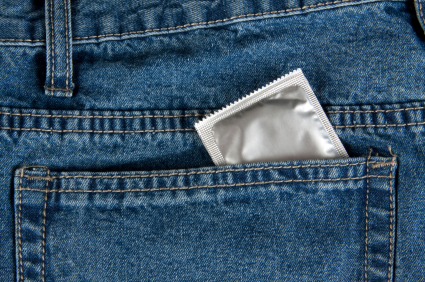 Programs elsewhere in the nation are beginning to follow suit.

Oregon stands out, Smith said, because it deals with inequities and looks at how the social determinants of health – including income, family status and racial or ethnic background – can affect sexual health
outcomes among young people.

“We've worked toward trying to be inclusive of alternatives to the traditional heterosexual beings, and try not to be shaming” of lesbian, bisexual, gay and transgender youths, Foster said.

The plan notes that sexual health disparities affect youth in diverse ways. For instance, people with developmental disabilities are four times as likely to be sexually assaulted compared to people without
such disabilities, and a disproportionate number – by some counts, up to 40 percent – of youth living on the street identify as a sexual minority.

All of those factors can influence health outcomes in general, though Smith said the research connecting socioeconomic status to sexual health is still preliminary – and something his coalition is working on with the Centers for Disease Control and Prevention. Some correlations have been studied between family stability and teen pregnancy, as well as housing status and STD status – though much of the latter research has focused on compliance with treatment rather than prevalence of diseases, Smith said. The state's programs have included peer outreach programs, “chat nights” about sexual health and the involvement of adult mentors, Foster said.

Smith also noted that one of the keys to success in Oregon's program has been the partnership between the public sector and the private, nonprofit sector – something he emphasizes in discussions with health
leaders from other states.

“Buy-in from nonprofit partners and the public health sectors have been absolutely critical to its success,” Smith said.