Judge Edward Jones wants to have the final say on which people charged with crimes are sent to the Oregon State Hospital for stabilization as they await trial, with an eye toward reducing the prosecution of misdemeanors. He believes that this coordination will stop the county’s steeply increasing use of the state’s mental hospital.
By:
Chris Gray 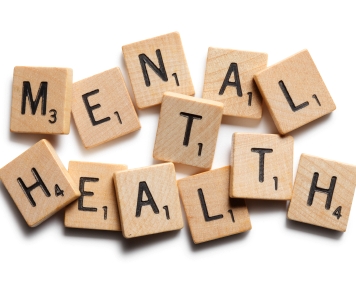 Multnomah County Judge Edward J. Jones has unveiled plans to put all criminal cases where the accused may need to be stabilized for mental health problems onto one docket -- his own, with the hope that a more organized approach will reverse Multnomah County’s skyrocketing use of the Oregon State Hospital.

“We’re going to centralize the aid and assist docket starting in September,” said Jones, who told The Lund Report that 19 different Multnomah County judges had ordered individuals to the state hospital in the past year, each with a slightly different approach to justice for people who may need medical help to aid and assist in their defense.

The number of people housed at the state hospital to be stabilized for trial has soared over the past year, and roughly two-thirds of the growth has come from the state’s largest county, Multnomah. The county represents just 20 percent of the state, but it accounts for 25 percent of the patients hospitalized as they await a criminal trial.

The total hospital population for this group jumped from 164 a year ago to 227 in March. That number has now fallen to 201 aid-and-assist patients, but that’s still twice the 100 people that the hospital stabilized at any one time five years ago. Throughout the ‘00s, the patient count was below 100. In 2014 and 2015, the numbers hovered around 150.

“It goes on a lot, and it seems like we could come up with a better thing to do,” said Jann Carson, the associate director of the American Civil Liberties Union in Oregon.

The numbers paint a troubling story for how the state’s largest county is treating mentally ill people who come into contact with law enforcement. Between June 2014 and June 2015, Multnomah County had 30 mentally ill residents accused of crimes housed at the state mental hospital, veering between 25 and 35 patients in that 12-month period.

Starting last September, those numbers started to tick up until they ballooned to 69 patients in March. The population county from Multnomah County has since dropped to 49 people, but that’s still 67 percent higher than a year ago and about twice as high as other points in early 2015.

Jones isn’t certain what led to the recent leap in state hospital referrals, but in addition to the poor coordination among judges, he blamed a paranoid environment around patient privacy laws.

He said the misunderstanding of these laws created a communication barrier between doctors at the Multnomah County Jail and the inmates’ regular providers -- causing lapses in medication that lead to more state hospital referrals.

“With coordination, we’d do much better for these people,” he said, which is permissible under the Health Insurance Portability and Accountability Act, or HIPAA, the chief federal medical privacy law.

About two-thirds of the Multnomah County patients are at the state hospital for misdemeanors, which Jones said he’d like to greatly reduce once he steers all the cases to his court. Some of those charges stem from domestic violence situations, but others are truly petty, quality-of-life crimes, such as disorderly conduct or public urination, charges that often get dismissed.

Referring to a recent referral to the state hospital, where the individual might be held for months, Jones said: “If he’d been sane, his case might have been over in days.”

Jones doesn’t know know how Clackamas avoided sending people to the state hospital, but Chris Bouneff, the state director for the National Alliance of Mental Illness, said Clackamas has traditionally had a much more progressive mental health court than Multnomah, using the court to divert people out of the legal system toward treatment or social service assistance.

Bouneff said Multnomah County had a policy of requiring the accused to plead guilty before they could enter the mental health court, a huge deterrent. It was unclear if this was still its policy.