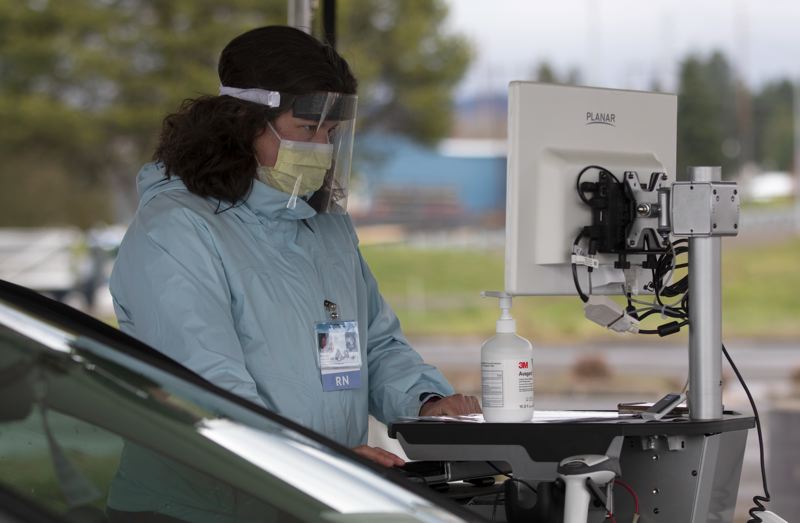 COVID-19 is spreading through several Pacific Islander populations and among Somali, Congolese and Bhutanese refugees.

Trauma, economic inequality, inadequate translation and interpretation and religious and cultural practices have all contributed to the disproportionate spread of the virus among those groups, experts said.

In a press conference Tuesday, public health staff detailed an extensive effort to conduct outreach and get support to those affected.

The county directly employs bilingual and bicultural case investigators and contact tracers and is funding community organizations to hire health outreach workers to provide support and education to the refugee and immigrant communities.

But county staff also acknowledged that it will be difficult to stand up that effort quickly enough to slow or stop the virus, for a number of linguistic, logistical and cultural reasons

“The spread of infection is happening very rapidly,” said Kim Toevs, communicable disease director for Multnomah County. “It’s not the same specific communities right now, that it was three weeks ago, or that it was three months ago.”

Some of the same factors that first introduced and spread the virus in the Latino community in Oregon now appear to be pushing it into smaller communities of refugees and immigrants.

Certain ethnic and language groups are overrepresented in the food processing industry and in health care work, which have been major drivers of outbreaks in Oregon.

The Pacific Islander community includes people from Samoa, Guam, Palao and the Marshall Islands. The groups speak a variety of indigenous languages.

The community identified itself as experiencing an outbreak in May.

Pacific Islanders are 0.2% of Oregon’s residents, but account for 3% of the state’s COVID-19 cases.

Ala’ilima says in some cases, Pacific Islanders who work in food processing have brought the virus home, where it has infected multiple generations or multiple families who share housing.

Ala’ilma recounted an example of workers in a food processing plant who were given personal protective equipment, but eventually took it off because the labor was so physically demanding.

“Some of them are drenched. Sometimes they’ll take off their mask, because they can’t breathe at that point,” she said. “We need a food processing liaison to explain to workers that they have rights.”

Ala’ilima said a lack of access to properly translated information about COVID-19 has also contributed to the disproportionate spread of the virus among Pacific Islanders in Oregon.

Djimet Dogo, with the refugee service group IRCO, said language barriers and shared housing have similarly contributed to the spread of coronavirus among refugee groups.

In the Bhutanese community, for example, he said 16 families — amounting to 95 people — have become infected.

According to Dogo, gatherings including religious services held in apartments are also an issue.

Toevs, with Multnomah County, said that the reopening of Oregon’s economy has encouraged people to start getting together with friends and family again.

“Reopening means people are starting to reengage with extended family and friends that they had not been in contact with the previous months,” Toevs said.

“We’ve had too fast and too much of an increase in people expanding their social connections.”

Community Outreach Versus The Virus

The county employs bilingual case investigators who conduct follow up phone calls with everyone who tests positive — and can send translated information via text as well.

IRCO is deploying community health care workers the county trained three years ago to do education and outreach to specific refugee groups.

IRCO is also planning testing drives, and Dogo is creating audio recordings of information about COVID-19 that can be shared with refugees over WhatsApp to better reach people of limited literacy.

Dogo said that the support coming from Multnomah County isn’t enough to reach everyone with properly translated COVID information.

A final challenge has been winning the trust of populations who may fear government intervention in their lives. Refugees, by definition, have generally fled countries where they were subjected to state-sponsored persecution and violence.

Dogo said some refugees fear that testing might infect them with the virus. Ala’ilima said some Pacific Islanders who have tested positive for COVID have told her they don’t want to reveal how many people live in their household, for fear they could face eviction for breaking the terms of their lease.

Multnomah County’s health officer, Dr. Jennifer Vines, acknowledged that it can take years to build the kind of trusting relationships the county now needs to fight the virus.

“These relationships are not easy to build in the middle of a public health emergency,” Vines said.

Vines noted that after the H1N1 flu pandemic, the county had plans to invest in ongoing public health work with refugee and immigrant communities.

“Unfortunately, some of that work ended up succumbing to shrinking budgets,” Vines said. “This is simply a renewed lesson about having these relationships in place, not only ahead of an emergency, but in an ongoing way.”