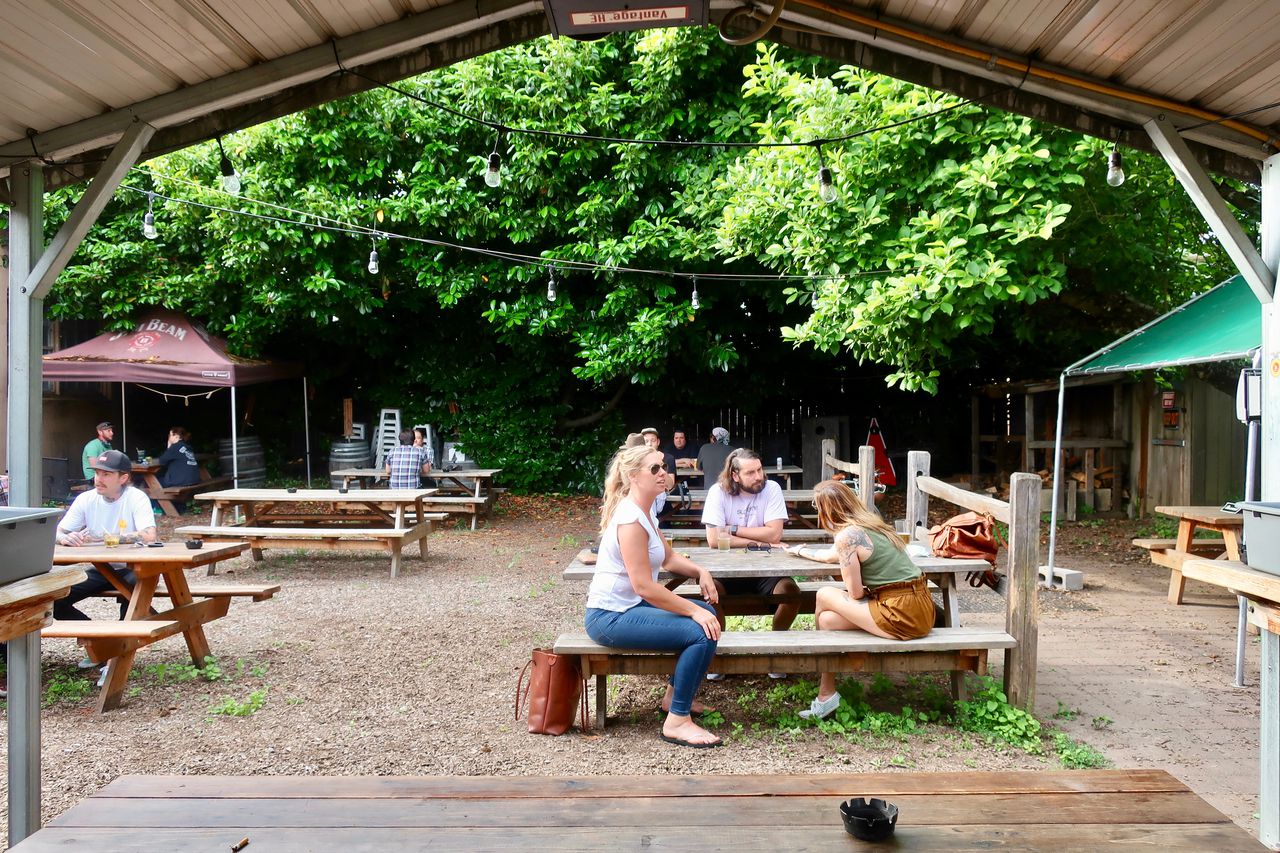 For businesses and residents hoping Portland area counties will move into Phase 2 of coronavirus reopening this week, county leaders have a message:

In fact, it may not happen for several weeks, as tri-county public health officials wait to see if the July 4th holiday weekend generated another spike in cases or a deterioration in the indicators that state health officials are monitoring to make reopening recommendations.

Gov. Kate Brown linked Multnomah, Washington and Clackamas counties for reopening purposes because of their interconnectedness. Friday marks the 21-day threshold since the governor approved Multnomah County to move into Phase 1, which allowed limited seating at bars and restaurants, reopening of salons, gyms and other personal services, and gatherings of up to 25 people. That means each of the three counties could apply, or in Clackamas County’s case, reapply on Friday to move into Phase 2, which further eases restrictions.

But none of the counties is meeting all the Phase 2 criteria laid out by Brown and the Oregon Health Authority. Case counts have increased in some cases and public health officials note worrisome trends in the rates of positive tests, as well as the counties’ inability to trace new cases back to a known source. Hospitalization rates and deaths are still low, and officials say there is still plenty of capacity in local hospitals. But they are concerned about an uptick in hospital admissions, and what could happen if recent modeling showing a possible statewide surge in infections by the end of July comes to pass.

Leaders from all three counties are emphasizing that the reopening timeline depends on the public’s willingness to embrace social distancing and face coverings to stanch a resurgence of the pandemic. But county leaders have yet to present a united front on reopening, and have not joined forces in a region-wide public awareness campaign. In fact, both Clackamas and Washington counties have unsuccessfully asked the governor to decouple them from the others, and Clackamas County has already had its Phase 2 application denied once.

Multnomah County Chair Deborah Kafoury said Tuesday said she’s always taken the position that the three counties should move in concert. And if you look at the metrics, she said, “you can see the tri-county region is not ready to apply for Phase 2 of reopening.”

Kafoury said that while those metrics are key, public health officials are still learning about the virus daily, including how it’s transmitted, the increase in cases among young people and the potential for lingering health effects.

“I’m worried folks are a little too focused on getting to the next phase and think everything will be okay then,” she said. “Until we have vaccine, everything is not going to be okay.”

Washington County officials declined to make a definitive statement about their Phase 2 plans. But at a meeting with public health officials Tuesday to review the county’s public health indicators, commissioners questioned whether it was at risk of moving backwards.

“Right now, I just feel like Phase 2 is not going to happen for a while,” said Commissioner Dick Schouten. “Considering the enormous problems in places like Phoenix and Houston, Texas, where they’re making decisions about who gets to live and die, they have topped out their hospital systems and ventilators, etc. If we can stay in Phase 1 and not have to get back to phase zero, I almost feel like that’s a good thing. We’re going to have to work really hard to stay in Phase 1.”

Commissioner Jerry Willey said he didn’t think it was feasible the county would move forward in July, and questioned whether the public was aware of how badly the county was faring with respect to the criteria state officials are monitoring for reopening decisions.

Marni Kuyl, the director of Washington County’s Health and Human Services Department, responded that the county was only really meeting one of the basic Phase 2 criteria: the ability to contact 90% of new cases within 24 hours.

“Some are getting closer, but the only one we’re passing is the one that public health really controls,” she said. “We’ve been discouraged by our data. At this point all three counties are basically in the same boat.”

The Oregon Health Authority will update its data for all counties Wednesday.

Case investigators in Washington County have been unable to link nearly half of new infections to a known case in the last seven days, well above the governor’s criteria of 30% and a worrisome sign of community spread in the county. Kuyl said contract tracers are also beginning to get pushback from community members who are unwilling to cooperate with case investigations.

The percentage of tests that came back positive over that period was 10%, double the governor’s threshold of 5%. The county has also seen a slight uptrend in hospitalizations over that period, though Kuyl said the numbers are still small and the county currently has more than adequate intensive care unit and respirator capacity.

“I know people are anxious to move into Phase 2 and beyond, and the only way that’s going to happen is if people do what they can, every individual,” Kuyl said, reiterating the need to avoid public gatherings, maintain physical distance and wear face coverings. “Because public health is doing everything we can do.”

Multnomah County Commissioners will hold another briefing Thursday to review the county’s status. Based on last week’s numbers, the Oregon Health Authority said the county was failing to meet two of the criteria.

Last week, county officials noted that the rate of spread was worrisome, that hospitalizations were trending up and that case investigations were being slowed by limited testing capacity in the face of rising demand.

Health Officer Dr. Jennifer Vines cautioned that the county wasn’t on a linear reopening path. “I want to temper expectations that we are on a forward march,” she said.

Clackamas County entered Phase 1 on May 23, so has been waiting the longest to move into Phase 2. The Oregon Health Authority Covid-19 dashboard showed the county failing to meet two of the six indicators last week, including an uptrend in hospitalizations and an inability to trace almost 40% of new cases to a new source.

At a briefing Tuesday, Nancy Bush, the county’s disaster management director, said case investigators were working on active outbreaks, including at 11 long-term care facilities, eight workplaces, one social gathering, and eight workplace exposures that have not resulted in outbreaks.

Jim Bernard, the county chair, said Tuesday that he doesn’t think Clackamas will apply this week, but hopes it will next week.

“I’m willing to keep asking for the governor to cut us loose from Washington County and Multnomah County because I’m worried about our businesses, and I don’t know if Multnomah or Washington are going to reach those six measurements in the next 30 days,” he said. “I think it’s possible we can, and I will ask her again. There’s no harm in asking.”

On the other hand, he said he’s not moving forward “at the risk of life…I’m not going to risk lives so 50 people can get together.”

This story was originally published by The Oregonian/OregonLive and is posted her through an agreement among more than a dozen Oregon media outlets that are sharing coronavirus content.