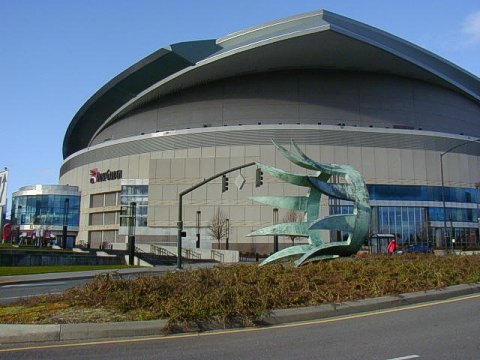 The Affordable Care Act has drastically expanded access to healthcare in Oregon, but new documents obtained by The Lund Report show that the state’s leading insurance companies have largely missed out on the boom. In the first three months that the law's major coverage rules were in effect, 40,809 new people enrolled in individual private health plans - while 18,884 people lost the type of group health insurance usually provided by employers. Enrollment in these traditional comprehensive health plans has climbed 2 percent so far this year – with Moda Health reaping nearly all the gains. Compare that to the new coordinated care organizations created to oversee health reform: they added 237,793 new members over roughly the same period, a 45 percent increase.

As of March 31, about 1.1 million Oregonians were enrolled in traditional health insurance plans, either purchased individually or obtained through their jobs, according to reports filed with regulators and obtained through public records requests by The Lund Report. That’s nearly matched by the 935,026 people who are now signed up for Medicaid-funded programs that target the poor and low income. If current growth rates continue, Medicaid enrollments could surpass traditional health insurance plans in Oregon later this year. As they lose clout, the state’s leading health insurance companies are also losing money: five of the Oregon seven major domestic insurers reported net losses in the first quarter of 2014.

The biggest winner among insurance companies has been Moda Health, which saw its enrollments climb by 78.5 percent from the end of 2013 through March 31 of this year. Moda offered the lowest-priced plans in many coverage tiers listed on the Cover Oregon exchange. It signed 58,559 people up for individual coverage, and also added 22,463 group health plan members at a time when other insurers were shedding group enrollments. Those gains came at a financial cost, however. Moda reported a $4 million net loss in the first three months of 2014, compared to a $2.5 million profit in the first quarter of 2013. (Insurance companies are required to maintain vast reserves, so a quarterly loss does not threaten their financial stability.)

Moda is still dwarfed by the state’s two insurance giants, Regence BlueCross BlueShield of Oregon and Kaiser Permanente Northwest. Those two companies, which each insure close to half a million members, both lost market share in the first three months of 2014. Kaiser reported a $15.5 million first-quarter net loss, and Regence BCBS reported a $7.4 million net loss during the same period.

As of March 31, here’s what we know about how the state’s seven major health insurance companies ranked:

Although these companies report how many people they cover through traditional health-insurance plans, thousands of Oregonians work at employers that are self-insured, such as Nike, Intel, Oregon Health & Science University and the state government. These self-insured numbers are not included in insurance company reports, so the full picture is incomplete. Adding to the uncertainty is the recent revelation that insurers have not seen all of the monthly premiums that went through Cover Oregon, and it’s not clear how these payment problems may have led to shifts in enrollment numbers.

Federal health reform aimed to expand access to insurance for two different groups: Poor people eligible for Medicaid coverage, and working people who could not get traditional insurance because of pre-existing conditions, or because the health insurance marketplace was too difficult to navigate.

Oregon has long been issuing monthly reports about Medicaid enrollment growth, which has come about through a state-specific take on the Affordable Care Act. Sixteen coordinated care organizations have been set up around the state. People with low or no incomes are assigned to a CCO, and are expected to turn to healthcare providers within that CCO’s network for all of their medical needs, including mental health and dental care. Efforts to bring eligible Oregonians into these programs have succeeded at significantly boosting healthcare options for the poor.

The data compiled in this story provides the first comprehensive look at the non-Medicaid side of the equation. As of Jan. 1, traditional health plans are prohibited from denying coverage to people with pre-existing health conditions, and many people who earn too much for Medicaid can get financial help paying for insurance. Every adult in the country is required to obtain health coverage this year or pay a fine.  But reports from insurance companies suggest that many people who bought through Cover Oregon this year were already insured before the recent Affordable Care Act changes.

Meanwhile, employers seem to be dropping their traditional health insurance plans. Comprehensive group coverage fell by 30,111 members in the one-year period ending March 31, 2014. (It is possible that some of these people were shifted to self-insured employer plans that would not be reported to the state.)

With employer coverage shrinking and individual coverage up less than the numbers suggest at first, the number of Oregonians with traditional comprehensive health insurance plans was actually up a mere 3,382 people in the 12-month period that ended March 31 – while the state’s Medicaid-funded coordinated care organizations signed on 224,822 new members.

Pulling together state reports on CCO enrollments, insurance company membership documents, and figures from the Centers for Medicare and Medicaid, we can get a big-picture look at how people in the state pay for healthcare. In the first quarter of this year:

In early April, Oregon’s coordinated care organizations signed on another 56,200 lives, bringing total enrollment in these plans to close to 830,000. Including non-CCO plans, Medicaid enrollment in Oregon was at 935,026.

In a state with 3.9 million people, that leaves about 1.4 million unaccounted for. It’s not clear how many are uninsured, and how many might be covered by employer-sponsored plans or other types of insurance that are not a matter of public record.

At Regence BlueCross BlueShield, whose executives have historically advocated for free-market-driven insurance reforms, a surprising share of total enrollment is through government-backed programs. Just 40 percent of Regence BCBS’s members are enrolled in comprehensive health plans – 152,400 in group-style plans, and 36,380 purchased on the individual marketplace. The insurer also has 62,900 Medicare Advantage members – people over age 65 who opt-in to privately-administered, government-overseen plans. Another 59,400 Regence BCBS members are enrolled in federal employee health plans. And 80 percent of vision or dental plans issued by major health insurers in Oregon come from Regence BCBS, which had 108,003 people enrolled in these plans as of March 31.

When it comes to issuing traditional health insurance, Kaiser Permanente far outranks Regence BCBS.   Kaiser had 352,408 people enrolled in comprehensive group insurance plans as of March 31, and another 21,514 in comprehensive individual plans – these two categories make up 80 percent of all the lives Kaiser insures in Oregon. The company also had 70,758 Medicare Advantage members and 21,593 federal employee members.

Moda Health stands out among Oregon’s establishment health insurance companies. Since changing its name from ODS several years ago, Moda has made a series of bold business moves, first buying naming rights to the arena where the Portland Trail Blazers play, then offering some of the lowest-priced health plans listed on the Cover Oregon exchange. While its longtime competitors generally offer a mix of traditional, Medicare, Medicaid and other health plans, Moda is almost exclusively focused on traditional comprehensive plans, which account for 99 percent of its members. Its low individual marketplace pricing seems to be winning people over. Enrollment is up nearly twofold in the past year, largely because of people buying plans without an employer. These individual plans account for 94,214 of Moda’s members, while group plans add another 58,118.

Three newcomers to Oregon’s health insurance scene have also reported their early progress at responding to a changing marketplace.

New York-based Freelancers Co-Op made headlines when it announced that it would start two health insurance companies in response to the Affordable Care Act – one in the greater New York City area, the other in Oregon. But Health Republic, which grew out of Freelancers Co-Op but is is now independent  -- was unable to compete with the lowest-rate health plans on the Cover Oregon exchange. Since starting Jan. 1 with no members, Health Republic had grown to cover 1,921 people in the state by March 31.

Oregon’s Health Co-Op, another fledgling insurer, has enrolled only 533 people in its first three months.

BridgeSpan, which started offering Oregon health insurance in January, was not born directly out of healthcare reform, but was re-shaped in response to changes in the law. A subsidiary of Cambia Health Solutions and a sister company to Regence BlueCross BlueShield of Oregon, BridgeSpan has become Cambia’s individual health insurance brand. In the first three months of 2014, it enrolled 3,654 people in individual health-plans.

For a detailed look at how the insurance companies fared during the first quarter, click here.

Image for this story is by Ajbenj at en.wikipedia [Public domain], from Wikimedia Commons.

Clarification: This story has been updated to clarify that member enrollment figures are only for the first quarter of 2014, and do not reflect new sign-ups since March 31, and to clarify that Health Republic is now independent of Freelancers Co-Op of New York. In addition, a sentence speculating about the financial health of small insurers was removed.

Do we know how many of those now insured thanks to new ACA provisions, lost or left a job with insurance, so that they would now be uninsured but for ACA's guaranteed issue despite pre-ex conditions, or its premium subsidies?

Are they counted as "already insured," therefore no credit is given for them as newly insured under ACA because a year earlier they happened to have job and insurance?