The Oregon Educators Benefit Board is redoing its contract, hoping to reduce medical inflation for school districts by asking insurers to do a better job coordinating care. The contract may be Moda’s to lose, since it currently provides care to most teachers. But Kaiser and Providence could be added in certain counties, and Regence and UnitedHealthCare also have competitive statewide bids.
By:
Chris Gray 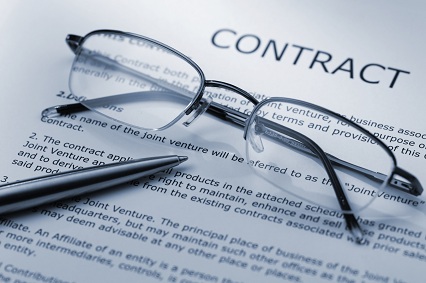 The Oregon Educators Benefit Board has winnowed down its finalists for its revamped contract, calling back five health plans to be interviewed by the board members later this month.

Moda Health has the lead in two separate delivery structures, winning the bid in a scoring matrix based on premium cost, innovation and network adequacy prepared by actuarial consultants from Willis Towers Watson. The matrix counted for 75 percent of the overall bid -- the final quarter will be calculated from the board interviews, which could provide an opening for Moda’s competitors to make their case for a contract.

OEBB will conduct those interviews absent its new director, James Raussen, who remains on paid administrative leave during a personnel-related investigation by the Oregon Department of Justice. Willis Towers Watson billed the state $153,000 as it conducted its scoring metric on behalf of OEBB.

The benefit board will look at two different models -- a traditional statewide preferred provider organization, and an “organized system of care” model, where health plans innovate to deliver better care at a lower cost through coordination and a primary care home. OEBB could follow the lead of PEBB and pick one statewide plan and two or three coordinated plans in each of four regions.

“It’s an OEBB desire that every member have the opportunity to participate in an organized system of care,” said board member Tom Syltebo. Just as with PEBB, the state’s strategy behind revamping the  health plan for school districts is to reduce the rise in healthcare costs by coordinating, rather than cutting care, and perhaps even improve health outcomes by aligning the financial interests of doctors and hospitals with their patients’ best interests.

Moda Health is the favorite for several reasons: 1) It’s currently the primary health plan for OEBB members, along with Kaiser Permanente 2) Most OEBB members already have a relationship with Moda’s contracted physicians 3) Moda has been a leader in coordinated care, operating the Eastern Oregon Coordinated Care Organization for Medicaid and offering a coordinated platform for much of the state through PEBB.

Moda is followed on the statewide plan by Regence BlueCross BlueShield and UnitedHealthcare, which had almost identical scores.

United offered the best premium rates, but may have been able to do so because it had the most select -- limited -- networks, driving a harder bargain with providers. Regence had better networks than United, but not as good as Moda.

On the coordinated model, Regence did not submit a bid, and Moda will compete with Kaiser and Providence Health Plan as well as United. Kaiser is only bidding in the Willamette Valley while Providence also placed bids only in the valley, plus Clatsop and Hood River counties.

Providence provides the statewide contract for PEBB, but did not bid on that platform for OEBB. PEBB has slowly but steadily been steering its members away from the statewide plan to the coordinated care models through lower premium costs. The statewide plans remain primarily for those members who want or need a much wider network of providers.

United scored considerably lower than Moda on its coordinated models, but was included for the interviewing to give the full board a competitor to Moda in all 36 Oregon counties.

PacificSource and Atrio Health Plans also placed bids but were rejected in the first round.

All the finalists except Providence will also bid on the vision contract for OEBB, along with VSP Vision Care, which only does optical health plans. Moda is also the favorite for this contract.

Syltebo favored having a medical health plan also provide optical care, since it may help eye doctors coordinate with primary care physicians and manage conditions such as diabetes. “There’s this communication between the eye providers and the rest of the medical community,” he said.