GOBHI, which provides mental health benefits in 17 rural counties, has been leading discussions with physical and dental organizations, to create a coordinated care organization
By:
Amanda Waldroupe 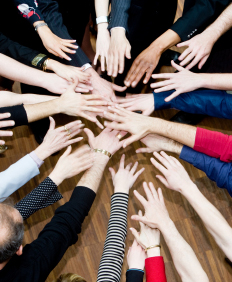 November 21, 2011—A mental health organization is leading the charge toward transformation. Greater Oregon Behavioral Healthcare, Inc., (GOBHI), based in The Dalles, is in active discussions with a multitude of healthcare providers to become a coordinated care organization (CCO) by next July.

CEO Kevin Campbell has been meeting with federally qualified health centers, rural health clinics, public health departments, hospitals, county commissioners and primary and dental care providers in 17 rural counties -- many of which are east of the Cascades.

It’s unusual for a mental health organization to charter the path and attempt to coordinate physical, mental health and dental care on behalf of Oregon Health Plan patients. Elsewhere, organizations such as CareOregon and hospital systems such as St. Charles Hospital are heading in that direction.

GOBHI is well positioned to transition into that role because it manages mental health benefits for more than 70,000 Oregon Health Plan patients who live in 17 rural counties.

“We really need to focus on individuals who have complex needs, and wrap services around them in a team-based effort, and have community ownership of the system of care,” Campbell said.

Dale Jarvis, who’s been consulting with GOBHI said, “The idea they’ve been working from is that we can actually leverage what we’ve learned and support communities in rural Oregon. They have a much stronger foundation than you would think at first glance. It’s not nearly as complex as the tri-county area,” he continued, referring to Multnomah, Clackamas and Washington counties.

Campbell’s main concern in creating a CCO is that “no part of the state gets left out.” Geography and the distance between providers and the rural communities is a perennial problem when delivering healthcare. “If you take our 17 counties, we have about 70 percent of the land mass in the state, and 14 percent of the population,” he said.

That means various pieces of a CCO such as primary care providers, mental health providers and hospitals will likely be decentralized in rural areas.

“We’re a very decentralized type of organization,” Campbell said. “We fully intend to be that way in the future.”

GOBHI intends to partner with Douglas County Independent Practice Association and Advantage Dental, both of which are based in Roseburg. Telemedicine will also be an essential component, Jarvis said.

“The work that’s going on with the GOBHI design is being a supporter and enabler of local health system development, and a cross pollinator of ideas across rural Oregon so people aren’t reinventing the wheel,” he added.

By having a CCO that covers a large geographical area, there’ll be a sufficient population base to adequately manage the risk, emphasized Campbell. “You have to have a critical mass of population.”

It’s also important for a CCO to be held accountable at the community level. “If the system fails, then the local tax payers are adversely impacted,” he said. “The current system has way too many cases where financial incentives get disconnected from good clinical outcomes.”

Before finalizing plans for its CCO, several issues remain undecided -- the organizational structure, governing board members and coming up with innovative ways to save costs and provide efficient care -- it’s really pulling the ideas together,” Campbell said.

He also recognizes that the budget constraints facing the state, particularly with the recent news that the revenue forecast had dropped another $107 million, which brings the total decline to $306 million since the Legislature approved the 2011-13 budget in June. Also, by next July, lawmakers must trim $239 million from the Oregon Health Plan with the advent of CCOs.