Paul Terdal makes a presentation to the Autism Law Summit in 2018./Courtesy of Paul Terdal/OPB

Paul Terdal is a Portland father of two boys with autism. For the last 12 years he has fought tirelessly to get help for his sons, and for every other Oregonian with autism.

But to understand a little about why he pushes forward, it’s helpful to go backward, to the 1970s.

As a kid, Terdal was nerdy, introverted and bookish.

“If the standards and understandings that exist today had existed in the ‘70s, somebody would have said ‘Oh, this guy is probably somewhere on the autism spectrum,’” Terdal said.

He is not autistic, and the definition has changed over time. He’s also wary of pop-psychology notions of the diagnosis and urges anyone with concerns about autism to consult with a professional. But he does have an ability sometimes associated with autism — to intensely focus on a specific topic.

To start with, he used that focus to get into a physics Ph.D. program at Brown University. But he was more interested in how organizations work than in how atoms behaved.

“Walk into a McDonald’s and, whereas any true physicist would admire the thermodynamic properties of the bubbling grease, I was like, ‘You’ve got 80 people working this place who all manage to get things done. How is this possible?’” 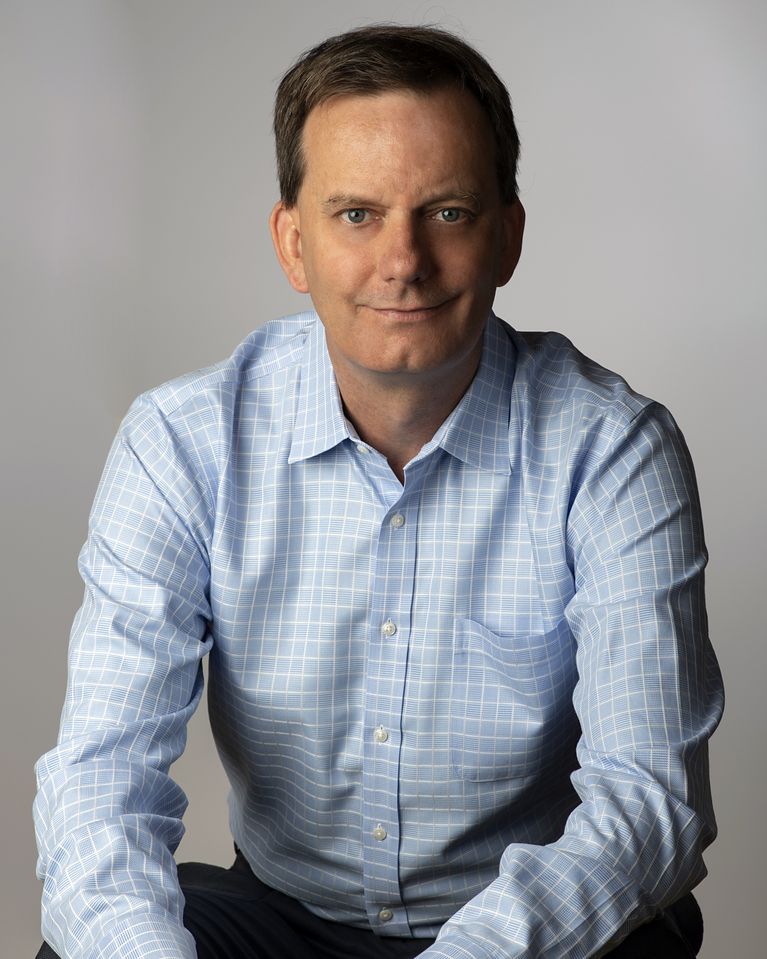 And that’s how Terdal found his calling. He now gets paid by companies like Samsung and Panasonic to tell them how to improve their work systems.

He went on to get married and father two boys. He says it is a good life. But in 2009, their babbling 1-year-old suddenly fell silent.

“We were literally, like, tracking down, ‘What syllable did he make today?’ Making a chart because, like, ‘Is there some brain damage keeping him from making certain syllables?’” Terdal said.

It took a year and tens of thousands of dollars to figure out his son had autism. And that was the start of his campaign to get autism covered by insurance.

Back then, Oregon’s doctors had not yet focused much attention on autism, and the insurance companies didn’t even cover the diagnosis.

But a therapy was emerging: Applied Behavior Analysis, or ABA therapy. It is expensive and involves intense interaction with a child for 25 hours a week or more. For Terdal and his toddler, that meant communicating around food and toys.

“Really encouraging any kind of communication, whether it is pointing at something to get their needs met,” he said, “or demonstrating to them: ‘If you point to something, you’re going to get it.’”

Terdal said after just a few months of ABA therapy, his son touched some ice and loudly announced, “That’s cold!”

“Imagine, like, a horse suddenly speaking to you,” said Terdal. “It’s like, you’re going from grunting to like a two-word sentence using syllables that I have never heard you say.”

Paul Terdal has helped secure health insurance for thousands of Oregonians with autism.

Doctors told Terdal his son needed at least 20 hours a week of ABA therapy. But his health insurance company, Kaiser Permanente, would not cover the cost. They called the therapy “experimental.”

So Terdal appealed to Oregon’s Insurance Commissioner and after months of negotiations the company was ordered to pay. At that point, Terdal could have walked away, safe in the knowledge that his children would get the help they needed without bankrupting the family.

But 20 other families came to him for help. So he showed them how to do the same thing. And in 2012, Kaiser became the first health insurer in the state to cover ABA therapy.

“It was a big deal for people who understood it,” said Tobi Rates, the executive director of the Autism Society of Oregon. “The problem was, it was against Kaiser. That didn’t mean it applied to every other insurer out there.”

So Terdal headed for the Oregon Legislature. Rates said Terdal got lawmakers to pass a bill ensuring all Oregon health insurance companies would cover autism therapies.

“Paul has been a major force for good in the autism community in Oregon,” said Rates. “I’ve jokingly said in the past that every state should have a Paul Terdal.”

But there was a problem. The new bill made it seem like autism therapy coverage was a new mandate for insurance companies — and the Affordable Care Act would not allow new mandates.

So as soon as his bill passed, politicians asked Terdal to put together a class action lawsuit and sue the insurers again — this time to prove the new law was not a new mandate, and that they should have been covering autism all along.

By then, Terdal had a hundred families asking for help. So he went through their cases and selected Brenna Legaard as lead plaintiff. She was a formidable Portland lawyer and the mother of a newly diagnosed son.

She was also feeling isolated and lost when Terdal showed her a plan to make things better.

“He’s been singularly focused,” Legaard said. “And he’s been oblivious to most of the things that would have distracted anybody else. He can walk into a room and pursue an agenda, and he doesn’t particularly notice or care what any of the people in the room think of that agenda.”

So now Moda, Providence, PacificSource, United, Regence and all Oregon health insurers have to cover autism therapies. Terdal spent another year making sure autism therapies were covered by the Oregon Health Plan as well.

All of that might have been enough for any other parent-turned-advocate. But Terdal knew, now that everyone had insurance for autism, they’d be looking for ABA therapy. And Oregon didn’t have a licensing board for ABA therapy.

So Terdal again turned his focus to the Legislature and in 2013 got a bill passed to set up the Behavior Analysis Regulatory Board. But Terdal is not a lawyer and admits he missed a few things.

“We neglected to even say that the board was about ABA,” he said. “We totally missed that. And the net result was, you couldn’t bill insurance for anything related to autism unless you were registered by this board.”

Suddenly, professionals like speech language pathologists couldn’t get paid for working with kids with autism. It was a big issue. But, long story short, the board’s problems were fixed in the next legislative session.

At least, Terdal thought they were.

Then in 2019, a 28-year-old ABA therapist sexually abused a 13-year-old autistic boy in his Gresham home during therapy. She was convicted of rape and sentenced to eight years in prison, much to the chagrin of her defense attorney at the time, Adam Dean. He blamed the abuse on the child.

“This child had started going ahead and started initially making sexualized comments, going ahead and ultimately brushing against my client. She just didn’t know what to do,” Dean told the court.

“This is a case about a gross abuse of trust and authority by a person who thought that she’d never get caught,” she said at the time. “The defendant, Abigail Kim, at the time of her crimes, was a 28-year-old master’s-level behavioral therapist who began a lurid sexual affair in 2017 with her 13-year-old autistic client.”

The case illustrated more problems with the Behavior Analysis Regulatory Board. For example, licensed behavior analysts aren’t required to report child abuse, like doctors, lawyers, or even dog catchers are required to do.

They aren’t barred from practicing gay conversion therapy. They don’t have to report their criminal convictions. And anyone can just say they’re a licensed behavior analyst, and the board doesn’t have the authority to stop them.

During the last legislative session, Terdal wrote Senate Bill 358 to fix the oversights.

But he’s not an official lobbyist, and the pandemic meant the general public wasn’t allowed into the Capitol. So the Legislature ended up leaving out nearly all of the protections he wrote into the bill. Just one clause remained: to extend insurance coverage for autism through 2030.

Sen. Laurie Monnes Anderson, the former chair of the Senate health committee, said that insurance companies were lobbying against Terdal’s bill, so taking out the provisions was necessary to get the votes needed to pass it.

Still, she understands Terdal’s frustration and thinks his character and drive won’t let him give up.

“Sometimes he’d come in and I’d be like, ‘Oh no. Not Paul again.’ But that’s what you have to do,” she said. She added that she has a whole folder on her computer dedicated to Terdal.

Now Terdal is going back to the drawing board and he’s looking for someone to sponsor his next bill.

Anyone with concerns about autism should consult with a qualified psychologist or physician.