Medicare To Test New Payment Approaches For Some Prescription Medications 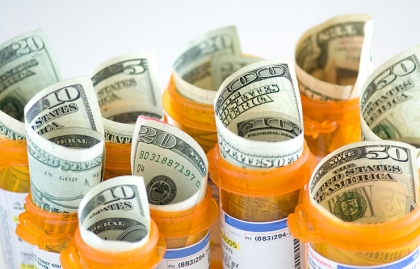 Medicare plans to test new ways to pay for prescription medications given in doctors’ offices and hospital outpatient centers — moves likely to win praise from some policy experts, but opposition from facilities and practitioners.

Under a two-part proposal released Tuesday, regulators aim to reduce what some economists and policy experts say are financial incentives for doctors to choose higher-cost medications even when less expensive drugs may be equally or more effective.

The targeted drugs would generally be intravenous medications, such as many cancer treatments, injectable drugs, including some antibiotics,  and certain eye treatments. Because they are administered at a medical facility, the drugs are paid for by Medicare’s Part B program, which covers medical outpatient services. The proposal would not affect prescriptions Medicare beneficiaries buy through pharmacies, which are covered under Medicare’s Part D drug program or paid for by the consumer.

Currently, Medicare Part B pays the average sales price of the drug, plus 6 percent. Under the proposal that would start later this year, doctors and hospital outpatient centers would get the average price plus 2.5 percent, along with a flat fee of $16.80 per drug per day.

In the proposal’s second phase, set to start in 2017, Medicare would test ideas  now being tried in the private sector, from varying payments based on how effective the drug is for a particular condition to decreasing or even eliminating the copayment made by patients for some drugs deemed high-value medications.

While the program would be national, specific geographic areas would see some of the changes, but not others, in order for Medicare to determine which works best.

“Nothing in this proposed payment model will prevent doctors from prescribing exactly what treatment patients need,” said Patrick Conway, deputy administrator for innovation and quality at the Centers for Medicare & Medicaid Services. “This is part of our larger effort to achieve better care, smarter spending and better health outcomes.”

The agency is seeking comments on the proposed rule, which will not go into effect for at least 60 days.

It is likely to draw opposition from the pharmaceutical industry and oncologists, who have criticized similar proposals from policy experts and from the Medicare Payment Advisory Commission (MedPAC), which provides guidance to Congress.

“Proposing sweeping changes to Medicare Part B drug reimbursement without thoughtful consideration and stakeholder input is not the right approach and puts Medicare patients who rely on these medicines at risk,” Allyson Funk, a Pharmaceutical Research and Manufacturers of America spokeswoman, said in an emailed statement.

Changing the way Part B drugs are reimbursed was examined by the independent MedPAC in its 2015 report.

MedPAC said the current reimbursement method of adding 6 percent to the average sales price could encourage use of higher cost drugs when lower cost, equally effective drugs were available.

In its report, MedPAC modeled a similar proposal to reduce or eliminate the 6 percent additional payment.

It found that doing so might reduce the incentive for doctors to prescribe higher cost drugs when other alternatives exist, reducing spending for Medicare and the copayments for patients. But it could also increase spending if doctors overused less expensive drugs or if it prompted pharmaceutical makers to raise their prices.

The proposal from HHS is slightly different than the one MedPAC outlined because it keeps an add-on percentage payment of 2.5 percent — and also adds a flat fee.

The 6 percent add-on fee, which went into effect in 2006, was devised as a way to pay more doctors and hospitals more accurately for the added staffing and administrative costs associated with dispensing drugs in outpatient settings.

The agency said drugs given in doctors’ offices and hospital outpatient centers under Part B last year cost Medicare about $20 billion. Many given in those settings are considered “specialty” products, which generally carry the highest price tags.

That’s nearly 17 percent of all the money spent on personal health services — a higher percentage than estimated in other studies because the new analysis includes spending for drugs given in doctor offices and hospitals, not just retail pharmacies, according to the analysis.

The report will add to the continuing debate over drug prices that is occurring from the presidential campaign trail to Congress and state legislatures, but there is no consensus on the right approach or even whether legislative action should occur.

While increased use and inflation were factors in the rising tab, the biggest drivers were higher prices and a shift to more expensive drugs, the report said.

“The majority of the growth in retail drug spending appears to be related to rising prices and … a general shift toward more expensive prescriptions,” the brief said.