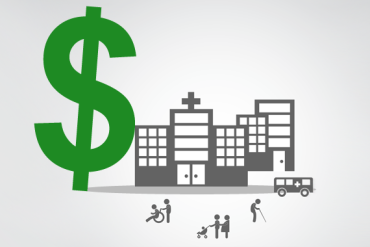 The federal government paid bonuses to 231 hospitals with subpar quality because their patients tend to be less expensive for Medicare, new research shows.

The bonuses are small, generally a fraction of a percent of their Medicare payments. Nonetheless, rewarding hospitals of mediocre quality was hardly the stated goal when the Affordable Care Act created financial incentives to encourage better medical care from hospitals, doctors and other health care providers.

A study published Monday in the journal Health Affairs looked at the more than $1 billion in payments made last year in the Hospital Value-Based Purchasing program, which raises or lowers Medicare payments to hospitals based on the government’s assessment of their quality. Medicare primarily uses death and infection rates and patient surveys to judge hospitals, but it also evaluates how much each hospitals’ patients cost, both in treatment and recovery.

The 231 hospitals the study identified had below average scores on quality measures but were awarded the bonuses because caring for their patients during their stays and in the 30 days following their discharge cost Medicare less than what it cost at half of hospitals evaluated in the program.

The Centers for Medicare & Medicaid Services, or CMS, began measuring cost in October 2014 to encourage hospitals to provide care in the most efficient way possible. In the period examined in the study — the federal fiscal year that ended in September 2015 — spending counted for 20 percent of a hospital’s score in determining whether a hospital would get a bonus, penalty or regular payment.

Under this formula, hospitals with Medicare spending below the median hospital were able to qualify for bonuses even though their quality measures were below the median, the study found. Patients at those 231 hospitals cost Medicare on average nearly $16,000, about $2,300 less than the average spending for the patients at other hospitals that received bonuses, according to the study’s lead author, Anup Das, a medical and health policy student at the University of Michigan.

The average bonus for those lower quality hospitals was an 0.18 percent increase in Medicare payments for each patient stay during that fiscal year. Most of the 1,700 hospitals that received a bonus that year had higher than average quality ratings, and their patients in some cases were more costly to Medicare.

“High-quality low-spending hospitals received the greatest financial benefit from the program,” the study said. “In this respect, CMS achieved its goal with the new spending measure. However, some low-quality hospitals received bonuses because of their low spending.”

In a statement, CMS said it would consider revising the program for future years so that hospitals scoring below the national median for quality would not receive a bonus. The statement also noted that this year, three-fourths of hospitals’ scores were based on quality measures. “We believe that there needs to be a balanced consideration between quality and cost, which is reflected in our scoring methodology,” the statement said.

The study found the lower-quality hospitals that received bonuses in the last fiscal year had higher death rates for heart attacks, heart failure and pneumonia than half of the nation’s other hospitals evaluated in the program. These hospitals were also less likely to follow recommended procedures for care, like choosing the right antibiotic for patients or performing an angioplasty on a heart attack patient within 90 minutes of their arrival at the hospital.

The 231 lower-quality hospitals with bonuses also received less enthusiastic ratings from patients about how well doctors and nurses communicated, responded to issues and managed pain, the study found. The study did not name the 231 hospitals.

“It’s a small decrease in quality, but the differences are significant,” Das said in an interview.

Other new federal quality payment programs created by the health law, such as accountable care organizations, deny bonuses to doctors or hospitals with substandard quality of care, no matter how efficiently they operate. The study suggested the government add a similar limitation to the Value-Based Purchasing program.

The study did not look at the current federal fiscal year, which runs through this September. This year, Medicare gave bonuses to 1,705 hospitals, averaging 0.51 percent, and reduced payments to 1,375 hospitals by an average of 0.34 percent, according to a Kaiser Health News analysis. Along with spending, Medicare’s other criteria are: death and infection rates; how faithfully a hospital followed basic clinical guidelines; and how patients rated their experiences in surveys.

Spending counts for a fourth of each hospitals’ scores, more than last year, and is scheduled to continue to do so for the next two years. The study’s lead author, Das, said in the interview that a preliminary analysis found some lower-quality hospitals again received bonuses.