A first stab at discussing regulatory rules raised numerous concerns about regulations, fees, and why registering is even necessary
By:
Amanda Waldroupe 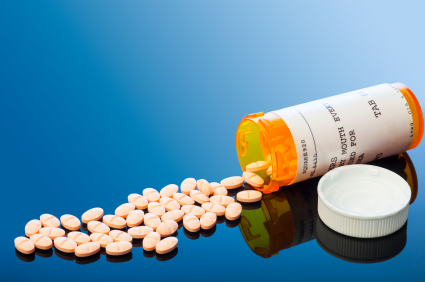 August 27, 2013—Medical groups representing practitioners who dispense medications are raising concerns about registering as a “drug outlet” with the Oregon Board of Pharmacy, which would allow the board to inspect their sites and investigate whether medication is safely dispensed, stored, labeled, and inventoried.

Currently, doctors, dentists, nurse practitioners, veterinarians and other health professionals who are not pharmacists can legally dispense medications, but do not need to register with the Board of Pharmacy because their licensing boards, such as the Oregon Medical Board or the Oregon Dental Board, independently license them.

But the Oregon Attorney General’s office issued an opinion in February stating that any site that gives medication to a patient needs to register as a drug outlet with the pharmacy board, even if no pharmacists work there.

“This is something we can’t ignore,” said Gary Schnabel, the Oregon Board of Pharmacy’s executive director.

Schnabel presented a “wild ass first shot” of the regulatory rules being developed, which would require organizations to register annually, pay a fee, and there are various stipulations about storage, record-keeping and labeling.

Schnabel said it’s becoming more common for primary care providers to dispense prescription drugs, even though they may not have proper training or education in how to properly label, store, or inventory those drugs. “We’ve been hearing a number of horror stories,” Schnabel said.

He even went so far as to describe the amount of drug dispensing in practitioner’s offices as a “cottage industry of dispensing.”

“Drugs are everywhere,” he said. “We know there’s a lot of unregulated dispensing going on. State law says all dispensing should be regulated.”

But medical professionals aren’t thrilled at the idea of allowing the Pharmacy Board to inspect their offices and see how prescription medication is stored, labeled, inventoried and dispensed.

“I’m extremely concerned about this,” said Susan King, executive director of the Oregon Nurses Association.  "We have no hard evidence about mislabeling, or providers not locking their drug storage cabinet to warrant the new layer of regulation and cost.”

Currently, nurse practitioners dispense medications under rules that were jointly developed by the Board of Nursing and the Board of Pharmacy.

King also worried that nurse practitioners in a solo or small practice would no longer dispense medication if they had to pay a regulatory fee or deal with inspections.  “In my opinion it is more dangerous for a patient to be denied medication  than to lack this level of regulation," she said. "It would be difficult to sell this to our members.”

There was a lot of confusion about the “threshold” that would trigger someone having to register as a drug outlet. According to the Attorney General’s opinion, any practitioner office that dispenses drugs —i.e., gives a patient medication to take home—must register. But anytime a drug is given as part of a surgery or other procedure it’s considered part of that procedure, and not considered dispensing.

Patient safety is the “impetus” behind the proposed rules, said Penny Reher, the pharmacy board’s president.

“I don’t know how a permit is going to fix that problem,” McNabb shot back. “Just because you know I exist and you know I’m prescribing drugs, it’s not going to protect that patient.”

Schnabel didn’t have a ready answer. To resolve these issues, a workgroup will begin meeting in September to hammer out the regulatory rules.

The issue of whether practitioner’s offices should register as drug outlets arose after ZoomCare, a Portland-area chain of primary care clinics, successfully pursued a change in state statute to register as a drug outlet, allowing it to dispense drugs.

Len Bergstein, ZoomCare’s lobbyist, sounded a conciliatory note during the meeting when he said that there can be regulations that are not overly burdensome to practitioners.

“As these new clinics and practice areas start increasing access of drugs to people in the system, we want to make sure there’s some sort of regulatory book ends around it,” he said. “A whole set of exemptions may flow from that, like the size of the practice.”