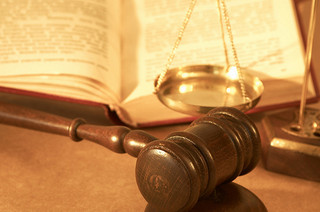 In a state famous for its recycling ethic, medical equipment that could otherwise end up in landfills or lost in attics will soon be reused on a much wider level to help kids who’ve outgrown their equipment or adults who’ve simply worn out theirs.

Rep. Alissa Keny-Guyer, D-Portland, shepherded her durable medical equipment bill through the Oregon House on a 54-4 vote, helping to set up a system where people can exchange refurbished and lightly used wheelchairs, walkers or medical beds as part of a state pilot project.

“There’s a lot of equipment out there that’s not being used,” Keny-Guyer said. “It’s really hard to get supply and demand to work together.”

New equipment can be expensive to purchase, and the Oregon Health Plan, Medicare and private insurance plans typically only buy new equipment every five years. It’s not uncommon for a 12-year-old to be wheeling around on an 8-year-old’s equipment.

“It starts to look like a whale in a seal skin,” said Darren Umbarger, who has run Clearview Medical Loan Closet, an equipment exchange in Pendleton for several years.

In addition to Clearview, several nonprofits in the state are already running wheelchair exchanges, but HB 4108 allots $75,000 to the Oregon Health Authority to help build a database and coordinate their efforts. Keny-Guyer said the coordinated care organizations, which manage healthcare for the Medicaid population, will be closely involved.

“There’s a lot of resources out there, but there was no way to codify the system,” said David Komeiji, a physical therapist who ran an equipment bank through the Oregon Department of Education for school children with orthopaedic disabilities.

House Bill 4108 passed on a 54-4 vote with only the chamber’s most conservative Republicans, from Southern Oregon, opposing the bill. “The intent of the bill seems very straightforward,” said Rep. Tim Freeman, R-Roseburg. “The proponents of the bill will be back for more money next year. For that reason, I’ll be a ‘No.’”

Keny-Guyer launched the concept last year with House Bill 2137, but that bill died in the House Health Committee. In the interim she worked with Rep. Jim Thompson, R-Dallas, who brought bipartisan support to the measure and brought in other advocates in Marion and Polk counties as well as the three-county Portland metro area.

Thompson said he’s frequented secondhand shops as a thrifty consumer and learned that many of these shops have wheelchairs, walkers and other medical equipment collecting dust in the back of the stores. “They don’t know what to do with it. They can’t refurbish it.”

If a unified program was set up that could collect and refurbish such equipment, wheelchairs could move from forgotten corners of thrift shops into people’s homes.

“I think we’ll make a difference in people’s lives without spending a lot of money to do it,” Thompson said.

The pilot project was further expanded last month to include Umatilla County, where Clearview has exchanged durable medical equipment like wheelchairs with no charge to its clients for years.

HB 4108 heads to the Senate where, with bipartisan support from Sen. Bill Hansell, R-Pendleton, it’s expected to pass easily.

The bill allots $60,000 to the Oregon Health Authority and directs the agency to hire an outside firm to study the option of a public program for people who make less than 200 percent of the federal poverty level, but do not qualify for Medicaid.

“It’s financed by the subsidy they would get if they were in the exchange,” said Rep. Mitch Greenlick, D-Portland, the chief sponsor of HB 4109. “We are hoping that this will be an additional program.”

The potential program is a tenet of the Affordable Care Act, and is modeled after a Basic Health Plan offered by the state of Washington and a similar program called MinnesotaCare. Earlier, Greenlick said the program would likely be managed on the local level by coordinated care organizations.

Republicans such as Rep. Jason Conger, R-Bend, opposed the bill because such a program, if enacted at a later date, expands upon the Affordable Care Act and locks the working-class population into a public option instead of subsidized private insurance. “The health insurance market is in a place of transition and disarray,” said Conger earlier. The Bend Republican is running a campaign to oust U.S. Sen. Jeff Merkley, D-Oregon.

HB 4109 follows HB 4108 to the Senate, where it was earlier supported in the Committee on Ways & Means by two Republicans, Hansell and Sen. Jackie Winters, R-Salem.

Rep. Sara Gelser, D-Corvallis, also had two health-related bills pass the House Monday -- one that will clean up the school funding situation for children at the Providence Child Center in Portland, while another bill will seek to reduce one of society’s most frightening challenges -- youth suicide.

Gelser said she heard of four Oregon adolescents who took their own lives, just since the Legislature came in session at the beginning of February.

“If we know these kids, and we do, how do we save them?” Gelser inquired.

House Bill 4009 creates a carved-out school funding account for students living at the Providence Child Center. Portland Public Schools will get paid to develop and teach the curriculum, but the bill changes the law so that neither Portland nor any other school district can claim these children as students for funding purposes.

Image for this story by SalFalko (CC BY NC 2.0) via Flickr.