Medical Clinics: 'There Aren't The Revenues To Stay Open' 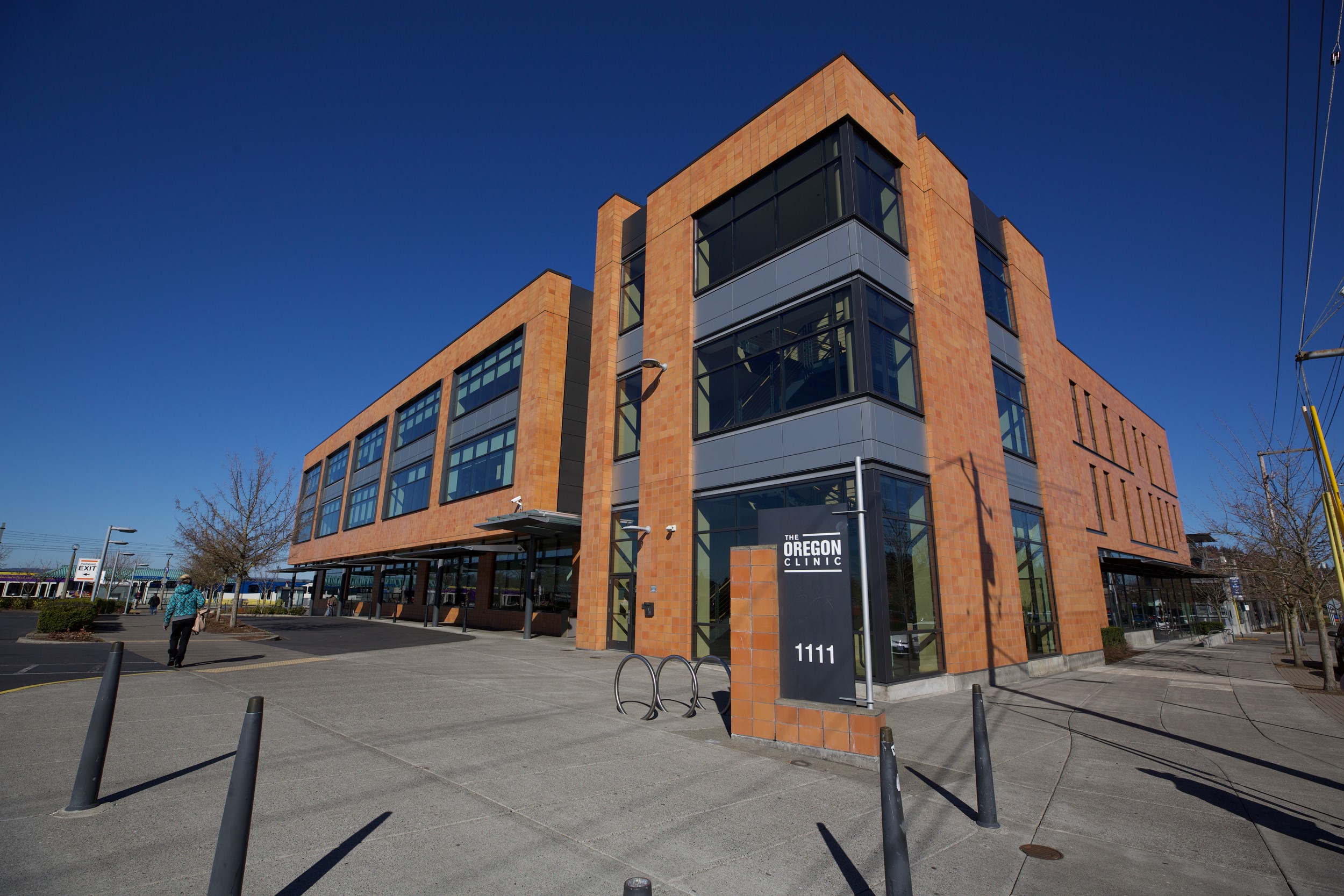 Oregon’s for-profit medical clinics have joined the long queue of businesses seeking help from the state and federal government to cope with the financial shock waves of the coronavirus pandemic.

Whether they can make themselves heard above the clamor from hospital systems, government-run Medicaid clinics, restaurant chains, airlines, small businesses and many others, remains to be seen.

In the meantime, many clinics say they have pared back staff to a minimum while keeping some operations open to serve essential patient needs.

Seven large Oregon medical groups, which pre-COVID-19 had nearly 5,000 employees, are making a collective pitch that for-profit clinics deserve aid so they don’t fold entirely during the crisis, leaving communities without basic health care when the virus emergency subsides.

While Oregon’s hospitals are almost without exception nonprofits, the great majority of medical clinics in the state are for-profits, typically founded by physicians or other specialists. They usually have close working relationships with the hospital systems, where they often carry out surgeries or perform other procedures. All the clinics in the new coalition are private for-profits.

The clinic coalition is lobbying for a piece of the estimated $2.45 billion in federal Coronavirus Aid, Relief, and Economic Security Act -- or CARES Act -- aid that is expected to flow to Oregon, plus further federal aid now being negotiated in Washington, D.C. The clinics seek a waiver on paying the first and second quarters of the new Oregon corporate activity tax, a new levy on large businesses that aims to raise $1 billion a year to improve the state’s K-12 schools. The coalition also wants the state to allow elective and non-emergency surgeries to resume as part of the “first wave of relaxing COVID restrictions.” Prior to the state’s temporary ban on non-emergency surgeries, the clinics made substantial revenues from these procedures.

On Thursday, Gov. Kate Brown threw a lifeline to medical clinics as well as hospitals, surgical centers and other providers, saying she will allow non-emergency procedures to resume on May 1, if providers can show they meet new COVID-19 safety steps. Lifting the ban "will allow our health care system to get up and running again, with appropriate safeguards in place, so that Oregonians can get health care treatment without delay,” Brown said Thursday morning.

Many businesses around the state have temporarily shuttered or scaled back drastically in the face of the pandemic and Gov. Kate Brown’s executive orders. But John Burles, CEO of the North Bend Medical Center, a Coos-Bay-based multi-specialty clinic, said medical clinics are in a somewhat unique bind because they must remain open to maintain core community health services such as urgent care facilities, even though their main revenue source -- non-emergency treatments and procedures -- had been largely eliminated by virus-induced restrictions.

“We’ve got to expend the funds to stay open, but there aren’t the revenues to stay open,” Burles said. The clinic, which pre-virus had 430 employees, has laid off 143 people and has cut the hours of another 200, Burles said. “We have swept through the whole building cutting back to barebones staff,” he said. The organization, which is owned by physicians, has enough capital to keep operating at this level for about two months, he said.

But privately owned for-profit health care clinics have so far not attracted special assistance from the government. The federal government’s aid packages have largely focused on federally funded programs, especially Medicaid, and on hospitals, which are the front-line providers in the crisis. Some help, such as the federal Paycheck Protection Program, is providing loans broadly to businesses in many sectors to help them pay staff for up to eight weeks. Burles said his clinic is using that program to keep many staff on part-time.

The Coalition Is Diverse

The coalition’s members come from around the state. In Portland, they include The Oregon Clinic, The Portland Clinic, Women’s Healthcare Associates and ORM Fertility; in Lane County, Oregon Medical Group; The Corvallis Clinic; and North Bend Medical Center.

Around the state, medical clinics range from being very large – The Oregon Clinic has about 1,000 employees – to very small businesses with a handful of professional medical providers and support staff.

Some of these practices may go out of business, unable to keep up with lease payments, payroll costs and the like, said Thomas Sanchez, CEO of The Oregon Clinic, which has imposed furloughs and other work cutbacks on about 85 percent of its employees.

Some of the issues raised by the coalition are already being discussed by policymakers. Oregon lawmakers have considered whether to delay the start of the corporate activity tax – even though the coronavirus is expected to play havoc with the state’s income tax collections. The mass statewide layoffs and cutbacks in the past month are expected to sap state income tax receipts.

Brown, meanwhile, has said little about a letter from the coalition last week, urging that she take action to help. Brown spokeswoman Liz Merah told The Lund Report: “The governor is aware of these issues, and one of her top priorities is to ensure we’re supporting front-line health care workers throughout the COVID-19 crisis. Funds from the federal CARES Act will provide relief to hospitals, clinics and other health care providers. We are continuing to work to find state-level solutions that will help mitigate the impacts this unprecedented crisis has had on Oregon health care providers.

Statewide, 30,863 people from the health care and social assistance sector applied for unemployment insurance from March 15 to April 18, according to state figures.

Many Clinics Opt For Furloughs

Many medical clinics say they are trying to avoid outright layoffs – the termination of employees – and instead are furloughing workers, temporarily eliminating or cutting their hours but keeping them on staff and providing them benefits such as health insurance. Depending on the circumstances, furloughed employees can qualify for unemployment insurance.

Dr. Karen Weiner, CEO of Oregon Medical Group in Eugene, said the physician-owned clinic network has furloughed 320 of its 600 staff.

“We are not laying off anyone and have committed to continue paying health insurance premiums on behalf of furloughed staff and clinicians so no one loses their health benefits,” she said. “In general, our physicians and clinicians have been furloughed to 0.5 (full-time-equivalent) each.”

Like other clinics, the medical group has turned to telemedicine for some care, but has entirely shut down some departments, such as the osteopathic manipulation medicine clinic, a specialty that uses hands-on techniques with patients.

Private for-profit medical clinics typically don’t disclose their finances. That’s the case with the seven clinics in the coalition. They are owned by physicians, who typically work at them. They don’t reveal specifics about revenues, profits and reserves. But they say they don’t have deep pockets.

“Most medical groups function on a very tight margin and exist with anywhere from 30-90 days of cash on hand,” Weiner said. The Oregon Medical Group is operating at only about 30 to 40% of capacity, she said.  “While we can cut expenses somewhat through furloughing, consolidation of clinics, etc., it certainly can’t make up for this rate of loss long term,” she said.

Burles, at the Coos Bay clinic, said he’s worried that doctors and other professional staff could end up moving away from the area if the downturn in work lasts too long.

“We’re afraid of losing key staff. We’ve worked years to build up our staff. The thought of them leaving kind of makes us sick,” he said.

The clinic has done its best to hold on, closing functions such as its physical therapy practice, while creating a makeshift urgent care system and patient isolation area, he said.

But clinics need government help on two fronts, he said. They need cash to see them through the immediate crisis and retain staff; and they need a reopening for non-emergency procedures and surgeries, coupled with a big infusion of personal protective equipment such as gowns and masks.

Get in Line Behind the Truly Needy

Seriously. If these folks have to borrow from their IRA's, forego a vacation, postpone that remodel, rent out their beach houses for a month, wait until next year to buy the latest model car, or even, send their kids to public school, it's uncomfortable, but nothing compared to the hardships faced by people who were earning minimum wage when Covid hit. Thousands of people still haven't received a single unemploymet check. (Not only have they not gotten their basic UI check, the unemployment department accidentally withheld from them their extra $600 a week from the CARES distribution.) Thousands sit in line for hours on the promise of a single food box, and endanger their health working the few menial service jobs they can find now.

You're not on the front line of this thing. You're sitting comfortably at home. Please, tighten your belts and get to the back of the line.