Medicaid Pays for 47 Percent of Children Born in Oregon

Also, 20 percent of people on the Oregon Health Plan have chronic conditions, including mental health and substance abuse problems
By:
Christen McCurdy 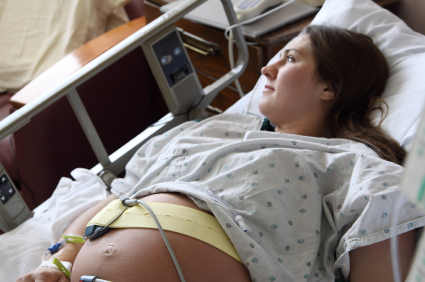 “When we started this work in 2007, innovation was something the legislature did. It's something governors did. Now it's something we're doing,” said Taylor. “I think the most dramatic change we face is that our eyes have gotten huge about what's possible, what's necessary.”

The state's healthcare transformation plan is enormously ambitious, said Dr. Robert Dannenhoffer, board chair of Umpqua Health Alliance in Douglas County, which was formed following a series of conversations between State Rep. Tim Freeman (R-Roseburg) -- before he ran for office, when he was running a small business in Roseburg – along with local healthcare officials. .

Douglas County ranks poorly in health outcomes – with high rates of obesity and smoking, and incredibly poor self-reported mental health outcomes. It also has a comparatively low median household income ($40,501 versus $49,850 for the state), and a less educated population (with 15.7 percent of Douglas County residents holding a bachelor's degree or higher, versus 29 percent of Oregon residents).

Dannenhoffer shared several lessons from Umpqua’s experience, which his teenage daughter told him should have been obvious – yet took some time for officials to figure out.

The second lesson was that sharing data makes a difference. Compiling health records so that professionals at different sites can access them is critical to the success of coordinated care, but is an expensive undertaking, and the county had spent a million dollars converting health records already.

“This data is important. This data is very expensive to put together,” Dannenhoffer said. “Too much data can be as troubling as not enough data.” Some patients have ended up with dozens of “diagnoses” in their electronic health records because the records didn't discriminate between major, chronic conditions (such as diabetes or ongoing mental health issues) versus minor or one-time diagnoses (such as sinus infections).

“Medicaid is for people with problems,” he said. “Medicaid delivers 47 percent of the babies in Oregon. If you're in Medicaid, you're in the baby business.” Under transformation, healthcare will need to focus on using midwives rather than hospitals, but also to be more holistic.

“We need to think about maternity from preconception to school readiness,” he added. “We're trying to change the way children come into this world so Medicaid doesn't become a generational issue.”

Of adults on the Oregon Health Plan, 20 percent have chronic conditions, including mental health diagnoses and substance abuse problems.

.“Even the best [medical care] is not enough for this population,” said Labby, who mentioned pairing social workers with patients accessing emergency services as well as a project to investigate “more supportive supported housing” for those who need such housing to stay healthy.

Having a strong liaison between her clinic and the CCO in her area can foster healthy communication, said Dr. Elizabeth Powers, director of Winding Waters Clinic in Enterprise, which participates in the Eastern Oregon CCO.

“These people are our friends and neighbors. They are real to us,” Powers said. “We need a consistent, month-to-month community scorecard, technical assistance and quality improvement. We're 330 miles away from the nearest cath lab. In other ways, we're really quite connected.”

One patient, she said, was being treated for bladder cancer and had to empty her bladder through a catheter in her stomach, but had to visit the emergency room to get the catheters replaced because her insurance company refused to pay for the catheters.

“It's really embarrassing to go to the emergency room for things that aren't appropriate care,” Powers said.

Another patient called the clinic saying she had left the hospital with some medications and equipment but wasn't sure what to do with them, including a saline syringe. In talking to her further, the medical staff learned that she still had an IV in her arm, and that the saline was supposed to be administered at the hospital.

Now, the CCO is working with hospital staff so that patients get a “warm hand-off,” and have the information they need before they leave.