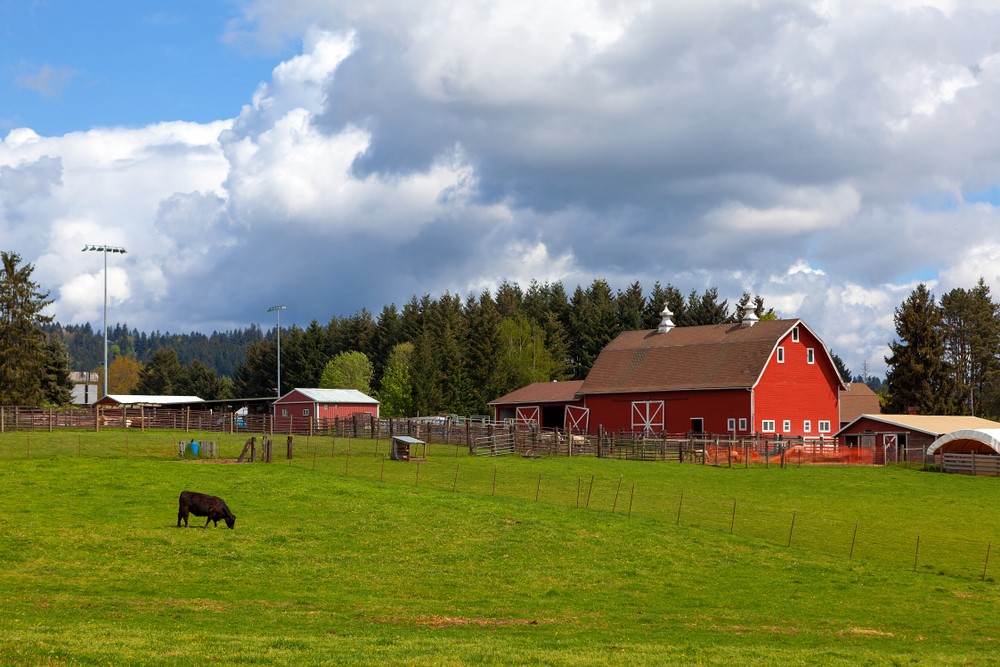 Low-income rural Oregonians remain largely unvaccinated against COVID-19, despite many months of pro-vaccine campaigns, the increasing ease of getting a shot and a growing glut of vaccine, the latest data on Oregon Health Plan members show.

For example, fewer than one in four of the Medicaid members aged 16 and older in the 12-county area covered by the Eastern Oregon Coordinated Care Organization have had a single COVID-19 shot, and fewer than one in five is fully vaccinated, according to the tally at the end of May.

Other rural regions of the state have similarly low rates for Medicaid members. They stand in sharp contrast to the statewide rate of nearly 67% of all adults having at least a single shot, with the state steadily closing in on Gov. Kate Brown’s goal of 70% to lift most COVID restrictions.

Medicaid is provided to Oregon’s poorest residents, and the vaccination rates show how large swaths of them, especially in rural areas, have been left behind by -- or chosen not to take advantage of -- the massive vaccination drive. To be eligible for Medicaid, a single person can earn no more than $1,468 a month. Medicaid members tend to be young: People 65 and older are on the separate Medicare program.

The vaccine reluctance in rural areas is driven by the “different attitudes and beliefs” of members, said Sean Jessup, CEO of the Eastern Oregon CCO. “People just don’t want it, and they are slower to take it,” he said.

In urban areas, the state’s vaccination drive has had more success in reaching Medicaid members -- although even those rates are still feeble in comparison to the state’s overall vaccination rate. In the Multnomah-Clackamas-Washington area, 46% of Medicaid members age 16 and over have received at least one shot, according to Oregon Health Authority Data. The metro area has held mass-vaccination clinics that far outstrip anything offered in rural Oregon.

Rural geography is one of the challenges facing vaccination efforts in backcountry Oregon.

“If you live 40 to 50 miles out of town, (getting vaccinated) may not be convenient for people,” Jessup said.

The low vaccination rates in the region are almost the same among whites as Hispanics, Jessup said. Just 20% of the CCO’s non-Hispanic white members are vaccinated, similar to the 22.5% rate for Hispanics, he said.

Nor will these anemic rates rise anytime soon, Jessup predicted.

Persuading health plan members -- who number more than 1.3 million of the state’s 4.2 million residents -- to get vaccinated could be key to preventing a fall or winter uptick in infections with the rise of highly infectious variants.

“Slowly, over time, we will see some of these rates increase a bit,” he said.

Oregon is pressing toward the 70% mark for first-shot vaccination for adults statewide, at which point the state will drop statewide mask, capacity and distancing requirements. But that vaccination level is being driven largely by big and medium-sized metro areas.

The data hint at the slog that may lie ahead for those trying to boost vaccinations in rural areas.

Many low-income rural residents are sceptical of the vaccine, don’t trust the government, might be deterred by having to travel a long distance to get a shot, or might have trouble getting time off work for a shot and its potential multi-day side effects, officials say.

In those counties, the overall 16-plus population has about double the vaccination rate of the 16-plus Medicaid population, state data show.

The imminent lifting of state restrictions may make the job of vaccine advocates even harder, by signaling to the unvaccinated that the crisis is over.

“That might take some of the urgency away, especially for people who are on the fence. I think that is a concern,” Jessop said.

The state’s plan now is to shift from urban mass vaccination sites to smaller, dispersed venues such as medical providers and pharmacies.

Oregon’s coordinated care organizations, which manage Medicaid throughout the state, have repeatedly stressed to state officials that persuading rural Medicaid members to get a shot will be hard work.

Bruce Butler, CEO of Intercommunity Health Network, the CCO for Lincoln, Benton and Linn counties, wrote last month to the health authority: “Unfortunately there are some voices contributing to perceptions that vaccines are unsafe or that actions to incentivize immunizations are actually inappropriate attempts by government to encroach on civil liberties or exploit vulnerable populations.”

AllCare executives were more specific in a similar email to the health authority: “Evidence shows that vaccine hesitancy is lowest among college educated suburban residents.”

The state also did not target Medicaid members early in its vaccine campaign.

Instead, it prioritized health care providers and then K-12 teachers.

Next, it started vaccinating seniors in tranches. Older people have been the most susceptible to severe illness and death from COVID-19, especially residents of long-term care facilities. The federal government’s pharmacy program took charge of vaccinating residents and staff in long-term care facilities while mass vaccination sites were set up in mostly urban areas, allowing the state to reach other categories of adults.  Seven weeks ago, the vaccine was opened to everyone 16 and over.

Because Medicaid members didn’t qualify for many of the early priority groups -- they are not seniors and many may not work in careers such as health care or education -- they have had comparatively little time to get vaccinated.

“There has not been as much opportunity in terms of calendar days to get vaccinated for young adults” compared to seniors, said Lee Dawson, a spokesman for PacificSource, which insures Medicaid members in eight counties, some urban, some rural.

Now, the state is encouraging CCOs, health providers, large employers and others to carry out more customized work to reach low-income and rural residents, by using education, transportation and appointment scheduling.

But some CCOs say they have already been doing this kind of work.

Eastern Oregon CCO has sent all eligible members mailers explaining the vaccine, held vaccine workshops for members and health care providers and tried calling high-risk members to try to schedule them for vaccination. But in over half such calls it could not reach the member because they were not available or the phone number on record was incorrect, Jessup said.

A Need For Targeted Marketing

Getting the attention of rural populations may require careful marketing. Jessup suggested that in Eastern Oregon, providing fishing or hunting licenses might persuade some people to get vaccinated.

The state is offering one adult in each county who receives a shot by June 27 an award of $10,000, with $1 million going to one person 18 or older statewide. Five children aged 12 to 17, who cannot participate in a lottery, will receive $100,000 each that will be deposited into Oregon College Savings Plan accounts in their names.

“There is so much information being put out by social media, that it is going to be vitally important to free up time for providers to use their relationship with their patients to explain the vaccine,” AllCare wrote to the health authority last month. “This includes all providers from specialists to dentists to pediatricians. It will be vital for them to use the trust they have with their patients to get enough people vaccinated to achieve herd immunity in our state.”

Jun 7 2021
News source:
The Lund Report
Keywords:
medicaid, vaccine, covid, oregon health plan, CCO
×
This article is for premium subscribers. If you are one, please sign in below.
You can see two more premium stories for free. To subscribe, click here. We depend on premium subscriptions to survive, and they are tax deductible.
Sign InGo Premium Not now