By:
Justin Much of the Portland Tribune 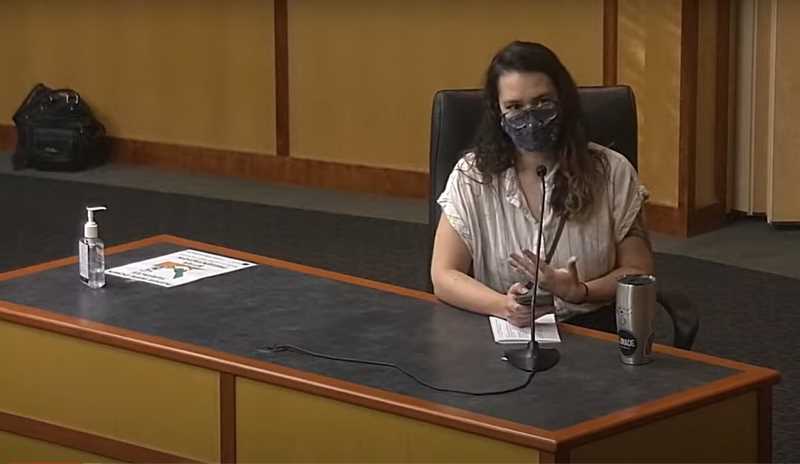 The Marion County Board of Commissioners fielded considerable dissenting voices directed toward revisited state mask mandates that have emerged amid increasing pandemic numbers.

During its regular meeting, the board held a public comment period ahead of voting on a resolution related to the issue. Chief among concerns expressed was the idea of k-12 students wearing masks. Some people said masks inhibited the educational process, while some said they thought masks were psychologically detrimental to school kids, while others claimed that they were of no value whatsoever in preventing the spread of the pandemic.

Brown reinstated indoor mask mandates beginning Friday, Aug. 13, as new COVID-19 cases had been consistently on the rise statewide and across the U.S. Public health officials have pointed to the new Delta variant of the pandemic as having an impact on those numbers.

In Oregon, Marion County has consistently ranked among the counties with higher COVID-19 cases per capita.

During the BOC meeting, commissioners heard testimony from more than 20 residents. Among them were some educators, a public health professional and several parents.

A handful or more challenged the efficacy of masks in combating the pandemic, some even equating their usage to "tyranny," a means of controlling people and something that instills fear into children. Still, others expressed a desire to see decisions on masks be made at a more hyper-local level, like individual school districts.

Pam Kniffin of Salem said she is "terribly against masks. I think they promote fear. I think tyranny is only created by fear. If you can cause the people to have fear, you can control anything about what they do."

Kniffin brought a handful of different masks with her to the podium as visual aids, pointing out differences in each and wondering aloud how each is supposed to protect people.

According to Oregon Health Authority:

"Converging studies show that wearing a mask can help protect both us and the people around us from spreading and catching COVID-19. It's an empowering way for each of us to protect our communities, our families, and ourselves."

OHA cited 10 studies and sources, including the Center for Disease Control and Prevention, National Library of Medicine and the National Academy of Sciences of the United States of America.

A couple of people contributing public comment at the meeting spoke more consistently with OHA's perspective on masks and other preventative mechanisms. One was an instructor who teaches at multiple schools around the county. He expressed concerns of the virus spreading asymptomatically to vulnerable people, like his disabled veteran father.

Chris Bifulco of Salem, a public health professional, echoed that as well. She pointed out that the majority of k-12 students are under age 12, which means they are ineligible for the COVID-19 vaccine, the most effective preventative method.

"The next best protection we have, especially in indoor or congregate settings, is masking," Bifulco said. "Despite what others have said, there is robust scientific evidence showing the efficacy of masks."

Bifulco pointed out that this past year's flu season was virtually nonexistent, a byproduct of the mask mandates.

"I know there have been conflicting messages about what to do and what not to do, and it's confusing and it's angering," Bifulco continued. "But it's also that we're seeing the scientific process happen in real-time. We adjust our tactics as new evidence and new variants emerge, and we are in a moment when we need to adjust. This is why masking is again recommended."

Bifulco said among the challenges in working in a field aimed at prevention is that when prevention works, it does so unseen, thereby making it difficult for some people to understand and support it.

This story was first published by the Portland Tribune.