Managed Care Plans Have $252 Million in Their Reserve Accounts

The big question is what happens to these reserves held by the 14 plans that provide healthcare to Oregon Health Plan members
By:
Amanda Waldroupe 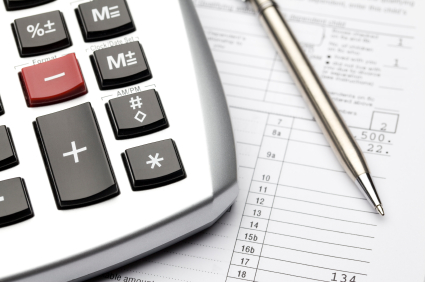 January 19, 2012—Oregon’s preparing to launch a major healthcare transformation that will lead to the creation of coordinated care organizations (CCOs) and integrate physical, mental and dental care for more than 600,000 people on the Oregon Health Plan.

But an important question hangs in the balance. What will happen to the millions of dollars in reserve funds now held by the managed care plans that currently provide such services?

“I’m not sure that any of us know,” said Jeff Heatherington, president of FamilyCare, which has close to 60,000 members and $8.2 million in reserves. Such funds (also called “risk reserves”) are essential for a managed care plan to pay for high or unexpected claims and are calculated based on membership.

Together the 14 managed care plans had $252.3 million in total reserves in June 2011, with CareOregon having $147.2 million, followed by PacificSource at $29.1 million, Lane Individual Practice Association with $18 million and Marion-Polk Community Health Plan with $14.4 million.

“It’s important that we have that stability so we can protect our membership and make sure they have quality healthcare,” said Jeanie Lunsford, the spokeswoman for CareOregon. Without reserve funds, plans could end up denying care to patients when medical costs exceed their operating budgets.

A natural assumption is that these millions of dollars should turn into reserves for the newly-formed CCOs. But, that becomes more complex with discussion under way to create a single entity for the entire Oregon Health Plan population in the tri-county Portland area.

The Oregon Health Leadership Council, which initiated those discussions, doesn’t have a position on what should happen to those reserves. “That’s an issue that needs to be discussed,” said Denise Honzel, executive director.

“But, there are some people who’ve suggested that the reserves of FamilyCare and CareOregon be used to set up that new CCO,” Heatherington said. “I think the answer from both of us is no way. We're not interested in funding someone becoming a CCO.”

FamilyCare experienced a volume of claims higher than usual in 2006, which Heatherington attributes to a bad flu season, and a high number of prematurely born babies. The result was that FamilyCare’s claims shot up unexpectedly by an additional $5-6 million —all of which came from its reserves.

“That’s one of the reasons why you have reserves, because every once in a while you have a year like that,” Heatherington said, involving high risk cases.

The managed care plans have built their reserves up over time. “When we started out 27 years, we had hardly anything in the bank,” Heatherington said. Now FamilyCare takes 3% of any profits made in a particular year, placing those dollars in its reserve account.

Physicians of Douglas County, known as DCIPA, created its reserves by having shareholders – physicians who each gave $7,000 when the organization was formed in 1993 -- to build its reserve fund. “Everybody just kind of gulped and did it,” said Dr. Robert Dannenhoffer, executive director. Now DCIPA has $4.1 million in reserves.

When the CCOs emerge, it will be essential for them to have sufficient reserve funds. But, it’s still unclear how much each organization will need and where those funds will come from.

“I don’t think anybody’s figured that out yet,” Dannenhoffer said. “It is going to be a critically important part of CCO development. They’re all going to need reserves. It’s not like the state is going to rush in and make up for it. The money may come from insurance companies. The money may come from current managed care plans. If you’re talking about a big area that doesn’t have managed care, I’m not sure where the money will come from.”

Without reserves in the bank, “you won't even be able to start operating,” Heatherington said.

“If you’re going to require really high levels of reserves, it’s going to make it really hard for some places to start a CCO,” Dannenhoffer said.

Both Dannenhoffer and Heatherington agree that the problem of having sufficient reserves shouldn’t pose a problem if the current managed care plans turn into coordinated care organizations – a process known as the fast track proposal that legislators will consider when they meet in Salem next month – which could be contentious given the fact that hospital systems and other organizations could emerge and compete to become coordinated care organizations in the same regions of the state.

Jeff needs to admit that this

Jeff needs to admit that this money was never his to begin with- this is taxpayer money. If he and dave ford are sitting on a pile of cash that they obviously don't need to run their compnanies in a way that serves the community- they need to give it back. Otherwise, this clearly a misuse of public funds, fraudulant, and illegal. our sentators should initiate prosecution of both CareOregon & FamilyCare for fraud.

A legitimate non-profit's reserves for business and community continutity is not fraud. I would rather see entities like CareOregon, Providence, Kaiser and FamilyCare preparing for the future with sufficient reserves for community, continuity. The alternative approach of groups like WVP and DCIPA where those same funds are paid out excessively to executives, members & politicians is much closer to fraud. This 'living for the moment' leaves their communities underfunded, underserved. PR

The majority of this money is

The majority of this money is public resources i.e. Medicaid money. If a system ceases to exist then the balance should be turned over to the new system to provide care for Medicaid patients. This is not "your" money, it has a statutory purpose and should be used for such.

I agree with the above

I agree with the above comment. It is ridiculous that the MCOs have all the reserve and they have made it at the expense of providers, patients and the taxpayers. Care Oregon and Family Care need to be investigated AS does DMAP for not being a proper watchdog over this whole process. That money belongs to primary care providers who are supposed to be taking care of patients, but the MCOs use it to line their pocket with no oversight from the state.

Give the Money back to the

Give the Money back to the state- both FamilyCare and CareOregon. This is the only solution. If you don't, then we (citizens) should take it back. Occupy CareORegon! Or better yet- Occupy Jeff!

BS. This money in reserve

BS. This money in reserve should go to primary care or back to the state each year. let the state keep a "reserve" account. They are no better than BCBS or any other commercial insurance outfit.

I like that Occupy CareOregon and HealthCare in general

PR- You must not be a very

PR- You must not be a very intelligent person. re-read the article. CLEARLY these are not legitimate non-profits. get a clue.

Ignorance is obvious in the

Ignorance is obvious in the responses to this article. Adequate reserving is a key actuarial component of the overall risk exposure these orgainzations contract for and take from DHS and Medicare. As the risk exposure for which these reserves are established runs out, the amount fluxuates from one period to the next. These are not reserves that are without a liabilty attached to them. Some of you should occupy an accounting class. In order for these organizations to now make a transition to become CCO's, their financial viabilty will become a key issue in their ability to take on even more risk as well as meeting the clinical goals and objectives within each of their communities/service areas. Get a clue people.

the mcos have made a killing

the mcos have made a killing off of the oregon health plan for years and their ceos have been richly rewarded - the real culprit here is OHA/dmap for lax oversight and lack of transparency regarding paid losses vs. excessive executive compensation and lavish spending on office buildings/palaces, travel, etc. goldberg and crew should be ashamed of themselves for allowing all of this to happen on their watches while other safety net programs have been cut to the bone and OHP managed care contractors have made huge profits and banked a quarter billion in reserves (on top of lavish spending and salaries). shameful.

Insurance companies who bear risk need legitimate reserves to protect themselves. These companies take a risk and they deserve the ability to profit from doing so. The ethical issue here is that MCO's are protected from competition and thus when they are making too much money (which is subective) then providers and patients should be able to choose to go someplace else. I think most of these companies have legitimate reserves. The one that seems exceedlingly high is CareOregon. The current head of OHA, Bruce Goldberg, was Medical Director there at one time. Dave Ford, the head of CareOregon is quite cozy with our State Government. It just shows that an government, non-profits and corporations are all run by humans and all can be very greedy!

It is obvious to me that many

It is obvious to me that many do not understand the requirements that DMAP has for MCO's and the risk that comes with it. Someone had to put up the reserves in the beginning to get a contract to be a MCO. The money is not the States, it belongs to the organization that has it. If that organization does not get or want to be a CCO they will use the money as they see fit, either to wind down the business or use it to get into other lines of business. This subject was brought up at the beginning of the Delivery System Transformation Team and glossed over. CCO's are going to have to put up some reserves regardless if they are public or private. I hear a lot of comments about Medicaid being the taxpayers money inferring that it is the governments money. Actually it is individuals money taken by the government. The government does not own the money, the people do. A lot of us that are MCO's put up the money and it did not come from excess earnings. Envy is just as dangerous as greed is. Mike Shirtciff