The early discussion and resolution program, created to foster transparency with patients and avoid lawsuits, is designed to work without mediators in the first round of discussions, but if a mediator is needed, the state may have as few as six currently available. A task force came across the problem, which the Oregon Patient Safety Commission expects to correct, as it worked on enacting the law on July 1.
By:
Christopher David Gray 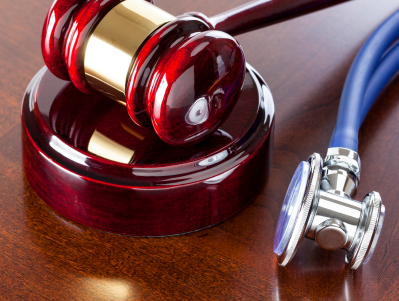 The state could have a shortage of mediators on hand in July as the Oregon Patient Safety Commission launches Oregon’s innovative plan to resolve medical errors without lawsuits.

A pair of malpractice mediators told a commission task force Tuesday that the state has only six to 12 people in all of Oregon who are currently practiced enough to meet the criteria that will get them on a state list of recommended mediators for the early discussion and resolution program.

Without a resolution process in place, there are few mediators who have dealt specifically with medical malpractice. But safety commission director Bethany Walmsley told The Lund Report that the state will be able to get around this conundrum by employing professionals who are skilled in the process of mediation, if not as intimately experienced in aspects of medical malpractice.

"There are plenty of [mediators] out there who will have that process piece," Walmsley said.

The early discussion and resolution program, modeled after a successful concept from the University of Michigan Health System, is meant to work by getting patients and medical providers together to confidentially discuss medical errors in an attempt to avoid costly lawsuits. The law was marshaled through the Legislature by Gov. John Kitzhaber a year ago with bipartisan support.

If that initial attempt to reach a resolution fails, the two sides can try again by hiring a professional mediator. That’s where a lack of mediators might cause a snag, though mediators Donna Silverberg and Molly Keating told The Lund Report that they hoped this opportunity for more work will encourage others to add medical error mediation to their repertoire.

“They have no idea how many people are going to report [medical errors] so that’s a big wildcard,” Keating said. Those people who have experience mediating medical error discussions are all malpractice attorneys who offer it as a special service in cases where they have no clients involved. If the pool is limited to less than a dozen, there might not be enough mediators to go around, and the available mediators might charge prohibitively high rates unless others come on board.

Safety commission spokeswoman Carrie Parrish later told The Lund Report that her organization was working to have the concern about a mediator shortage resolved before the law takes effect.

"While fewer mediators in Oregon currently meet the speciality qualifications, we believe there will be ample mediators with sufficient background and training to support Early Discussion and Resolution when the process launches later this year," she said.

Parrish noted many hospitals would not need to go off the official list as they were already developing relationships with mediators on their own. "Additionally, over 50 Oregon mediators have already contacted the Commission to convey their interest in being included on the Commission's list of qualified mediators," she said.

The initial round of talks between providers and patients is not designed to start with a mediator, a point of the law that Silverberg disliked.

“It would be great if mediators could come as early as possible,” she said. “The sooner you can guide people through the mediator, the better.”

Silverberg also noted that voluntary mediation always works better than court-mandated mediation, and if the parties feel like they’re compelled to listen to a mediator, their resistance to a solution may increase. Parrish noted that just as the early discussion process is voluntary, the parties could decide to bring in a mediator earlier than the law orders.

Besides the issue with the mediators, the early resolution process for medical errors came into clearer shape at the same meeting Tuesday, with doctors and lawyers hammering out workable parameters for the program.

“What we’re trying to do is to create an environment where when things go wrong, people feel safe to discuss it,” said Walmsley.

“There are a lot of definitions out there for serious physical injury,” said Melissa Parkerton of the Oregon Patient Safety Commission.

Roseburg pediatrician Dr. Bob Dannenhoffer sought to keep the process focused on the most serious cases, while Portland medical malpractice attorney David K. Miller wanted to keep the spectrum of patient problems as wide as possible.

“I think if we don’t include it, you’re going to get more people into my office,” Miller said.

Dannenhoffer is familiar with the concept of the resolution process through a similar program at Mercy Medical Center in Roseburg, which has successfully implemented a program for dealing with medical errors and avoiding lawsuits for years, albeit without many of the legal protections and confidentiality agreements offered by Senate Bill 483.

The discussion was cordial, with Dr. William “Bud” Pierce, the former president of the Oregon Medical Association, sometimes sliding in the middle to reiterate that the early discussion and resolution program was meant to be completely voluntary. “We want to make it easy to be involved for those who want to be involved,” he said.

The law and its safe harbor for resolutions won’t apply to any cases that occur before July 1, even if the errors are discovered much later.

“We’re saying you can’t use it. Not being able to use it doesn’t make sense,” Pierce said. “Maybe we can look into that as a legislative fix, although it’s clear what the law says.”