Lots Of Questions As Oregon Prepares For Omicron Variant 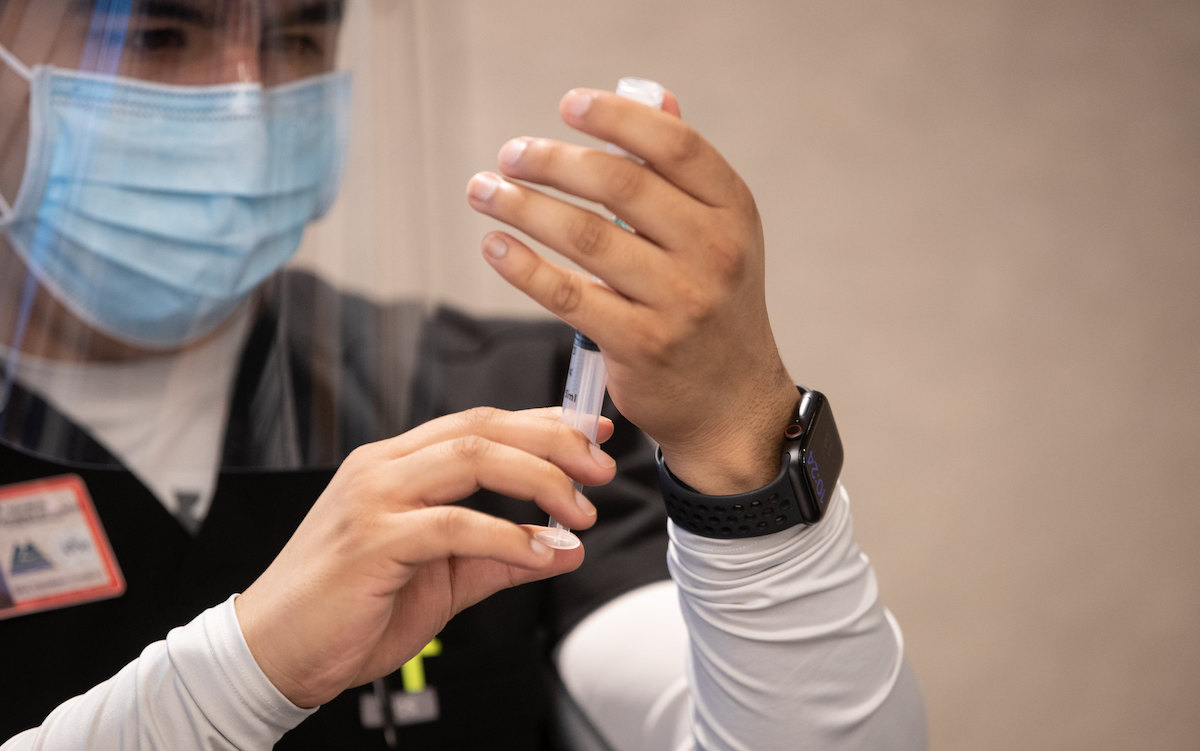 As California reports the first case of the omicron variant in the US, Oregon authorities are awaiting its arrival and have questions.

“Do we think omicron is more contagious than the delta variant or is it about the same? Does it cause more severe disease? And does it respond to the current treatment for COVID?” asked Dr. Jennifer Vines, the public health officer for Multnomah County.

“Most importantly: Does [the] vaccine continue to offer good protection against…this particular variant?”

Vines thinks it will be several weeks before the Centers for Disease Control and Prevention have any answers. But in the meantime, she said Oregonians shouldn’t be too concerned.

“I’m sure there are people who are worried that this feels like starting over. I don’t think it is. For a lot of reasons,” she said. “We have tests now that work. We have vaccines that offer good protection, that many people believe are going to hold up against this newest version of the variant. If not, we have the vaccine technology worked out in a really safe and effective platform.”

With scientists still gathering information about omicron, authorities say the main way to prepare is to get vaccinated for COVID-19. Vines is also recommending the booster shot for those who are eligible, even though it can be hard to find in some areas.

“When we look back at when the most intense vaccination effort happened, we’re right around the six-month mark from that really massive effort out of the Oregon Convention Center. So I think a lot of people are just becoming eligible at this time,” said Vines.

“I think people want to be protected for the holidays. And now I suspect that the new variant is adding to people’s sense of urgency in getting a booster,” said Vines.

Multnomah County is looking at ways to expand access to vaccine boosters but warns supplies may be tight in the near future.

Meanwhile, Vines said travel bans are buying health authorities time to fight the new variant. But she expects omicron will eventually be detected within Oregon.

At a briefing earlier this week, the CDC said it continuously monitors for variants and has vastly expanded its capacity for genomic sequencing. It now sequences more than 80,000 specimens a week – or about one out of every seven positive tests. Oregon researchers are also hunting for omicron, including COVID-19 experts at Oregon Health and Science University.

The Oregon Health Authority has a comprehensive statewide wastewater surveillance system that it runs in collaboration with Oregon State University. It’s currently collecting samples from more than 40 communities weekly and will start testing for omicron next week.

“Oregon requires that all variants of concern... are reported to public health within one working day. Oregon also asks all sequencing partners in the state to upload de-identified data directly into GISAID.org so that variant data is available to all researchers,” the statement added.

Oregon ranks 11th nationwide in the proportion of all specimens sequenced during the pandemic and so far the state has sequenced more than 25,000 specimens.