Looking To Sign Up For A Vaccine? Good Luck 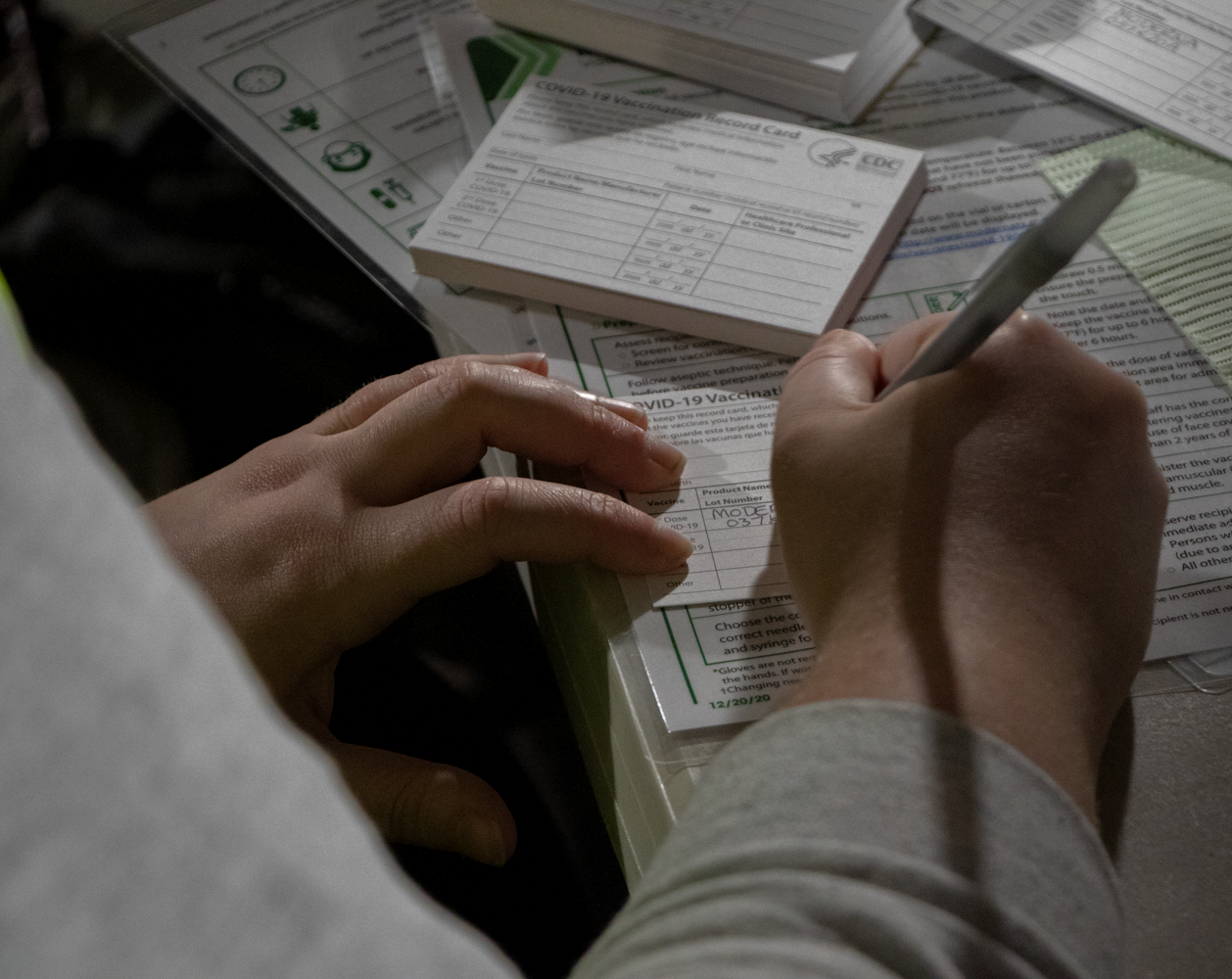 With a scarcity of vaccines, the process of trying to snag one for many eligible Oregonians has been frustrating. The Oregon Health Authority has failed to inform residents about how they can sign up, leaving that to secretive health care systems to issue invites.

Just how they are picking the lucky few has been unclear. Initially, they vaccinated all their staff -- including thousands who face no risk of infection. Now they’ve moved on to larger groups but getting a precious appointment can be elusive.

Over the weekend, Legacy Health posted one for the convention center. It was taken down by Sunday night. There are no signups on the MyChart pages of Providence Health & Services and Oregon Health & Science University, which also run the convention site with Kaiser Permanente. The latter has a signup on its site for a waitlist. A spokesman said Kaiser Permanente will be sending out emailed invitations for vaccine appointments from its list.

OHSU also runs the site at PDX but it would not say how solo caregivers, for example, could sign up.

The Oregon Health Authority has added a tool to its website that walks people through their eligibility. (Click on "Let's get started.") The tool worked well on Monday, asking users a series of eligibility questions. When their answers matched an eligibile category, it sent users to a list of counties that led to deadends.

An agency spokesman said that when there are appointments available, a popup screen appears after the person has walked through the eligibility questions that will enable them to signup for a vaccine.

On Tuesday, the tool didn't work at all. A Multnomah Country release indicated that it might be overloaded with demand. "The scheduling system can only handle 1,000 people at a time, so people may have to try back several times," the release said. "Once appointments are full for the week they will have to try again the next week."

The site doesn't have a waitlist. It could take weeks to get an appointment, with endless refreshing of the computer screen. The authority also established a text message service--  text ORCOVID to 898211. But that won't get you an appointment. The service simply alerts people to the eligibility list and sends them to covidvaccine.oregon.gov.

The situation in Oregon contrasts with Washington state which produced a PhaseFinder survey for people to fill out to affirm their eligibility. It was up from the get-go when the vaccines were first starting to be distributed. Hospital systems in the state used it to line up people for appointments.

The system in Washington is more fragmented now but Clark County, for example, has a webform for people to fill out. That, too, has become overloaded.

Two weeks ago, Multnomah, Clackamas and Washington counties posted a signup survey to simplify the process. People clambered on to the page, but there was more demand than supply.

“Within a week, we had 50,000 people on that list,” said Kate Yeiser, a spokeswoman for the Multnomah County Health Department.

The county closed the signup on Tuesday, after more than 60,000 had responded. Only about 11,000 people were invited to make an appointment for a shot. Those who didn't make the cut now have to try to sign up via the state's new tool.

“We want to emphasize that there are still tens of thousands of people in Phase 1a in the metro counties who have not received their first dose of vaccine and who should be prepared to wait weeks, if not months,’’ Multnomah County Public Health Director Jessica Guernsey said in a release on behalf of the three counties. “We understand people are frustrated, and we share their frustration. There is not enough vaccine to vaccinate everyone who is eligible or for everyone who has filled out our survey.”

County public health officials said they are frustrated with the process and put the metro area with its large population at a disadvantage compared with smaller counties.

“Oregon Health Authority has said that most people in the 1a priority group are vaccinated," said Washington County Health Officer Dr. Christina Baumann. "That may be true in other parts of the state, but it’s not true in the metro area. People who signed up using this survey expected they’d receive the vaccine in a timely manner, and local public health expected that as well. Now that seems improbable.”

Yeiser said the county has combed through the surveys to find people in the 1a group who have been left out like health providers for low-income and immigrant and refugee communities, medical interpreters, community and traditional health workers, dental providers, dialysis providers and non-emergency medical transport providers.

“For our part, Multnomah County is continuing to prioritize vaccination of priority groups in Phase 1a, based on vaccine availability,” Yeiser said.  “Those are groups we contact directly so there will not be any public link to sign up for vaccines.”