When the coordinated care organizations begin delivering health care to people on the Oregon Health Plan, they need to mirror Medicaid law, according to Mike Bonetto
By:
Amanda Waldroupe 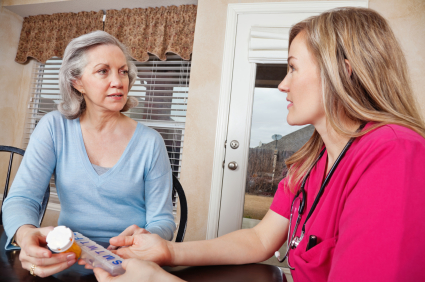 January 23, 2012— When the House Health Care Committee met earlier this week, concern was raised about how non-discrimination language would impact provider groups wanting to participate in coordinated care organizations (CCOs).

Starting in July, these CCOs are expected to integrate the physical, mental and dental care for more than 600,000 people on the Oregon Health Plan.

The committee discussed a “legislative concept,” or document that will become a bill, yesterday morning that, if approved, would allow the Oregon Health Authority to move forward with creating coordinated care organizations (CCOs) around the state that would coordinate the physical, mental and dental health care of Oregon Health Plan patients.

That legislative concept contains language prohibiting CCOs from disallowing particular provider groups from being a part of CCOs.

“A [CCO] may not discriminate in the participation or reimbursement of any healthcare provider based on the provider’s license or certification if the provider is acting within the scope fo the provider’s license or certification,” the concept reads. “A plan or organization must give written notice containing the reason for its action if the plan or organization declines the participation of any provider of group of providers.”

During the hearing, several legislators asked Mike Bonetto, Governor Kitzhaber’s health policy advisor, if the language was set in stone.

“There [are] questions about this particular language,” agreed Rep. Jim Thompson (R-Dallas), who co-chairs the House Health Care Committee.

Bonetto, who said discussions with various stakeholders are ongoing, told legislators repeatedly said that the language in the legislative concept mirrors Medicaid law. “The only thing we’ve done is include CCOs,” he said.

When it comes to alternative care providers, Rep. Margaret Doherty (D-Tigard) said, “there has to be some standard for refusal, especially if their practices are within the scope of whatever the procedure or the practice is.”

“I think that’s language that will be essential for some of us,” Kennemer said.

There’s been concern, for several months, that these non-traditional providers will be excluded from CCOs, limiting their ability to provide care to Oregon Health Plan members. "There's real concern from practitioner groups of the potential of being left out or underfunded," Thompson said.

Dr. Bruce Goldberg, the Oregon Health Authority’s director, resisted the concerns of legislators by saying that the business plan for CCOs will “allow the providers in particular communities to find their own particular equilibrium and what works best in that community.”

Rep. Mitch Greenlick (D-Portland) also expressed concern that the criteria for CCOs--that is, what makes a CCO, and what specific outcomes they will be responsibly for carrying out--will not be set in detail when the Legislature considers the business plan, but when the Oregon Health Authority goes through the rule making process after the Legislature approves the business plan.

"If that’s the case, it makes me nervous," Greenlick said.

Goldberg responded that he "can provide [Greenlick] the assurance" that the criteria for CCOs will be specific.