Three consultants from Harvard Kennedy School of Government are looking at the role of defense medicine and overutilization on medical costs
By:
Blair Thomas 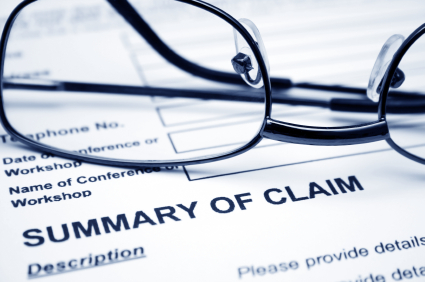 January 12, 2012— Malpractice reform has caught the attention of healthcare professionals at the national level because of its economic impact on reducing costs. A study conducted in 2010 by Amitabh Chandra, PhD, an economist and professor of public policy at Harvard Kennedy School of Government, estimated that 2.4% or approximately $60 billion annually could be attributed to malpractice claims.

In Oregon, three consultants from Harvard have been hired to research solutions and make recommendations to the February legislative session on the benefits and consequences of reforming the state’s medical liability laws.

The consultants are looking into the role of defensive medicine and overutilization on medical costs, and conducting a survey among 2,500 physicians to determine how they deal with medical procedures that could lead to a liability claim.

The benefits and impacts of liability reform will become part of their report along with how medical liability cases have been handled. The consultants' work will provide information to the Legislature to determine if Oregon will benefit from the implementation of reform options, including whether to alter the maximum amount of non-economic damages, called a cap, that someone could receive in a malpractice lawsuit.

Currently, Oregon has a $500,000 limit on non-economic damages. The Oregon Supreme Court has ruled that the cap is invalid except for causes of action that did not apply in 1857 when the state's constitution was written. The exceptions are for wrongful death and pre-natal injury cases.
This analysis resulted from House Bill 3650, passed last year, and requires the Oregon Health Authority to conduct studies and develop recommendations to reform medical liability policy.

The consultants from Harvard’s Department of Health Policy and Management include Michelle Mello, PhD, chair of the HSPH Institutional Review Board; Dr. Allen Kachalia, medical director for quality and safety at Brigham & Women's Hospital in Boston, and Kate Baicker, PhD, who served as a member of the President’s Council of Economic Advisers.
Bill Wright, PhD, a research scientist at the Providence Center for Outcomes Research and Education, is also working as a consultant. Wright is not affiliated with HSPH.
Mello and Kachalia conducted a review of the benefits and impacts of various liability reform options for the state. Their initial findings were released in early January.
Wright and Baicker are conducting studies that investigate defensive medicine and overutilization. They are also conducting a survey of physicians that address how defensive medicine is utilized under the current law that will included in their study.
This project is separate from research focused on the feasibility of  a safe harbor rule that would define the legal standard of care. The state partnered with OHSU's Center of Evidence-Based Policy to do a claims analysis. Dr. Alison Little with OHSU presented initial findings of that study to the Health Services Commission and other stakeholders.
The study suggests that 5-15% of medical liability claims could have been prevented had physicians been provided accepted practice guidelines.  The research is under way using a $300,000 grant from the Agency for Healthcare Research and Quality.
In the rare instances when applied, Oregon's $500,000 non-economic limit on pain and suffering is the highest in the region.
California and Idaho have a $250,000 limit, while Nevada’s cap is $350,000, and Washington doesn’t cap such damages.

Also, both Florida and Nevada have placed limits on damages that arise when a patient is treated in a hospital emergency room. And four states -- Arizona, Kentucky, Pennsylvania, and Wyoming- explicitly prohibit caps on medical liability damages in their constitution.

Caps on pain and suffering

Caps on pain and suffering get too much attention. They may reduce malpractice claims by making them less profitable for trial attorneys, but the real emphasis should be on expert panels and getting everyone injured in the system before these panels. This would ensure that patients are fairly compensated for injuries suffered in the health care system and would improve quality through transparency. Practitioners doing evidence-based care would not be liable for unfortunate outcomes that were not their fault, and patients would get more of the malpractice dollar than attorneys.

Oregon does not have a

Oregon does not have a $500,000 cap for noneconomic damages when a patient lives; the cap was ruled unconstitutional. The cap still remains if the patient is killed; ironic, isn't it? And that $500,000 limit was passed in 1987, has not been update for inflation. Agree w nbenton: tort reform does nothing to reduce health care costs. Nor does it reduce the cost of liability insurance: if it did, malpractice insurance for doctors in California should be 1/2 what it is in Oregon, right? Truth is these "reforms" are simply political posturing by legislators.