Paul Terdal, who has two sons diagnosed with autism, has been shepherding the legislation since 2009
By:
W. Scott Jorgensen 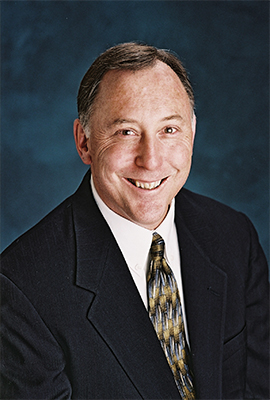 May 7, 2012 -- Although Oregon’s next legislative session is 10 months away, work is already beginning on legislation to establish requirements for health insurance coverage of autism spectrum disorders and streamline the process of obtaining care.

A closed door work session was held at the Capitol on May 1, and included legislators, insurance industry representatives and autism advocates such as Portland resident Paul Terdal, the father of two autistic sons.

During the 2009 legislative session, Terdal made his first attempt at becoming involved in changing the laws regarding insurance coverage of autism. His efforts were limited, though, as he talked to some legislators but didn’t really lobby the issue.

By 2011, Terdal was much more active in the process. He helped work on a proposed law, Senate Bill 555. That bill made it through the Senate Health Care, Human Services and Rural Health Care Policy Committee and went to the budget-writing Ways and Means Committee, where it stalled until the session adjourned.

The session was nearly over by the time Terdal obtained a copy of the fiscal impact statement accompanying the bill. Those higher numbers in the impact statement were due to the assumed costs of insuring Oregon’s public employees and their families under the mandates included in the bill.

Terdal said he realized the analysis was flawed, and worked with a friend at Oregon Health & Science University to prepare a rebuttal.
With new figures in hand, a meeting took place in May with representatives of the Oregon Health Authority, the Public Employees’ Benefit Board, Sen. Chris Edwards (D-Eugene) and Rep. Peter Buckley (D-Ashland). Terdal said that everyone was in agreement that the initial analysis was incorrect. However, it was very late in the session at a time when lawmakers were struggling to balance the budget as revenues continued declining.

Buckley, who co-chairs the Ways and Means Committee, confirmed that popular programs such as Temporary Assistance for Needy Families were still being cut, making it difficult to create or justify any new programs.

Finally, in February, a similar bill was introduced, Senate Bill 1568, but Sen. Laurie Monnes Anderson (D-Gresham), who chaired the healthcare committee, never called for a vote, saying she needed more details about its impact on the insurance industry.

Terdal, a management consultant, has been fighting this battle since his oldest son was diagnosed as autistic when he started preschool at age three, and admits he was stunned when his insurer, Kaiser Permanente, told him to seek help through the public school system.

“We had bought the single most expensive policy they sell,” Terdal said. “It’s not like we waited until our boy was sick and then bought insurance. I was totally bewildered. It made no sense to me.” Frustrated after Kaiser denied coverage, Terdal filed an appeal, a process he described as “extremely combative.”

When his second son was born in 2007, he began having the same symptoms. “It was clear to everyone that he had a problem,” said Terdal, which he described as a “long, painful, and expensive process.”

Kaiser was willing to spend $15,000 on brain imaging tests and MRIs, Terdal said, but reluctant to spend far less on a specific autism evaluation.

Later, a specialist at OHSU recommended Applied Behavior Analysis for his older son at a cost of $50,000 a year, which would provide intensive individualized treatment focused on helping him to adapt to his environment and different social settings.

By then, Terdal had become involved with the Oregon Commission on Autism Spectrum Disorder. That group included an insurance company executive, who told Terdal that the treatment was experimental, with uncertain results.

This became a tipping point of sorts for Terdal. On one hand, a pediatrician was telling him one thing, while an executive for the same company seemed to be telling him the exact opposite.

Terdal had to cut back his workload to 20 hours a week so he could take his son to the therapy sessions. He wiped out his family’s savings and took on debt in the process.

“It was a pretty stressful year,” he said. “Career-wise, it was a huge hit.”

However, all of the difficulties faced by the Terdal family have not been in vain. Because of those treatments, both of his sons are expected to live fairly normal, independent lives once they reach adulthood.

Terdal remains determined to see legislation passed so other families don’t have to go through similar hardships. He may not have to wait much longer.

The focus of the May 1 legislative work session was to go over SB 1568 and address the concerns brought forth by all the various parties, Terdal said. A follow-up session may happen near the next round of committee days at the capitol, scheduled for May 21 through 23.

Buckley anticipates having a bill brought forth for the 2013 session, and that it stands a good chance of passing and being written into law.

“It’s now more within the realm of possibility,” Buckley said.

Oregon is far behind on the

Oregon is far behind on the issue of insurance coverage of medically necessary treatments of autism. 30 other states have already enacted such coverage; Indiana was the first state to do this in 2001, while Oregon is hoping for 2013. What is stopping reform efforts in Oregon? Why couldn't Oregon legislature pass this reform in 2011 and 2012 while Arkansas did it in 29 days (from the day the bill was introduced to the Governor's signature) in 2011? Tatiana Terdal