Coordinated care organizations have until next summer to integrate dental care with their medical and behavioral health services, but disputes including a failed Senate bill that would have satisfied concerns of dental groups has slowed the process.
By:
Christopher David Gray 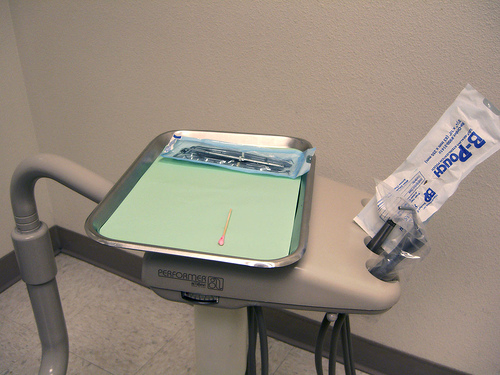 July 19, 2013 — Coordinated care organizations have started the tricky work of integrating dental care into their healthcare delivery system for the Oregon Health Plan, now that legislation pushed by dental organizations has failed, and the ground rules have become more settled.

Senate Bill 373, pushed most ardently by Advantage Dental, would have guaranteed contracts for all the existing dental organizations through 2017, but the CCOs resisted that demand, and the bill died in the budget committee after clearing the Senate Health Committee.

“The bill got caught up in the politics of DCOs and CCOs and the Democrats and the Republicans,” said Mike Shirtcliff, DND, president and founder of Advantage Dental. “Senator Bates never felt he had the votes to get it out of the full Ways and Means Committee.”

Sen. Alan Bates, D-Medford, has been on vacation since the session ended and was unable to comment by press time.

SB 373 took many forms as the sides tried to work out its disagreements. At one point, CCOs would only have to contract with four DCOs in their geographical area. Another version asked that they contract with a majority of the DCOs and ensure that a majority of Oregon Health Plan members kept their same dentist.

“It makes it more difficult for DCOs to invest if they have uncertainty,” Shirtcliff told The Lund Report. For the past 20 years DCOs have been providing care to Oregon Health Plan patients while few other dentists would take the low-paying insurance or show any willingness to accept a flat per member payment, said Shirtcliff, adding only 20 percent of Oregon dentists will take Medicaid clients. “Most of the dentists in Oregon are not interested in doing Medicaid.”

Rose Englert, a lobbyist for CareOregon, the health contracting agency, was convinced the legislation wasn’t necessary because Oregon already requires contracts with all DCOs by 2014. As long as they provide quality care, their contracts will get renewed until the DCOs are dissolved in 2017.

The bill was consistently opposed by CareOregon and HealthShare, a Portland-area CCO, but Shirtcliff said their lobbying was less effective than the opposition of Trillium Community Health Plan, which was backed by two key House Democrats — Rep. Nancy Nathanson and House Majority Leader Val Hoyle, both from Eugene. Nathanson chaired the committee that dealt with the human services budget along with Bates.

“Universally, none of us [the CCOs] were in favor of having contractual language in legislation,” said Debi Farr, spokeswoman for Trillium. Her organization also opposed giving dental groups contracts through 2017 since other healthcare providers only get one-year contracts.

Despite SB 373’s failure, Shirtcliff may get the outcome he desired. At least in Lane County, Farr said Trillium intends to contract with all four DCOs that serve the Eugene area — Advantage, Capitol, Willamette and ODS — as early as October.

But Farr said Trillium was actively recruiting independent dentists because of the fear there won't be enough dentists for the 27,000 new clients Trillium expects next year with the Medicaid expansion.

And while children on the Oregon Health Plan have long received full dental care, statewide 65,000 low-income adults on the plan have been receiving only emergency tooth repair. Those people will receive comprehensive coverage in January and many do not have an existing relationship with a dentist.

“For the first time, they’ll have access to comprehensive services,” Farr said. “Oral health is important to overall health.”

The legislation also may have just slowed down the inevitable absorption of DCOs by coordinated care organizations since they were unable to contract with anyone while the legislation was being debated, said Mike Plunkett, DND, the director of CareOregon Dental.

Since the Legislature adjourned on July 8, Plunkett has gone from being an adviser to making concrete decisions about contracts. “If we didn’t have the legislation, we would have been doing this four months ago,” Plunkett said. “We had an entire legislative process that was very terse, and I just want to get past that.”

CareOregon is in a unique position because it both helps five CCOs contract their services throughout the state, and owns its own network of dental providers in the Portland metropolitan area, having purchased MultiCare Dental, which is now known as CareOregon Dental. Plunkett indicated he plans to sign contracts with both HealthShare and FamilyCare.

Because of disagreements between the DCOs and CCOs, the deadline for the integration of dental care into coordinated care organizations has been delayed until June 1, 2014. The Oregon Health Authority has been paying the DCOs directly on a per member per month basis for service to Oregon Health Plan members in the meantime.

Each CCO has another year to work out its dental contracts, and then submit those plans to the Oregon Health Authority for approval.

Shirtcliff said that Advantage Dental was close to inking a contract with one CCO and hoped to work with another 15 organizations across the state over the next year.

Image for this story by Andrei Zmievski (CC BY-NC-SA 2.0) via Flickr.