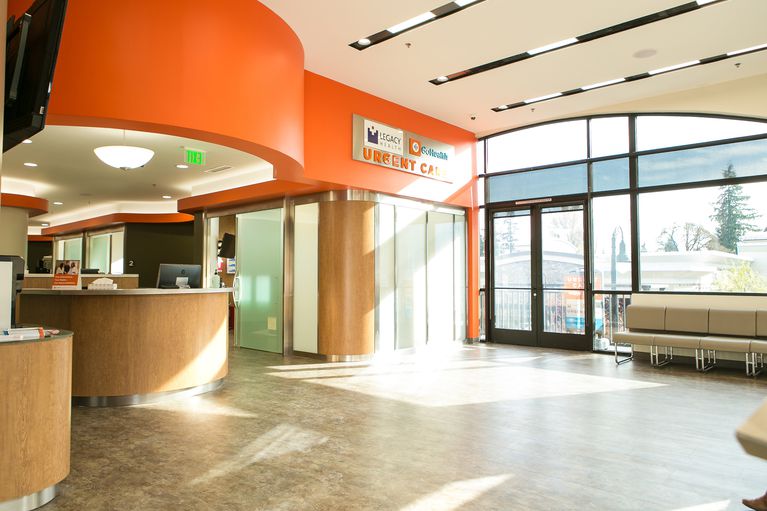 Legacy Health is closing some urgent care and lab locations across the Portland metro area and the Willamette Valley, and it’s limiting the services available in other clinics. This comes as Legacy faces staffing shortages due to employees choosing not to comply with its COVID-19 vaccine mandate.

A Legacy spokeswoman says the closures will be temporary as it looks at strategies, including temporary labor and accelerating hiring to increase staffing.

It’s an indication of the challenges to come as other health systems across the state grapple with an ongoing surge in COVID-19 hospitalizations, staff burnout, and a vaccine mandate that most health workers have complied with but a minority deeply oppose.

Legacy is placing unvaccinated staff, who do not have an approved medical or religious exemption, on administrative leave starting at midnight on Oct. 1.

Legacy employs about 14,000 people at six hospitals and about 70 clinics in Oregon and Southwest Washington, making it one of the largest employers and health care providers in Oregon.

The closures include four of the nonprofit’s 16 GoHealth Urgent Care Centers, in Camas, Lake Oswego, the Pearl District, and West Linn; as well as four Lab Patient Service Centers in Camas, Cornell, Lake Oswego, and West Linn. Legacy says it is moving staff to other nearby locations to consolidate services.

Imaging services like CT scans, mammograms, and ultrasounds will no longer be available at the Woodburn Health Center. Ultrasound and X-ray services are being suspended at Legacy medical office locations in Tualatin and Vancouver. Some nonurgent surgeries, already suspended due to the delta variant surge, will continue to be postponed due to the staffing crunch.

Legacy would not say how many employees had requested medical or religious exemptions, or whether any of those exemptions were granted.

So far, 93% of Legacy employees and 98% of its medical staff have been vaccinated.

Employees who want to remain employed have until October 18 to start their vaccination series.

“We don’t want to lose one nurse because of this mandate,” said Dr. Kecia Kelly, chief nursing officer at Legacy. “But we also stand by our core value of having a safe place for our patients to receive care, and we sincerely believe that the vaccine, along with masking, is the only way that we are going to get out of this pandemic.”

A rule issued by the Oregon Health Authority this year requires all health workers in the state to be fully vaccinated against COVID-19 by October 18, while allowing health systems to impose earlier deadlines on their staff if they chose.

The Oregon Nurses Association has accused Legacy of issuing blanket rejections of requests for religious exemptions and following a process that lacks transparency.

“Legacy hasn’t told us how many exemptions or of what kind have been received, or how many have been granted,” said ONA spokesman Scott Palmer.

“We only know what our staff has heard from nurses on the ground, which is we do not know of a single religious exemption that has been granted at Legacy Silverton. Given the lack of detail we don’t know how else to characterize it.”

ONA doesn’t yet have information for employees at Unity. But at the Silverton location, out of 150 nurses, 31 have not complied with the vaccination requirement.

ONA initially opposed a vaccine mandate for all health workers, arguing that testing should be an option for nurses who didn’t want to be vaccinated but have supported the policy since it became law.

Palmer said ONA believes everyone who can be vaccinated should be and that employers need to respect state and federal law when a nurse seeks an exemption for medical reasons or deeply held religious beliefs.

Nurses in turn, Palmer says, have an obligation to use the exemption process honestly and with integrity.

Legacy’s religious exemptions were reviewed by a committee that included ethicists and members of a spiritual care team, and the process was blinded to protect employees confidentiality, according to CNO Dr. Kecia Kelly.

“It was a fair and equitable process where every single individual case was taken into consideration prior to making our decision,” Kelly said.

Kelly said her priority is continuing to encourage staff who have not gotten vaccinated to do so, but she respects that some nurses have made their decision.

“We want to thank all of our nurses, all of our staff that have been here to care for our patients in the most difficult time in health care that many of us have ever experienced,” she said. “Nurses have been on the sharpest bleeding edge of this work, and I have seen the work, I have seen the sacrifices they have made, firsthand, to be able to take care of our patients.”