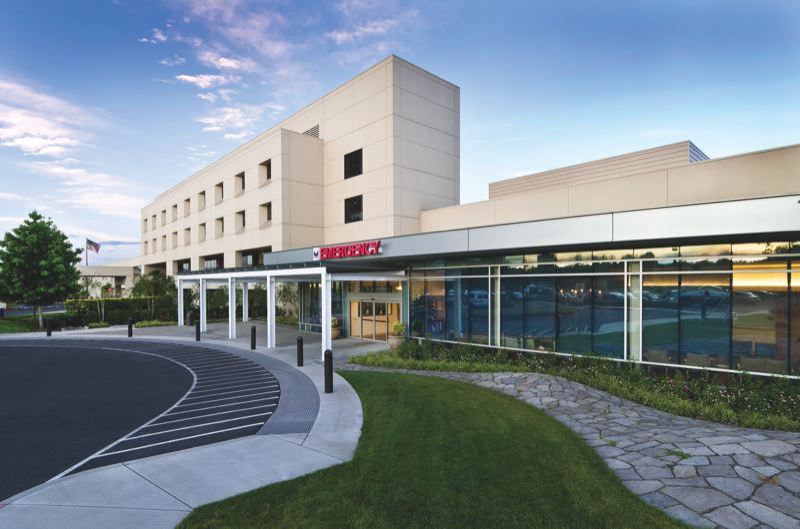 Legacy Health has launched an effort in federal court to overturn Oregon’s long-established rules spelling out when an employer must provide meal breaks.

At issue: rules that Legacy is fighting are based on eight-hour shifts. But in today’s workplace, nurses are working 12-hour shifts. The health system contends that providing more than one meal break would be too costly, so the rules should be more flexible on when that break occurs.

Legacy’s lawsuit filed in the U.S. District Court in Portland last month caps years of dispute with the Oregon Bureau of Labor & Industries. It argues that the National Labor Relations Act preempts parts of Oregon’s meal break law and rules, and that the state rules impose an “onerous” burden on the six-hospital, 14,000-employee system.

BOLI last December threatened Legacy with $8.7 million in fines for failing to follow the detailed meals rules as well as rest period rules in 5,766 instances at four of its hospitals in 2016 and 2017. That proposed fine is pending.

The state rules spell out at what points in a worker’s shift the employer must provide the meal break. Legacy’s violations consist mainly of providing nurses and other clinical workers with meal breaks outside the window specified by the rules. It’s impractical for many of the system’s nurses to take their meal breaks in the state-specified window, Legacy contended. BOLI's fine notifications show that the hospitals also allegedly failed to provide some workers any meal breaks at all, or provided shorter meal breaks than the 30 required minutes. And some hospitals failed to provide required rest breaks, according to the notifications.

If BOLI fined the system for all meal break violations at all other departments at all its hospitals for the period 2019-2021, Legacy would face penalties that “would conservatively be in the tens of millions of dollars and perhaps in excess of $100 million,” Legacy stated in its lawsuit. That “could force Legacy Health into a financially unsustainable operation and require the reduction of essential services, (and) an increase in the cost of healthcare which would be passed on to patients.”

Legacy argued that it would be too costly for it to hire more nurses to cover for nurses who were taking breaks in compliance with the BOLI break schedule.

BOLI has not yet responded to the lawsuit and declined to comment to The Lund Report. Legacy names BOLI Commissioner Val Hoyle and Deputy Commissioner Duke Shepard.

The sides have been sparring over the issue for years.

Oregon law states that workers must be provided meal breaks and allows BOLI to set the specific rules.

Legacy nurses and other employees, in complaints to BOLI from 2015 to 2017, said Legacy was not doing enough to ensure employees had the staffing backup so they could take meal and other breaks as spelled out by the rules.

A sampling of he complaints were described in a 2017 Portland Tribune article:

In 2017, BOLI issued a final order fining Legacy $265,000 for meal break violations and $11,000 for rest break violations at Legacy Emanuel Medical Center. Legacy initially disputed the fine but then paid it, BOLI said.

But BOLI said that it kept receiving complaints from employees at Legacy hospitals. So it carefully audited the timecards and other work records of thousands of employees.

In 2018, BOLI levied a $5.1 million fine against Legacy for allegedly denying more than 5,000 break and meal periods to hundreds of employees at Good Samaritan Hospital, Mount Hood Medical Center and Meridian Park Hospital. The fine was by far the biggest ever levied by the agency. But BOLI never collected. The agency withdrew that proposed fine in October 2019 and the sides began negotiations, Legacy’s lawsuit said.

In March 2021, Legacy petitioned BOLI to change the meal break rules so that hospitals could exempt themselves from it. BOLI rejected that after an outpouring of public comment, mostly from nurses, opposed the change.

Then, last December, BOLI quit the negotiations over the $5.1 million fine, Legacy said. And the next day, the state sent a notice that it would fine Legacy a lot more — $8.7 million — for meal and rest break violations in five departments at Good Samaritan, Mount Hood, Meridian Park and Legacy Emanuel hospitals. The alleged violations include 331 instances of an employee being given no meal break, 135 instances where the meal break was too short, 4,747 instances where it was at the wrong time in the shift, and 553 instances in which the employee was not given the required rest break.

One focus of Legacy’s suit is a longstanding clause in the state meal break law that exempts hospitals where nurses are unionized from having to obey the BOLI meal break rules if the union and the hospital reach their own agreement on meal breaks.

Among Legacy’s hospitals, only the nurses at the small Legacy Silverton Medical Center are unionized. The other five are not.

By contrast, most nurses at most other big Oregon hospital systems — including Providence, PeaceHealth, Oregon Health & Science University, Samaritan and St. Charles — are unionized. Many have their own meal break agreements.

Legacy argues that varying meal break rules depending on whether a staff is unionized is unreasonable and violates the National Labor Relations Act.

BOLI “treats its regulations as necessary only when a healthcare employer has not bargained with a union,” Legacy stated in its complaint.

The National Labor Relations Act and federal labor case law prohibit states from “passing laws that interfere with the workers’ freedom to choose or not choose to join a union,” the lawsuit said. “The imposition of meal time requirements on non-union hospitals but not on unionized hospitals penalizes hospitals and their employees who have chosen not to unionize.”

Most of the nurses at Legacy’s hospitals work 12-hour shifts, Legacy said. BOLI’s rules require Legacy to provide a 30-minute meal break in the fourth or fifth hour of their shift, Legacy stated, adding that “Some employees are forced to take a meal break in mid-morning at a time that is unhealthy for them, inconvenient for them, uncomfortable for them, and at times leads to physical discomfort and hunger during the remaining eight or more hours of their shift.” Plus, it means that many nurses must take their meal break at roughly the same time, which jeopardizes patient care, the lawsuit argued.

The BOLI rules were apparently developed with 8-hour shifts in mind, not 12-hour ones, Legacy said.

It is “extremely difficult, if not impossible” for Legacy to obey the meal break rule in departments such as emergency care and family birthing, where events are unpredictable and nurses may have to delay taking a meal break, Legacy argued.

“The timing of care needs for particular patients cannot be changed or adjusted to meet requirements when meals must be taken,” it argued.

Adding staff would be inefficient and too expensive, the lawsuit argued.

“A department could have several additional staff on hand and still not have the resources needed to meet the needs of a particular patient on any given day,” it said.

Giving nurses a second meal break later in their shift would also be costly, as well as difficult, it argued.

Some Legacy nurses, at a time not specified in the lawsuit, met with Deputy Commissioner Shepard, the lawsuit said.

Legacy said it wants a federal judge to rule that federal law invalidates Oregon’s meal break law and the detailed regulations implementing it, and that BOLI rules were unlawful.

May 5 2022
News source:
The Lund Report
Keywords:
Legacy Health, lawsuit
×
This article is for premium subscribers. If you are one, please sign in below.
You can see two more premium stories for free. To subscribe, click here. We depend on premium subscriptions to survive, and they are tax deductible.
Sign InGo Premium Not now