Legacy Conference Focuses on the Healing Power of Nature 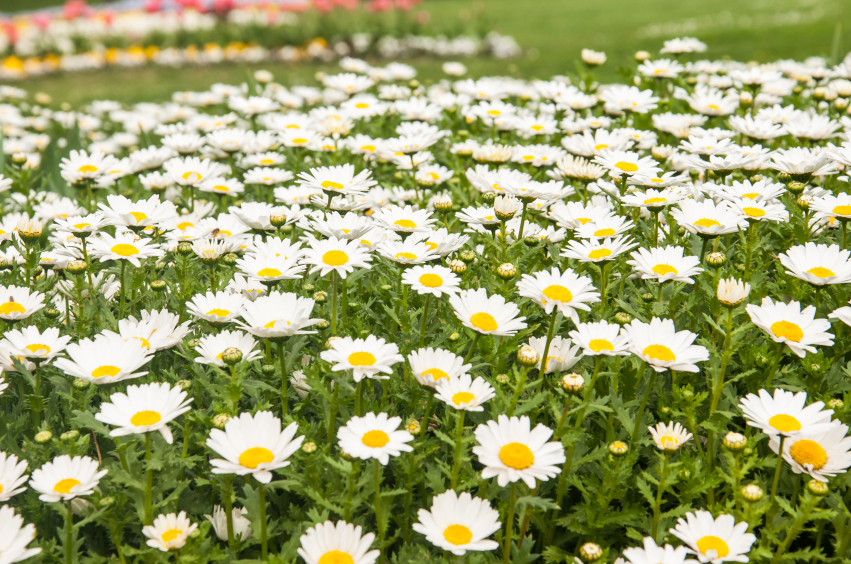 Dr. Duncan Neilson started his keynote speech at Legacy's Gardens in Healthcare conference last week saying he wasn't sure about his qualifications to give the talk.

“This is a group of professionals and scientists who are putting gardening back into the healing arts,” said Neilson, an obstetrician who is also the surgical program director at Legacy Health, and is leading its garden development and research studies project. “I'm a surgeon and I know something about the effect of the natural world on each of us.”

Neilson, also an accomplished nature photographer, accompanied his talk with photos he had taken from gardens and natural landscapes all over the world.

“The model that I grew up with is that the human body is a machine and when it breaks, it's my job to go fix it,” Neilson said. “It was through photography that I figured out something else was going on.”

He learned to take photos as a child fascinated by birds, but then started taking pictures of flowers and eventually his interest turned to landscapes.

While showing photos from a trip to the Annapurna mountain range in Nepal, at one point Neilson considered mountains “barren, lifeless” landscapes. In Nepal, he found human life seamlessly integrated into the landscape, and learned the name Annapurna is Sanskrit for “giver of life.”

He believes the healing process is governed by unconscious processes, and the reason people fare better when they have access to nature has to do with a basic, cellular need to feel connected to other forms of life. He noted that the healthcare field is starting to come back around to a more holistic view of patients' needs.

“We are very proud of our human-ness, the special DNA that makes us who we are, but in reality we are all composite,” he said, in that humans share DNA with many life forms.

Clare Cooper Marcus is “one of the giants in this field,” according to Nielson. A professor emerita in the Departments of Architecture and Landscape Architecture at the University of California, Berkeley, she’s the principal of Healing Landscapes, a consulting firm that specializes in researching the effectiveness of restorative landscapes in healthcare settings.

She cited a 1984 study by Roger Ulrich, which found that patients recovering from gallbladder surgery had a much shorter recovery time if they had a view of nature from their hospital rooms.

Since then, the idea of incorporating gardens in hospital settings has become more popular, Cooper Marcus said. She worked in a 1994 study on post-occupancy outcomes, but having never looked at hospital gardens systematically, she and other researchers assumed the majority of people in healing gardens would be patients.

Instead, the opposite was true, and the hospital staff actually visited healing gardens more frequently, and had tears in their eyes when they talked about how those visits helped them manage the stress of caring for their patients.

Hospital patients have also shown increasing interest in therapeutic gardens, she said, because it gives them choice and a sense of normalcy. Now, therapeutic gardens are more specialized – including gardens specifically for children or people with particular conditions, such as severe burns, Alzheimer's disease or depression – and in some cases, patients work in gardens as part of occupational therapy.

In order to be effective, healing gardens need to be designed to meet the needs of the patient, Cooper Marcus said. Gardens for Alzheimer's patients should be enclosed to prevent patients from getting out – since people with dementia are likely to wander – and can be designed so patients do not feel trapped. Gardens for patients recovering from cancer should have plenty of shade and plants that are not overly aromatic, since people going through chemotherapy can easily become nauseated.

“To some extent, it's become a bit of a fad,” Cooper Marcus said. “Some 'healing gardens' don't warrant the name.” She showed several slides of poorly-designed healing gardens, including those in the southwest with no shady areas and hospital entrances with dying shrubbery.

Marni Barnes, who helps create therapeutic gardens, talked about the cultural exchange involved in creating healing gardens in Bhutan and Japan. She discussed the spiritual aspects of healing gardens. “That can be hard to talk about in this country. People tend to pigeonhole it into religion or California,” she said, laughing. But spending time in nature is an important part of many spiritual practices.

“Everything, including history, is cyclical,” Sachs said. “Before Western medicine, all people had was plants, and being with plants.”

Sachs cited Florence Nightingale, who urged her patients to get fresh air whenever possible, as “the first evidence-based designer,” and pointed out that Frederick Law Olmstead, the father of landscape architecture, was the head of the US Sanitary Commission before he designed Central Park.

Now hospitals – as well as public health agencies and cities – are recognizing the need for access to green space to prevent chronic conditions.

During a panel discussion at the end of the conference, speakers talked about how advocates can preserve existing therapeutic gardens – since some hospitals are tearing them out – and how to make sure they’re designed appropriately.

“There is a dearth of landscape architects who know how to do therapeutic design,” Sachs said, and so far, there is no certification process for appropriate therapeutic garden design, though some professional associations have begun the discussion.

Often, Barnes said, landscape architects are more likely to be hired if they're adept at self-promotion, but often aren’t interested in working collaboratively.

“The work I do needs to support physicians, nurses, patients and families. It can't be what I want,” Hazen said.