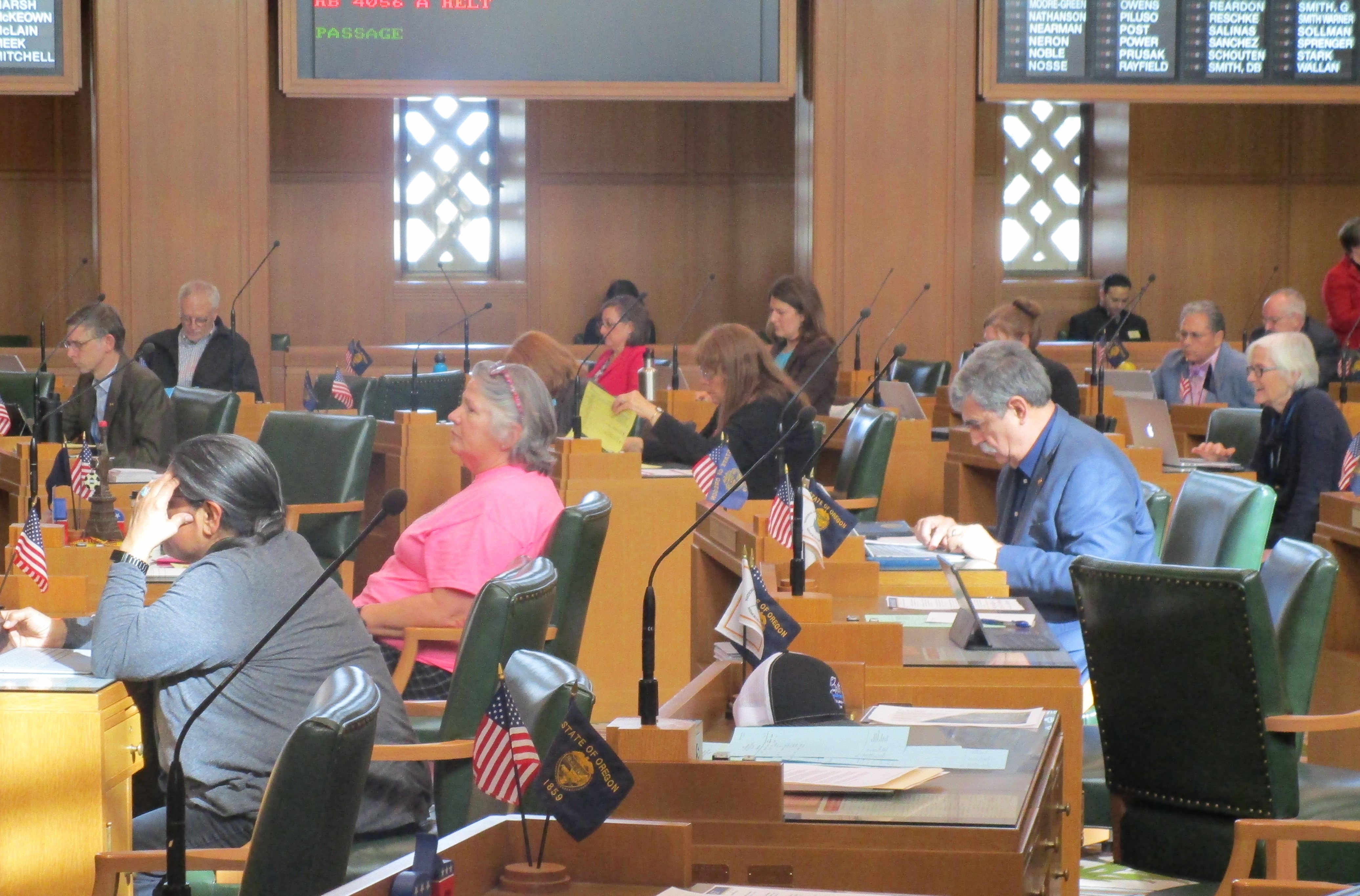 State lawmakers in the 2021 session face unprecedented times that will force them to take a look at how the health care system works and how to bridge gaps in service.

Don’t expect the status quo. Lawmakers may even pass a public option.

The health care system in Oregon made a seismic shift when the pandemic started, as primary and specialty providers treated patients through telehealth visits. Meanwhile, the economy took a nosedive when people started to shelter in place, putting the state’s revenue outlook in a precarious situation. This is the backdrop for state lawmakers who spoke Thursday in a panel discussion at State of Reform, an annual conference about Oregon health care.

Rep. Andrea Salinas, D-Lake Oswego, and chair of the House Interim Health Care Committee, said lawmakers will consider a bill to expand  health care in Oregon by offering a public option that would allow Oregonians to choose a public insurance plan instead of a private one. The aim of the bill is to expand coverage to the uninsured, Salinas said, calling this group the “target population” of a public option.

The number of residents in Oregon without health care coverage has grown since the pandemic struck. One study estimated 320,000 people in the state now lack health insurance.

A plan could also be offered through commercial insurers, according to Jeremy Vandehey, director of the Oregon Health Authority’s Health Policy & Analytics Division, who spoke in a separate panel.

He said the agency is finalizing a report about the public option and that it will go to the Legislature in the next few weeks. The report will look at different options and models for how to potentially design a public option program.

Patrick Allen, director of the health authority, said the bill would spring from its so-called “Cover All Kids” initiative that expanded Medicaid coverage in 2018 to all children regardless of their immigration status. Almost all children now living in Oregon have health insurance.

Between now and the end of the year the agency will hone in on who is struggling the most to receive access to health care to accommodate them, Vandehey said.

On another subject, Rep. Rachel Prusak, D-Tualatin and West Linn and a nurse practitioner, said COVID-19 has demonstrated the value of telehealth as the health care industry pivoted to online and telephone appointments. In past sessions, Prusak has tried to get legislation passed to ease the access to telehealth. She said she plans to bring a telehealth bill forward in 2021. The Centers for Medicare & Medicaid Services, which sets rules that commercial insurers usually end up adopting, relaxed restrictions on telehealth visits in reaction to the pandemic. Oregon followed suit, guaranteeing parity of payment in line with in-person office visits.

But no one knows what will happen after the pandemic ends and whether the new rules will stay in place.

Attendees also heard about the budget outlook from Rep. Rob Nosse, D-Portland, who serves on the Joint Interim Committee on Ways and Means, which sets the budget. Nosse also is co-chair of the budget committee’s human services subcommittee. Nosse said the state budget will face a mix of good news and bad news as lawmakers start to plan the next biennium.

“It’s going to be a little like white water rafting,” Nosse said. “I think that’s what it’s going to feel like as we start to build a budget.”

The good news -- so far -- is that state revenues are not as down as deeply lawmakers originally feared. That picture has changed. In May, the state forecasters predicted that Oregon would end its 2019-2021 budget cycle with a $1 billion shortfall. Now, state economists project that the budget cycle could end with a $1.7 billion surplus that can be applied to the 2021-2023 biennium.

“State revenue is not down like we estimated in May,” Nosse said, adding that a combination of unemployment benefits and people working from home remotely is helping.

But other budget uncertainties remain. For example, a spike in coronavirus cases could put another dent in the economy.  The state is putting out another forecast in November, which will give lawmakers a better picture of the economic outlook before they set the budget.

The election is also in November. If former Vice President Joe Biden beats President Donald Trump, Nosse said, Oregon could get another round of federal funding through a new version of the Coronavirus Aid, Relief and Economic Security Act, also called the CARES Act. This also hinges on Democrats retaking control of the U.S. Senate, he said.

In Oregon, Nosse said he expects Measure 108 to pass, which would raise the tax on tobacco and vaping products and generate money for Medicaid and smoking cessation and prevention programs. State analysts have projected the next tax would raise $331 million in the 2021-2023 biennium.

Nosse noted that tobacco companies have not spent  money against the measure. In 2007, the tobacco industry took a different approach, spending millions to defeat Measure 50, a nearly 85-cent-a-pack increase to raise money for children’s health insurance.

Oct 23 2020
News source:
The Lund Report
Keywords:
legislature, health care, public option
×
This article is for premium subscribers. If you are one, please sign in below.
You can see two more premium stories for free. To subscribe, click here. We depend on premium subscriptions to survive, and they are tax deductible.
Sign InGo Premium Not now