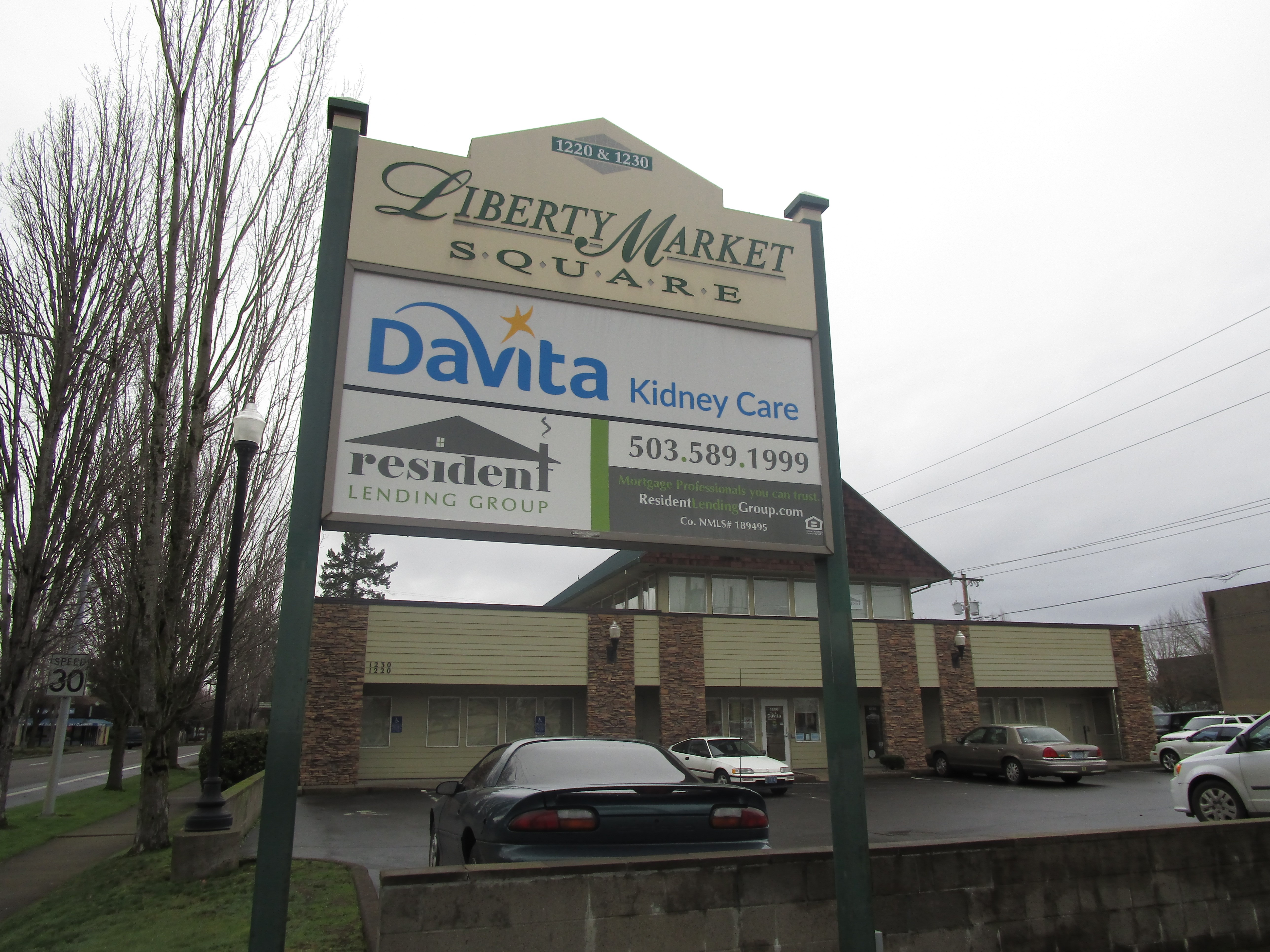 The Oregon legislative session that starts next week is likely to be the stage of a contentious battle over high health care costs -- but this time prescription drugs won’t be the focus.

The two companies that largely control the dialysis market, Fresenius and DaVita, serve many patients on Medicare. But they reap higher payments for dialysis treatment from private insurers. The companies say they need privately insured patients to stay afloat. But critics claim they’ve kept payments from private insurers flowing through a questionable scheme that involves revolving door payments. The dialysis companies donate millions to a nonprofit which in turn subsidizes private health insurance for dialysis patients.

A California lawmaker called it a “self-serving scam.” A whistleblower lawsuit accused the companies of enjoying kickbacks.

Last year, California passed a bill capping the amount dialysis companies can charge for treatment and driving reimbursement rates down to Medicare rates through mediation when a charity subsidizes the patient’s premiums. DaVita and Fresenius fought back in the courts, and the case is under an injunction.

Now Oregon lawmakers are taking up the torch, but with a different approach.

A bill backed by Oregon Rep. Andrea Salinas also targets the amount dialysis companies can charge for treatment. The Lake Oswego Democrat and chair of the House health care committee is pushing a measure that would require that payments from all private insurers to dialysis providers be capped at the Medicare rate. The bill also would cap out-of-pocket costs for patients at 10% to help stem rising health care costs overall.

The dialysis industry says it needs those higher payments to stay in business, especially in rural clinics.

The debate will put a laser-tight focus on the cost of dialysis treatment and the system of paying for care, which keeps thousands of Oregonians alive.

Dialysis involves filtering impurities out of the blood in patients with end-stage renal disease. They account for 1% of the Medicare population, but their care takes a 7% slice of the Medicare budget, according to the University of California at San Francisco. Every year, Medicare spends an average of $90,000 per patient annually -- or $28 billion -- on dialysis, the university found.

Nationwide, an estimated 468,000 people with kidney failure are living on dialysis, federal data show. In Oregon, 4,355 patients with end-stage renal disease rely on dialysis to stay alive, according to the U.S. Renal Data System’s 2018 annual report. There were 1,030 cases of renal failure diagnosed in Oregon in 2016.

Dialysis treatments are covered by Medicare, including for patients younger than 65 under federal law. Congress put dialysis under Medicare in 1972.

The goal of dialysis is to medically replace the function of the kidneys when they fail.

Hemodialysis requires a trip to the clinic and usually happens three times a week for patients, said  Dr. Susan Gurley, division head of the Division of Nephrology and Hypertension in the Oregon Health & Science School of Medicine. OHSU provides in-patient dialysis services.

“It really is meant to just replace your native kidney function,” Gurley said.

Each dialysis session can last about four hours.

“It’s a pretty significant treatment for the patient,” Gurley said. “It’s invasive because you’re taking their blood out. It’s a pretty big deal.”

It’s not a cure, though. Usually only a kidney transplant can eliminate the need for dialysis after kidneys have failed to the point of needing treatment. Some patients are on dialysis for decades.

Donald Sheldon of Salem, a 75-year-old retired school bus driver for the Oregon School for the Deaf, said he receives dialysis care through Medicare and lives off a state pension. He gets supplemental insurance from the state Public Employees Retirement System.

He’s been on dialysis for 18 months after his kidneys failed from diabetes.

Like most other retirees, he can’t afford to pay out of pocket. It would cost him about $5,800 for each dialysis treatment without any coverage.

Sheldon worked for 55 years, retiring only a year ago. Also a cancer survivor, he had his bladder removed when he was 49 years old.

Even so, his sense of humor is intact.

“I’ve been on dialysis now a year and a half,” he said. “I’m officially a million-dollar man thanks to Medicare and PERS insurance.”

With a cycle of doing dialysis every two days, Sheldon said he’s thankful for the treatment. He said he wouldn’t want to see any policy change that would force people to lose good insurance coverage.

In retirement, dialysis is his full-time job: He’s treated three days a week.

“It keeps me alive, and I get a day off every other day,” he said.

In 2019, California lawmakers passed Assembly Bill 290, a law that also would cap reimbursement rates at the Medicare rate. It’s different from the Oregon proposal. It has a dispute resolution process that would set rates for patients with subsidized premiums through charity programs, such as the American Kidney Fund. This part of the bill stemmed from concern among lawmakers that providers were steering patients to more lucrative private plans to boost profits.

The American Kidney Fund’s program helps people with the costs of Medicare premiums in addition to private insurance premiums.

A federal judge issued a temporary injunction in December to stop the law from taking effect in January after the American Kidney Fund and other patient advocates sued. The industry and patient advocates argued it could hinder low-income patients from getting the care they need if clinics are forced to reduce services.

The dialysis industry says it needs the higher payments from commercial insurers to keep clinics open and continue serving Medicare patients. About 10% of the dialysis industry’s patients rely on commercial insurance, such as employer-sponsored or individual plans, or COBRA, according to information presented in November to lawmakers by DaVita. The remaining 90% are on Medicare or another government plan.

Fresenius couldn’t be reached for comment. DaVita referred a request for comment to the Portland-based Northwest Kidney Council, which represents the industry on policy-matters in Oregon.

“The proposed legislation will cause significant harm to some of Oregon’s most vulnerable patients who rely on life-sustaining dialysis treatment multiple times a week,” said Samantha Siegner, executive director of the council, an organization that incorporated in Oregon in November.

Salinas said she questions the argument that accessibility would be impacted.

“I keep hearing from the dialysis centers that we will go under if we aren’t given these commercial rates,” she said, noting that the two main providers are “essentially duopolies.”

“How in the world do you go belly up by receiving the Medicare reimbursement rates?” Salinas said.

So far, Salinas said, she hasn’t seen anything showing why a blended mix of Medicare and commercial insurance reimbursement rates are necessary for dialysis clinics to stay open.

“I would think they would be able to stay open,” she said. “They haven’t shown me how they will go out of business by only accepting Medicare rates.”

The Service Employees International Union Local 49, which represents medical professionals and other workers in Oregon and Southwest Washington, supports the legislation.

The dialysis industry is essentially a "quasi-monopoly" and it needs to be affordable, said Felisa Hagins, political director for SEIU Local 49.

"It also helps control costs in an industry that has proven they use commercial rates to drive costs on a service," Hagins said.

Alice Andors, a spokeswoman for the American Kidney Fund, said her organization is still studying the Oregon proposal and hasn’t taken a position. ”I think it would be premature for us to weigh in on the substance of the bill because we are still studying it to understand how it might affect people living with kidney failure in Oregon,” she said in an email.

Jan 29 2020
×
This article is for premium subscribers. If you are one, please sign in below.
You can see two more premium stories for free. To subscribe, click here. We depend on premium subscriptions to survive, and they are tax deductible.
Sign InGo Premium Not now