Sara Scofield has become an advocate against suicide after losing her father and brother..jpg 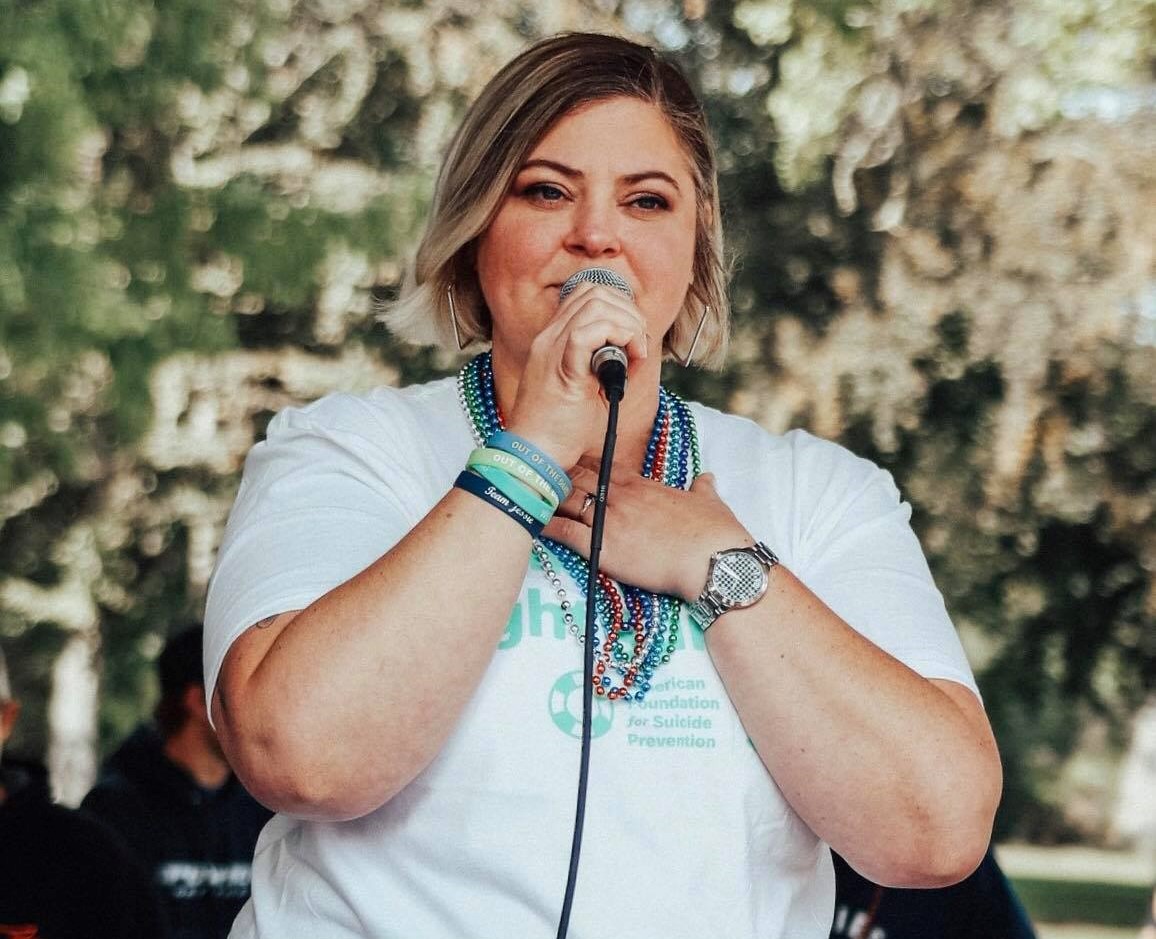 Ten days before her 10th birthday, Sara Scofield was sitting in the kitchen of her Eugene home, waiting for breakfast, when her mother’s scream pierced through the house.

“Get help,” her mother cried, running into the kitchen.

Confused, Scofield stumbled outside. She asked a jogger for help, then ran to a neighbor and pounded on the door. When no one answered, she darted back home. The jogger was on the family’s phone.

Her mother was sobbing.

“Your dad killed himself,” she said.

He was 39 and left behind three children besides his wife. The long, dark shadow of his death would haunt the family for decades and lead to more tragedy.

His suicide is among hundreds every year in Oregon, which, like many states across the country, has seen a surge in recent decades. But in Oregon, the suicide rate has been higher than the national average for more than three decades. With it, there’s been an increasing sense of urgency among policymakers that something needs to be done.

While the state has passed laws on suicide before, the Oregon Legislature this year is considering several bills that would attack the problem on various fronts. Experts say they indicate a fresh new focus on the issue. One bill would create a new staff position in the Oregon Health Authority to curtail the state’s suicide rate; another would establish a suicide prevention policy for each school district. A third would require coordination between the state and individual schools to inform the community of a student's suicide and try to prevent more deaths.

In 2017, 825 people in Oregon killed themselves -- more than two people per day. And last year, 772 Oregonians took their life -- nearly 18 people per 100,000, giving Oregon the 16th highest rate in the country, according to the American Foundation for Suicide Prevention.

Rates were higher among men than women, with men nearly four times as likely to kill themselves.

In the United States, suicide rates are highest in rural areas in the West. According to data from the Centers for Disease Control and Prevention, eight of the top 10 states for suicide lie west of the Mississippi River, with Montana, Alaska and Wyoming taking the top three spots. Those states are also the three most sparsely populated states in the country.

In Oregon, suicide rates are highest in Curry, Harney and Wallowa counties, each of which is rural. The three counties in the Portland metro area rank on the bottom.

That’s not a coincidence, said Ryan Price, Oregon area director for the foundation. He said people in rural areas tend to have more guns. Data from the Oregon Health Authority show that firearms account for more than half of suicide deaths.

Rural populations are also more isolated. People have fewer social connections, relative to urban centers. The areas have fewer mental health providers and other support services as well. According to the Oregon Health Authority, about 70 percent of those who die by suicide have a diagnosed mental disorder, substance abuse problem or depression.

Lane County experienced 92 suicide deaths last year, according to the county’s suicide prevention coordinator, Roger Brubaker. Speaking at a public hearing in support House Bill 2667, which would create a statewide suicide prevention position, Brubaker said smaller counties don’t have enough resources to combat the problem alone and need the state to step in.

Eighty-nine percent of Oregon suicide victims are older than 25, but suicide is the second leading cause of death for Oregonians between the ages of 10 and 24. For this age group, the Oregon Health Authority identified the most prevalent factors as problems at school, a dysfunctional family life and conflict with romantic partners.

David Westbrook, chief operating officer of Lines for Life, a Portland nonprofit dedicated to preventing substance abuse and suicide, said that when one youth dies by suicide, a cluster of copycat killings by others can follow. He said schools are usually the community contact point for youth suicide, so how they choose to acknowledge a student’s suicide is critical.

Young people who are lesbian, gay, bisexual or transgender are especially susceptible to suicide. Among LGBT eighth-graders, nearly half have contemplated suicide, and more than a quarter have attempted it, according to the state’s Healthy Teens Survey. It identified stress factors like bullying and alcohol and drug use as problems that could lead to suicide for youth whose gender expression does not fit into traditional roles.

A Bill For Adi

To address youth suicide, lawmakers have introduced Senate Bill 52, also known as Adi’s Act. With 32 Democratic lawmakers from both chambers behind it, Adi’s Act would require each school district to develop a suicide prevention policy based on a national model developed by the American Foundation for Suicide Prevention, the American School Counselor Association, the National Association of School Psychologists and the Trevor Project.

The Model School District Policy on Suicide Prevention would add a suicide prevention coordinator to each school district staff, train staff members on warning signs and risk factors and integrate suicide education into the class curriculum. Price said the foundation handles the training and education free of charge, and coordinator responsibilities are usually given to an existing administrator, which means Adi’s Act could cost the state virtually nothing. 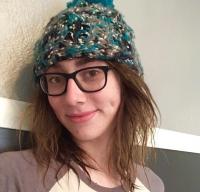 The bill is named for Adi Staub, a student who took her life in 2017 at the age of 18. Two years earlier, as a sophomore in high school, Adi came out as transgender.

Christine Staub, Adi’s mother, told The Lund Report that the family -- Straub, her husband Lon and their son Drew -- were entirely on board with Adi’s decision, supporting her as she transitioned to wearing long hair and clothes more consistent with her gender identity, like skirts.

But Adi bumped up against hostility at school. People she thought were friends called her “he.” Some teachers did the same. It wasn’t just thoughtlessness. They bullied her - repeatedly.

By her senior year, Adi was struggling. In a high school essay, she wrote that she was concerned about her safety. But her teacher ignored the plea for help, responding to the essay by correcting Adi’s grammar while saying nothing about the content.

Her parents found out months after Adi’s death.

Near the end of Adi’s life, her parents were looking for resources to ease her transition and turned to Basic Rights Oregon, a nonprofit that advocates for the rights of lesbian, gay, bisexual and transgender Oregonians. After Adi’s death, Lon and Christine Staub set up a fund in her name. In a year, they raised over $75,000 for the organization.

Basic Rights Oregon, which wrote Senate Bill 52, reached out to the Staubs about naming the law after Adi. Christine Staub said they agreed to be involved so other families wouldn’t suffer the same fate.

“We need to make sure that all kids see a future for themselves, no matter how they identify or who they love,” Staub said. “If you have children, teach them how to be kind to one another, and accepting of people who are different than them.”

Last week, U.S. Sen. Ron Wyden, one of Oregon’s two Democratic senators, visited Lines for Life. He met with the teenaged staff of the organization’s youth hotline, who try to comfort high schoolers thinking of killing themselves.

The staff suggested that schools don’t do a good enough job of promoting the resources they do have, like mental health counselors. They said that teens don’t feel comfortable calling the helpline when they’re depressed because of the stigma surrounding mental health treatment. So they wait until they’re on the verge of killing themselves.

Wyden plans to meet with county leaders to establish better defined guidelines in schools. He’d also like the country to have a nationwide suicide hotline to help prevent people all over the country from killing themselves. That will require a change at the federal level. The Federal Communications Commission has to approve any new three-digit phone lines like 911.

Besides Wyden, advocates for the American Foundation for Suicide Prevention will take to the Capitol this week to meet with lawmakers and advocate for bills like Adi’s Act. They will also share with legislators their stories of how suicide has touched their lives, and how they work in their own communities to prevent it.

‘Not Out Of The Woods’

Three decades have passed since her father died. Scofield, now 40 years old and married, volunteers as a field ambassador for the American Foundation for Suicide Prevention. She has met with lawmakers at both state and federal levels, traveling three times to Washington D.C. to push for more suicide prevention programs.

Though much time has passed, Scofield’s wound remains raw. She remembers every detail of that day as if it were yesterday. Her mother’s scream. The sound of horror. Her sense of panic. And then the confusion of those four words.

They heralded years of trauma to come.

Her brother, JP, was 19 years old when their father killed himself. He, too, was in the house.

Soon after his father’s death, JP began to struggle with thoughts of suicide. So did Scofield, who plunged into depression.

The two were diagnosed with bipolar disorder. For years, each went to therapy and turned to one another for support.

But in 2011, JP’s demeanor grew darker, and Scofield suspected the worst. She remembers telling her therapist, “my brother’s going to kill himself, and I need you to help me not kill myself when he does.”

Eight years ago, just over two decades after his dad’s death, JP took his own life at 42. Scofield was at her husband’s house when she got the call late at night.

With her mother and stepfather working deep in the woods of rural Oregon, Scofield couldn’t reach them by phone and had to trek through the mountains for more than three hours before she could track them down. When she arrived, her mother immediately spoke.

For Scofield, who was convinced that she would end her life soon after her brother took his, the look on her mother’s face changed her mind.

That sentiment has lasted more than seven years for Scofield, who still struggles with depression and suicidal thoughts. She said helping support others with the same experiences is turning a terrible past into something positive, and gives her a reason to get out of bed each morning.

“What I’m trying to do for myself is find a reason to stay here,” Scofield said. “I’m not out of the woods by any means.”

Feb 18 2019
News source:
The Lund Report
Keywords:
Suicide, OHA, legislature
×
This article is for premium subscribers. If you are one, please sign in below.
You can see two more premium stories for free. To subscribe, click here. We depend on premium subscriptions to survive, and they are tax deductible.
Sign InGo Premium Not now