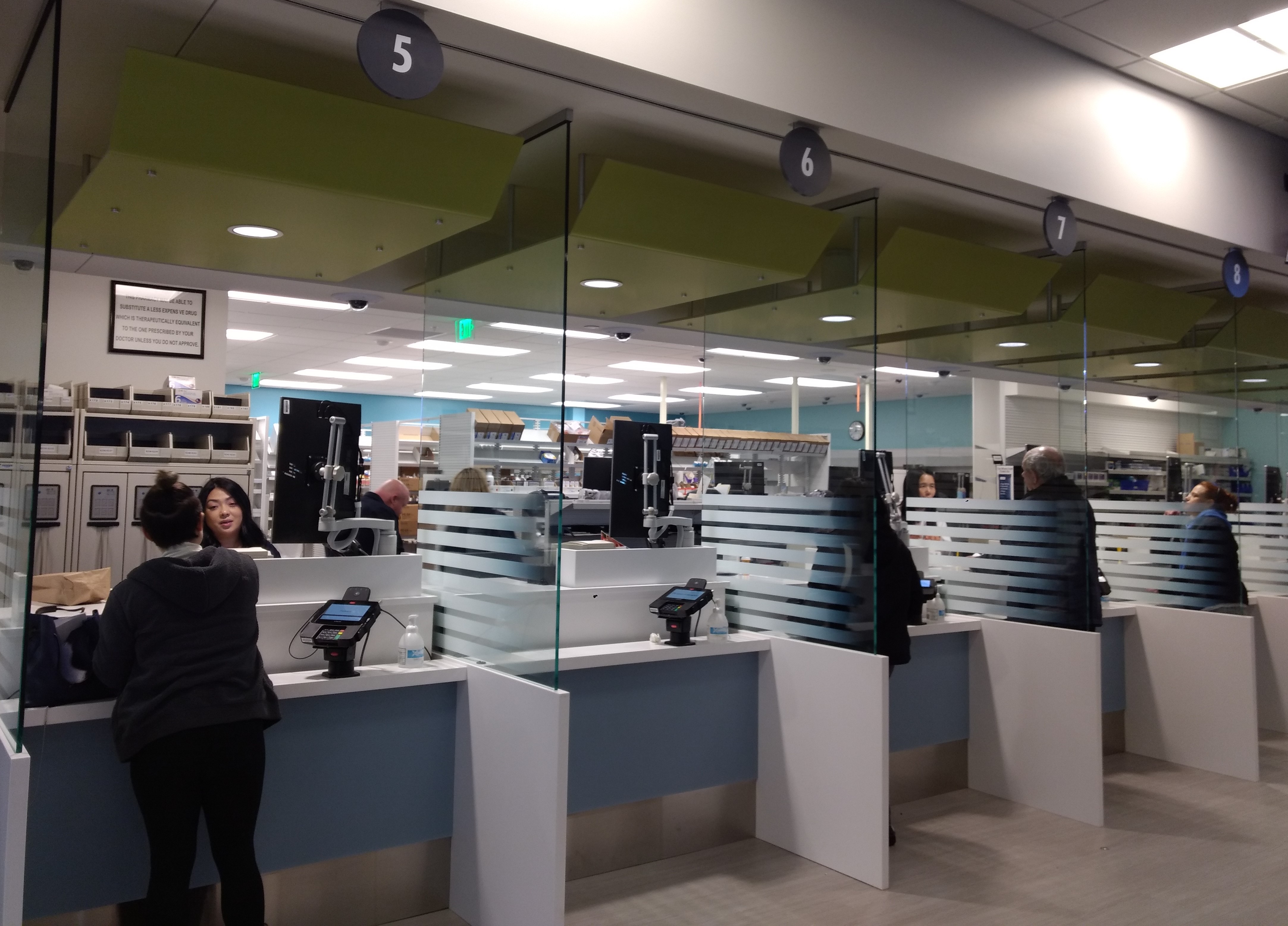 Prescription drug prices have dominated the health care agendas of Oregon lawmakers so far this session, with a Canadian importation plan among the proposals introduced into the Legislature. Senate Bill 409 would call on the Oregon Board of Pharmacy to set up a program that would allow the state to purchase prescription drugs from Canada at wholesale prices.

The plan comes from Sen. Dennis Linthicum, R-Klamath Falls, and Rep. Rob Nosse, D-Portland, the latter of whom has a companion bill in the House of Representatives that would put the Oregon Health Authority in charge of the program. The program would use only licensed, regulated Canadian pharmacies, and would purchase from the same manufacturers as U.S. pharmacies, but at Canadian prices.

“The problem starts with the source of who sets that price -- the pharmaceutical manufacturers,” said Nosse, who last year was tasked by the House Committee on Health Care to find options to lower drug costs in Oregon.

Linthicum said he wanted to enable citizens to take charge of their own health care. The senator said he and his daughter, who both have diabetes and require insulin, have in the past purchased medication from Canada. He said he wanted to give consumers a safe, legal option to manage their health.

“You either focus on price gouging, or you focus on opening markets,” Linthicum said. “We want to empower the marketplace.”

The senate bill is just one of several in the Legislature this year that targets the rising price of prescription drugs:

House Bill 2658 would require drug manufacturers to report planned price increases to the Department of Consumer and Business Services at least 60 days prior;

House Bill 2696 would establish a Drug Cost Review Commission, which would set maximum payment rates on prescription drugs sold by suppliers other than manufacturers;

House Bill 2690 would provide patients with a better understanding of how to keep their prescription costs down;

House Bill 2679 would see the Oregon Prescription Drug Program work with the state of California to make bulk purchases of prescription drugs;

House Bills 2753, 2754 and 2755 would require pharmacies and pharmacists to substitute brand-name drugs and biologics with applicable generics and substitutes.

According to the Organisation for Economic Co-operation and Development, pharmaceutical spending in the United States exceeded $1,200 per capita in 2017, the highest of the organization’s 36 member countries. Canada came in fourth at just under $900 per capita.

Opponents argue that the plan is unsafe and unpractical. Though Nosse said safety wouldn’t be an issue and the program would function differently than buying drugs on the internet, John Clark, head of global security for pharmaceutical giant Pfizer, said there is no system in place to ensure that medication from Canada is legitimate and authentic.

“Counterfeiting medication is a high-profit, low-risk crime that has risen exponentially,” Clark told The Lund Report. “The importation nirvana that people look to for the answer is not.”

After a career in immigration enforcement, Clark was brought on by Pfizer mitigate counterfeit levels. He said the majority of online pharmacies are counterfeit, and that even if drugs come through Canada, they might have originated in China, Eastern Europe or South America.

For the plan to work safely, Clark said the U.S. Food and Drug Administration would have to double or triple in capacity to verify the legitimacy of drugs coming from Canada. Even then, he questioned whether the savings would be worth the cost of building the program. There’s no cost estimate in the bill, though Nosse said a fiscal note would soon be added.

Former Canadian politician Chris Ward testified during the bill’s public hearing Wednesday on behalf of the Pharmaceutical Research and Manufacturers of America, commonly known as PhRMA, and said that even if the bill passed and the FDA approved it, things wouldn’t work on the Canadian end. He said that while Canadians are sympathetic to the high prices Americans pay for prescription drugs, they aren’t willing to sacrifice the safety of their own health care.

Last year Canada faced a shortage of 1,745 drugs, according to a government monitoring site, and the Canadian Pharmacists Association has called on the federal government to ban drug exportation in order to protect Canadian access to health care. https://www.drugshortagescanada.ca/rws-search?perform=1

Marv Shepherd, College of Pharmacy professor emeritus at the University of Texas, estimated in a study released last year that if 20 percent of U.S. prescriptions were imported from Canada, it would exhaust the Canadian drug supply in less than 200 days. He concluded that Canada would need to dramatically increase its own drug imports or manufacturing if it was to export drugs to the United States.

“There is no way to operationalize this system under the laws of Canada,” Ward said during the hearing.

But supporters of the bill, led by the Oregon Coalition for Affordable Prescriptions, were adamant in their demand for lower drug prices. They voiced their opposition at a press conference before the hearing and then spoke to senators when the bill was discussed.

Roseburg resident Les Rogers testified on behalf of his 5-year-old daughter Gloria, who as an infant experienced seizures from epileptic spasms. The condition is commonly treated by acthar gel, a hormonal product made by Irish pharmaceutical company Mallinckrodt.

Mallinckrodt increased the price of acthar from $40 per vial in 2001 to more than $34,000 per vial by 2017. The company settled a $100 million suit by the U.S. Federal Trade Commission for anti-competitive behavior. Rogers said the rising costs forced his family to delay his daughter’s treatment, causing severe brain damage and cerebral palsy.

“The pharmaceutical industry does not care about these families or these children, they only care about lining their pocketbooks,” Rogers said. “Drug companies are getting away with highway robbery, and children like my daughter are dying.”

Portland resident Myra Haq, 31, has Crohn’s disease, an inflammatory bowel condition that can negatively impact the gastrointestinal system, skin, the immune system and various other parts of the body. She said her medical costs exceeded $300,000 last year before insurance, and she spends more than $1,100 each month on mesalazine, an anti-inflammatory drug commonly used to alleviate Crohn’s.

Haq said she also undergoes chemotherapy to keep her symptoms at bay, which costs $14,000 a year and uses a variety of skin creams that cost another $100 each month. Without them, she said she would be unable to extend her elbow. She said the fatigue and weakened immune system that come with her condition and treatments have left her unable to work regular job hours.

“When pharmaceutical companies look at me, all they see is the money they can make,” Haq said. “I should not have to live like this at 31.”

Nick McGee, PhRMA’s director of public affairs in Oregon, said the industry is committed to increasing patient access to medications. But he said importing drugs from Canada is not the way to handle the issue. He said the risk to patients would be too great.

McGee also argued that medicine prices are growing at the lowest rate in years, increasing only 1.5 percent last year, according to data from IQVIA, a health care consultancy. McGee acknowledged that out-of-pocket costs are still prohibitive to some patients, but pointed to numerous other factors involved, including insurance plans.

“It’s clear that the status quo is not working in the best interest of patients, and that things need to change,” McGee said. “What it comes down to is having an honest conversation about what those affordability challenges are.”

Jan 31 2019
News source:
The Lund Report
Keywords:
pharma, legislature, drugs
×
This article is for premium subscribers. If you are one, please sign in below.
You can see two more premium stories for free. To subscribe, click here. We depend on premium subscriptions to survive, and they are tax deductible.
Sign InGo Premium Not now