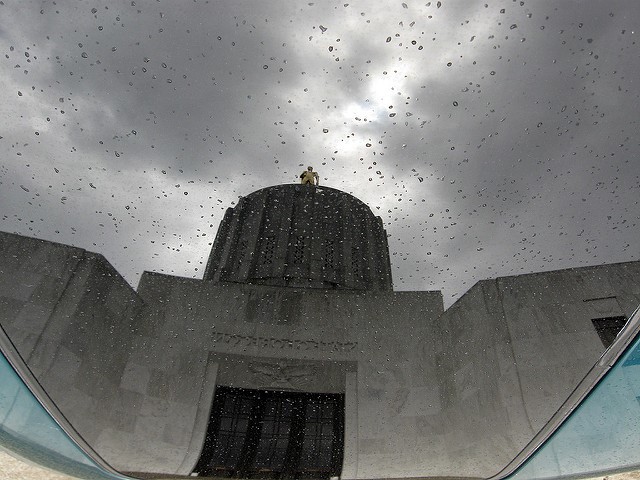 Oregon’s journey to a so-called public option for health insurance looks likely to continue into 2022.

State lawmakers are considering a bill that would establish a public option -- a state-sponsored insurance plan for people who lack or can't afford commercial health insurance coverage and don’t qualify for Medicaid or Medicare.

But lawmakers may pare back House Bill 2030 and direct state agencies to conduct more research and produce a study about the issue in 2022 that could form the basis of bills in next year’s legislative session. Under the public option proposal, the state would ensure that people who earn too much to qualify for Medicaid and aren’t old enough to be on Medicare would still be able to buy a health insurance policy that gives health care providers the same reimbursement rates as they get through Medicare.

Commercial health insurers, including Providence Health Plan, raised concerns that the bill had too many unknowns and would disrupt health care provider networks and potentially raise coverage costs for consumers elsewhere in the insurance system, such as in employer group plans.

In response to concerns, bill sponsor Rep. Andrea Salinas, D-Lake Oswego, said Thursday that she is introducing an amendment to have the Oregon Health Authority and Department of Consumer and Business Services conduct a study and provide a report by the end of next January with recommendations on how to reduce costs and eliminate health disparities by 2030.

“A public option is an incremental step towards a better health care system,” Salinas said Thursday in a House Health Care Committee hearing on the bill. The committee didn’t vote on the bill or amendment but could do so as early as next Thursday.

About 94% of Oregon adults are covered with Medicaid, Medicare, commercial health insurance, or some other program. Still, underinsured or uninsured Oregonians avoid seeking preventive and primary care that can treat health issues before they become acute. About 260,000 Oregonians don’t have health coverage of any kind, government-funded or private. And many who have commercial health insurance say the premiums, deductibles and co-pays are too high, making the plans too expensive and not worth the money.

Oregon has tinkered with the idea of a public option in recent years. In 2019, the Legislature passed Senate Bill 770, which directed the health authority to prepare a report detailing how a public option or Medicaid buy-in program would work in Oregon. The Oregon Health Authority hired consulting firm Manatt, Phelps & Phillips and created a 63-page report.

“However, the Manatt report left some unanswered questions about specific policy design, and we recognize that HB 2010 as written does not answer all of them,” Guarino told lawmakers.

A basic public option concept would let people buy public option insurance from coordinated care organizations at the same price that the state currently pays coordinated care organizations to insure Medicaid members. Just as with Medicaid, the coverage would be comprehensive, with no deductibles, co-pays or other costs to the member. The state currently pays CCOs on average about $6,000 a year -- or $500 a month -- per covered person for Medicaid.

But hospitals and other care providers maintain they already lose money providing services at Medicaid-level reimbursement prices, and need patients covered by commercial plans to make up the shortfall.

Providence Health Plan and Providence Health & Services wrote a joint letter to lawmakers objecting to the bill. The insurer and its parent organization, the health care provider, said the state needs to explore other options, like value-based payments and avoid the bill’s fee-for-service model.

With value-based payments, providers are rewarded based on high-quality care outcomes and cost savings. In traditional fee-for-service models, providers are paid for the volume of their services.

“Funding for a public option can’t be solely on the backs of providers,” said the letter, signed by Lisa Vance, chief executive officer of Providence Health & Services, and Michael White, interim chief executive officer of Providence Health Plan. “Oregon needs to identify a reimbursement rate that will avoid provider hesitancy and ensure network adequacy. This is important for the financial viability of health care providers as well as consumer access.”

“Forcing certain entities to take on the risk to participate in a public option will create instability in other areas of the health insurance market,” they wrote.

If members shift from commercial insurance plans into a public option, commercial insurers could, for example, raise premiums on the remaining members, or quit the Oregon market.

“While capping provider reimbursement rates may result in premium reductions for those plans in the short-term, it does nothing to address the drivers of rising health care costs that providers and health insurers have no control over such as the cost of pharmaceuticals, medical supplies and other critical health care infrastructure,” Fauver said in submitted testimony. “These cost drivers, which change dramatically based on market dynamics and the economy, are what ultimately determine cost of care and are reflected in the negotiated reimbursement rates between providers and insurers.”

Fauver said Kaiser Permanente supports other ongoing efforts, including the state’s work on the sustainable health care cost growth cap plan. That program, established by Senate Bill 889 in 2019, aims to cap the increase in per-capita health care costs at 3.4% annually, cutting the current growth rate in half. Kaiser Permanent also supports a bill in the Legislature that would allow unauthorized immigrants to qualify for Medicaid.

Washington state lawmakers in 2019 based legislation for the first public option plan in the nation. The state began enrollment last year for 2021, but its rollout has hit snags. Early data from January showed fewer than 1% of residents enrolled in one of the 15 public option plans through five insurers, according to a Washington Post report.

Apr 1 2021
News source:
The Lund Report
Keywords:
Andrea Salinas, oregon legislature, kaiser permanente, providence health plans, public option, medicaid, medicare
×
This article is for premium subscribers. If you are one, please sign in below.
You can see two more premium stories for free. To subscribe, click here. We depend on premium subscriptions to survive, and they are tax deductible.
Sign InGo Premium Not now