Rep. Mitch Greenlick and Sen. Laurie Monnes Anderson clarified what they need to convince the Legislature to spend $100 million a year to modernize public health.
By:
Jan Johnson 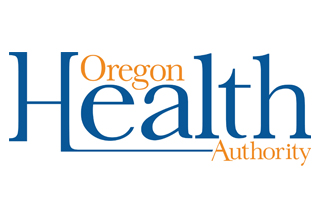 The Public Health Advisory Board (PHAB) got marching orders from two legislators eager for Oregon to ramp up its public health system. Oregon currently ranks near the bottom nationally in state funding for public health.

“Your job is to deliver a plan over the next decade,” Greenlick told the PHAB. “The legislature’s job is to figure out how to find the money.” He intends to fight for whatever modernization plan is put forward.

A 2016 assessment of public health departments throughout the state indicated that $100 million a year is needed to reach basic foundational capabilities to provide environmental health, health promotion and disease/injury prevention, communicable disease protection and equitable access to services. The CCOs, Early Learning Hubs and others need to be involved in creating a work plan to bring public health up to speed, said Monnes Anderson. “We don’t want things siloed.”

In the current budget climate it’s “not going to be an easy sell, said Greenlick who suggested that the advisory board select a group of counties to start the implementation process, but that idea met with strong pushback.

“I respect that viewpoint but worry about missed opportunities for sharing resources with bordering communities” unless every county is moving forward at the same time, said Teri Thalhofer from the North Central Public Health District which serves Wasco, Sherman and Gilliam counties. North Central already shares resources with other counties and Thalhofer could envision cross jurisdiction sharing throughout all of Eastern Oregon in some foundational areas.

For Muriel DeLaVergne-Brown, public health director at Crook County’s Health Department, it “comes down to equity. I am concerned about picking a couple counties at a time” and deepening divisions between the “have’s and have nots.”

She prefers a systematic approach rather than starting with pilots. “I’ve seen pilot after pilot in this state, then they all go away.”