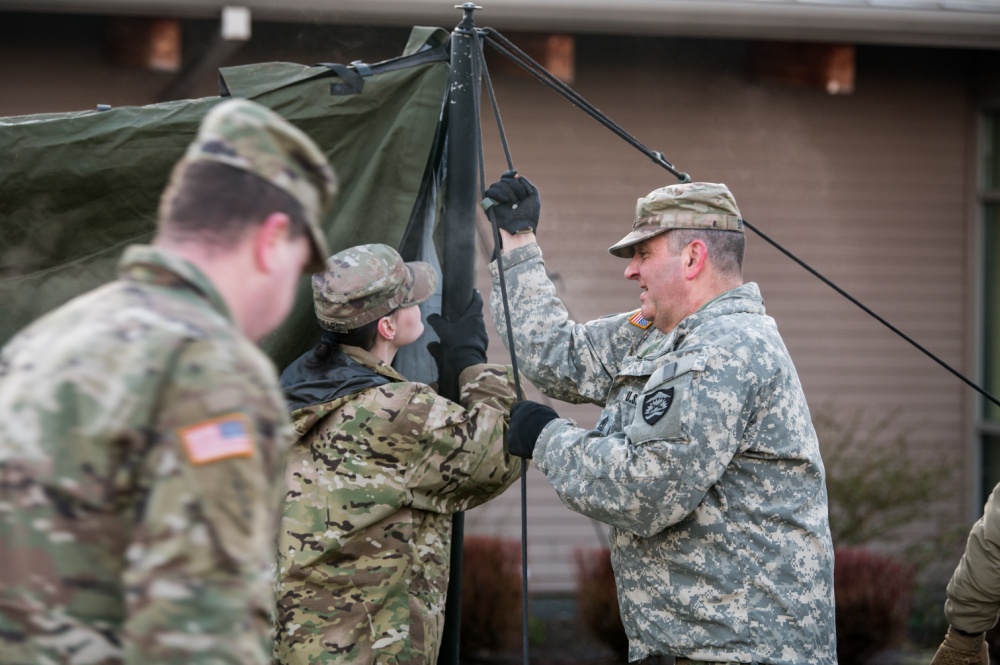 Oregon’s response to the coronavirus has been run over the past 10 days by something of a two-headed monster.

On one side: The Oregon Health Authority has responsibility for various health-related issues like policy, epidemiology and regulations. On the other: The Office of Emergency Management has been in charge of logistics, information technology and other infrastructure.

The organizational chart, which looks like a complicated set of family trees, is difficult to understand. It’s also a bad way to manage a disaster, said one lawmaker on the legislative COVID-19 committee, which was briefed on the management of the crisis on Friday.

“What you have now is a disaster and unworkable,” said Sen. Lynn Findley, R-Vale, who’s worked in wildfire incident management for the Bureau of Land Management.

Oregon’s emergency manager, Andrew Phelps, acknowledged that the structure doesn’t work. He said the Oregon Health Authority started ramping up its coronavirus response two months ago. The Office of Emergency Management was brought in to help, with the health authority in charge. But its responsibilities have grown, alongside a need for more resources and more staff with responsibilities.

“The organization grew very, very quickly and quite frankly not at a pace we’re accustomed to managing,” Phelps told the committee. “We’ve had to be pretty creative I think in how we are managing this structure.”

The problem, Phelps indicated in a prior interview with The Lund Report, is that Oregon has a well-oiled incident command structure that’s set up to handle wildfires. When they ignite and spread, the organization adapts, switching from one command team to another.

The structure is also built to handle the state’s response to a major Cascadia earthquake that could cause a massive tsunami on the coast and massive death and destruction inland.

In that situation, Oregon would get help from other states. But every other state in the country is now grappling with the same crisis, and no one has the resources they need.

Oregon faces a public health crisis -- not a wildfire or earthquake.

The structure needs to be retooled, Phelps told lawmakers.

He said he took the unusual step of enlisting the help of incident command specialists at the Oregon Department of Forestry and the Oregon State Fire Marshal’s office to sort it out.

Phelps wants to ensure that duplication is avoided and that each person in the puzzle has the authority they need to make the appropriate decisions so that the system doesn’t clog up while everyone’s waiting for a decision at the top.

“We want to make sure that we have appropriate authority delegated throughout the organizational structure,” Phelps said.

Gov. Kate Brown is in charge, while three people -- Phelps, a representative of the governor’s office and an official with the Oregon Health Authority -- work together as the incident command.

Changes to the organizational chart could be in place by next week, Phelps said. It will be put in place while the new cases emerge and changes continue to churn.