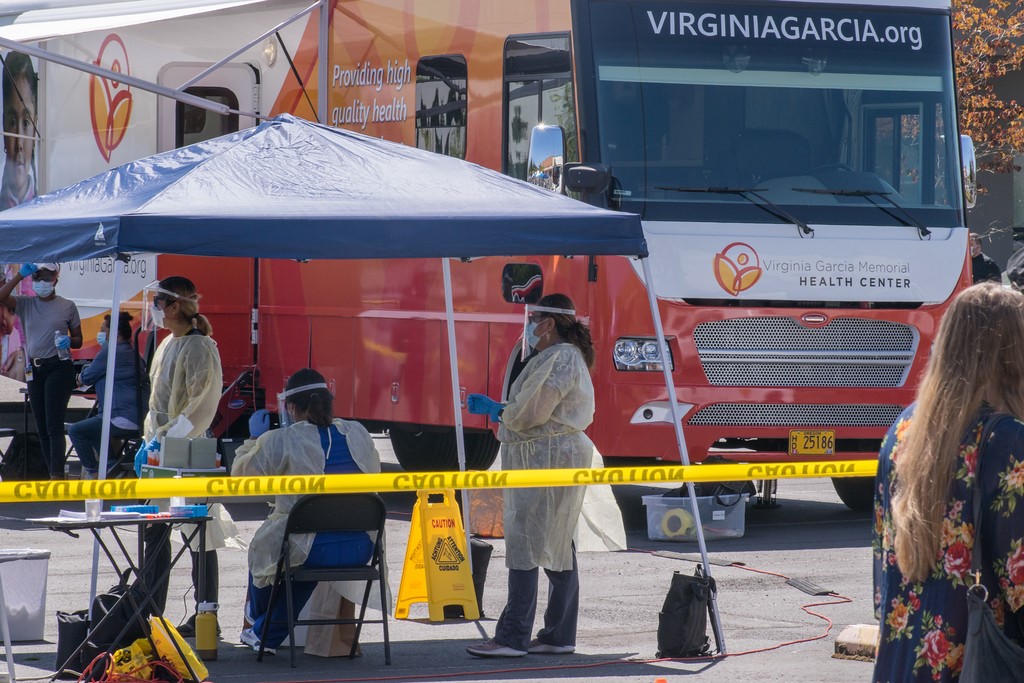 Oregon advocates on Thursday called for health officials to step up COVID-19 vaccinations for the state’s Hispanic and Latino population, who’ve been hard hit by the pandemic.

Their mounting frustrations come as the pandemic has hit communities of color harder than white people in Oregon and across the country.

Latinos make up about 13% of the state’s population, but they’ve accounted for 33% of COVID-19 cases. And just 6% of Oregonians who’ve received at least one vaccine dose so far are Latino, compared with 71% of white people, according to state data. Washington state has a similar record, vaccinating 7% of Hispanics who make up 13% of that state's population, according to a recent report by the Kaiser Family Foundation.

“What we are left with today is high infection rates in the Latinx community paired with low vaccination rates,” said Tony DeFalco, executive director of Latino Network, an Oregon group that works with Multnomah County Latino families.

DeFalco spoke during an online press conference with other groups and elected officials amid growing concerns over the need to vaccinate more Latinos more quickly. Their message was not aimed at a single entity: Instead the group said health care providers, Oregon and the federal government can all play a part to reach the Latino population.

This is also a problem across the country. Oregon officials have faced scrutiny amid the rollout, especially when Gov. Kate Brown gave doses to school educators ahead of seniors and other priority groups to open schools sooner. When the vaccine eligibility list added essential frontline workers, Oregon officials said that should help more minorities get shots. Oregon’s Latino population has a strong presence in agriculture and other frontline jobs that prevent them from working at home during the pandemic.

In a statement, the Oregon Health Authority said it has made it a priority to vaccine Latino people and provide food and shelter to hard-hit families during the pandemic.

The state has given $45 million to community-based organizations, the bulk of them focused on Latino outreach work. The health authority also pointed to its work to allocate doses to federally qualified health centers that serve Latino people and farms, churches and schools with a strong Latino community.

“Oregon and its local and health care partners can do better,” the agency said in the statement. “We welcome input from the community, and we look forward to continuing to work with organizations and health systems on the ground in every corner of the state.”

The Oregon Health Authority has made equity in health care a priority, and it convened a vaccine advisory group to advise the state on how to ensure that minorities were protected. It said that making migrant and seasonal farm workers eligible for a vaccine on March 29 helped to address the equity issue. Other frontline workers, their family members and people in multi-generational households became eligible on April 5. Everyone 16 and older becomes eligible on Monday under the state’s priority schedule.

Pederson said the state should establish a dedicated Spanish registration hotline for people to make appointments.

DeFalco said the state needs to create a master calendar with registration links so community-based organizations have a spot reserved for them to  register people.

Though Latinos have been hard hit by the pandemic, many members of the community are reluctant to get a shot, fearful about the vaccines or other issues such as whether they need identification. Even so, advocates stressed that access to vaccines is the underlying reason for the disparities, not hesitancy. Many people may not know key facts, like where to go, that the vaccine is free or that they don’t need health insurance for a jab.

As a result, providers say they have to reach out to the community and not expect Latinos and Spanish speakers to come to them.

The center’s efforts have included dedicated vaccination days on Tuesdays and Thursdays and outreach to employers to set up mobile clinics, said Serena Cruz, executive director of the center’s foundation. Its goal is to vaccinate all of its patients 18 and older in Washington and Yamhill counties in three months -- or 30,000 people.

However, Cruz said, the current approach of relying upon federally qualified health centers and community-based organizations to reach the Latino community isn’t enough.

Apr 15 2021
News source:
The Lund Report
Keywords:
latino, hispanic, Virginia Garcia, vaccine, COVID-19
×
This article is for premium subscribers. If you are one, please sign in below.
You can see two more premium stories for free. To subscribe, click here. We depend on premium subscriptions to survive, and they are tax deductible.
Sign InGo Premium Not now