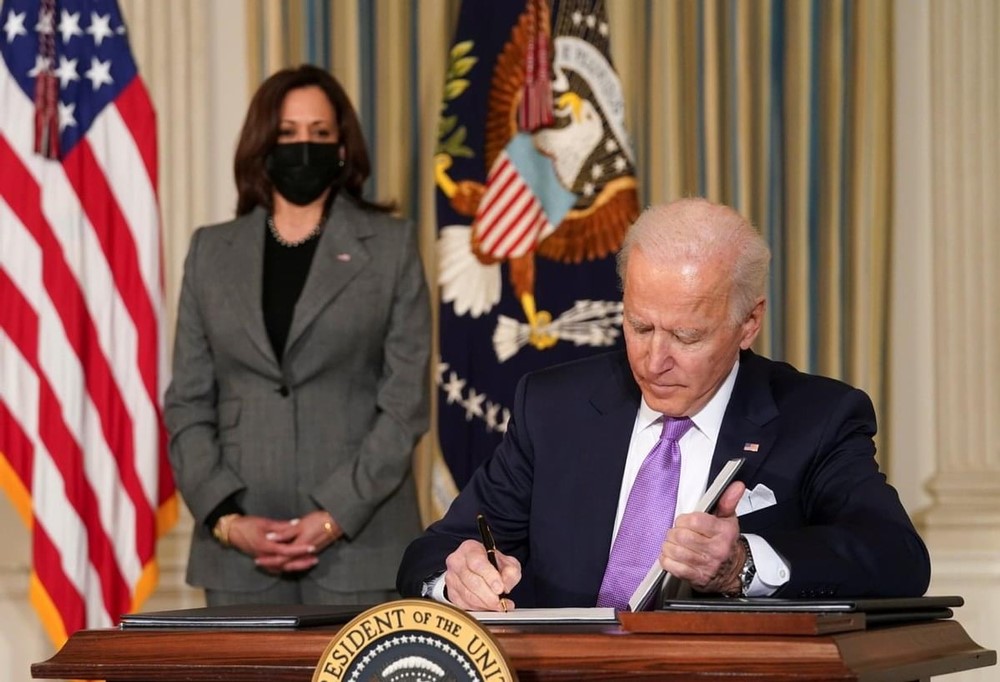 “The pandemic has given us possibly the best chance we’ve ever had of getting on the right track to shore up our public health resources,” said Jeffrey Levi, a professor of health management at the George Washington University School of Public Health. “Tens of millions of us have directly experienced what happens when our country is not prepared.”

Even so, Levi and other public health advocates worry that momentum will wane once the pandemic abates, as it has after past crises and natural disasters. They also say that more sustained funding will be needed over the next decade and beyond to address long-festering problems.

“We heartily support this new law,” said Dr. Georges Benjamin, executive director of the American Public Health Association. “But many of its provisions are for one-time and time-limited increases in funding for COVID-related needs and financial distress. What we hope is that this will be a down payment on a long-term commitment to enhancing public health infrastructure and hiring more public health workers at the federal, state and local levels.”

He pointed to long-term public health issues that existed before the pandemic, such as high rates of obesity and uncontrolled diabetes, that compounded COVID-related hospitalization and deaths in the U.S.

The law steers $49 billion toward enhancing coronavirus testing, contact tracing and genomic sequencing, to help identify and track virus variants. Even if the number of infections declines, the money assures these efforts continue for the rest of this year and into 2022 if needed.

Another $50 billion goes to the Federal Emergency Management Agency to support vaccine distribution and logistical and social support in areas hardest hit by pandemic-related job loss and financial strain. This includes such activities as food distribution.

States and local government agencies are allotted $350 billion to make up for lost tax revenue amid the pandemic-caused recession. Some of that money is expected to be spent on pandemic response and public health programs, but it comes with a deadline. It must be spent by Dec. 31, 2024.

The law also set aside $7.6 billion for hiring more public health workers, but experts said that won’t be enough over the long term.

The Biden administration touted this element of its pandemic plan in January, recommending that 100,000 nurses and other workers be hired as part of a new “U.S public health service corps.”

The proposal, mentioned often in media coverage in January and early February, stipulated that the new corps would initially provide support for vaccine distribution, contact tracing and the nation’s network of more than 1,000 public-funded community health centers. After the pandemic ended, those hired would retain their jobs and serve as an enduring upgrade to local public health services and preparedness, the administration indicated.

The concept of the corps is not in the final law, however, which instead specifies that the $7.6 billion be spent on “establishing, expanding, and sustaining a public health workforce, including by making awards to state, local, and territorial public health departments.” That language, public health experts said, permits the federal government more flexibility while it determines who should be hired for what and in which states.

But the language could bog down the program in red tape.

“Some state and local public health departments will need and be better able to absorb new workers than others,” said Levi of George Washington University. “The flexibility makes sense, but we will need to carefully monitor how this unfolds.”

A White House spokesperson said the new law “will allow us to build our long-term public health capacity, particularly in low-income and underserved communities,” in part “by hiring workers from the communities they serve.”

Dr. Umair Shah, Washington state’s secretary of health, said more “boots on the ground is definitely part of what we need,” but he added that “recruiting new people takes time.”

Shah also noted that many public health leaders and workers are burned out after the past year, in part because they often were vilified for messaging on mask-wearing, physical distancing and restrictions. Some left their jobs because of that intimidation.

Adriane Casalotti, chief of government affairs at the National Association of County & City Health Officials, which represents the nation’s nearly 3,000 local health departments, said “the backlash was harmful. I hope we can move beyond it now and that lawmakers and the public see more clearly that what we do is critical.”

Trust for America’s Health, a nonpartisan public health advocacy group, estimates that about 3% of all health spending in the U.S. goes to public health and disease prevention in 2020 — more than $100 billion.

Not content with the funding in the new law, public health advocates are pressing Congress for an additional $4.5 billion a year in annual funding for public health.

Sen. Patty Murray (D-Wash.), chair of the Senate Health, Education, Labor and Pensions (HELP) Committee, has introduced legislation to provide funding at that level. “It’s critical we end the cycle of crisis and complacency when it comes to funding for public health,” Murray said in a statement. “The simple fact is: public health saves lives.”

Carolyn Mullen, senior vice president for government affairs at the Association of State and Territorial Health Officials, concurred: “The money tends to increase in times of crisis and natural disasters, then declines after the crisis abates. That’s not the way to sustain preparedness.”