By:
Joe Siess of Herald and News 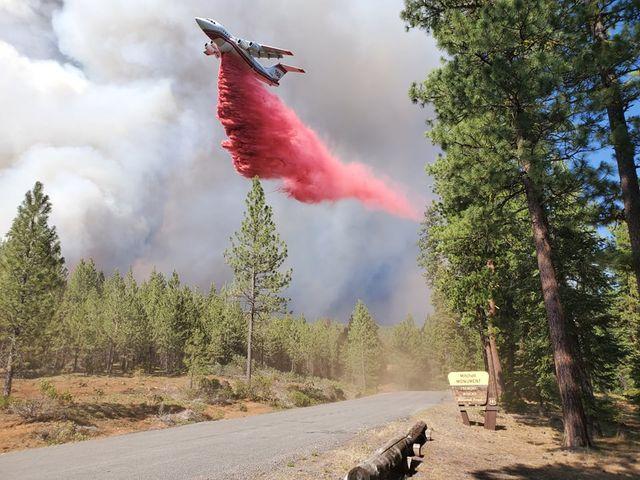 Nine firefighters on the Bootleg Fire have tested positive for COVID-19, a situation that local and state officials are keeping a close eye on as local health officials urge vaccination.

The concern is amplified by the highly transmissible delta variant of the novel coronavirus becoming the dominant strain in Oregon, where 29% of adults have yet to be vaccinated.

Stefan Myers, public information officer for the Oregon State Fire Marshal, said symptoms among the nine firefighters are mild and full recoveries are expected. At this time, fire officials are unable to confirm if the delta variant was to blame for the Bootleg fire fire line outbreak.

“We were really heartened that they (the firefighters) did report symptoms, and our health liaisons were well aware,” Myers said. “We took it so seriously, especially last season when there was no vaccine available. We took it very seriously because it was something that could impact the community.”

While firefighters were among the first to get access to the vaccines during the national rollout earlier in the year, they are not required to be vaccinated for their job, Myers said.

“We understand that it is a personal choice that each of them have to take,” Myers said. “There is a large percentage of them that are vaccinated, which has played into us not seeing COVID at fire camp (until now).”

The current outbreak, however, may have been unavoidable, given that 2,389 fire personnel from all over the nation have been assigned to the Bootleg Fire. They have been working, eating and sleeping alongside one another.

After the nine positive tests, incident management teams are working with local public health authorities and the Oregon Health Authority.

Valeree Lane, public information officer for Klamath County Public Health, said the organization is responsible for following up with the firefighters, which is a process that would take place with any communicable disease.

“We are absolutely not anticipating that there will be any long term effects. Firefighters are pretty healthy to begin with,” Lane said.

But Lane said officials are careful when there is a disease outbreaks of any kind among large groups of people. They investigate norovirus outbreaks, a virus that can cause vomiting and diarrhea.

"We get that in schools a lot, it can happen in summer camps ... it wouldn’t be out of the realm of possibility that a fire camp would have an issue like that too,” she said.

The firefighters who tested positive are quarantined away from their colleagues at fire camp. Due to the number of confirmed cases, the OHA has designated it as a workplace outbreak.  The OHA will include the number of positive cases associated with the outbreak in its weekly COVID-19 report issued on Wednesdays.

Outside of fire camp, the delta variant is a concern given its contagiousness and increased threat to the unvaccinated population.

Currently, fewer than half of Klamath County adults have been vaccinated, a number comparable to states such as Missouri and Arkansas, which are experiencing alarming spikes in hospitalization due to the coronavirus.

Vaccines are an easy way to greatly reduce your chance of serious injury or death from the virus.

"It's a tool easily accessible, and if it can prevent misery, it makes sense to take advantage of it," Hottman said. "There may be some concern about it, but we know virtually all patients who have been hospitalized for COVID are unvaccinated."

Nationally, the Centers for Disease Control is reporting that nearly 80% of new COVID-19 cases are linked to the delta variant of the virus.

Lane said Klamath County Public Health was told by the state about a week ago that while the delta variant seems to be more contagious, Oregon has not seen the same level of illness and death from that mutation of the COVID-19 virus as in other places.