Kaiser Facing Off on Obesity Epidemic

A documentary shown Monday evening, “The Weight of the Nation,” brought together health professionals to examine the way our food system has led to obesity
By:
Christen McCurdy 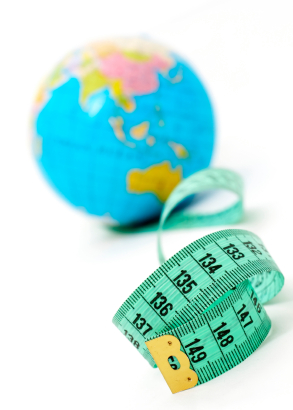 May 9, 2012 -- “More and more Americans are overweight then ever before,” said Dr. Jeffrey Weisz, executive medical director of Kaiser Permanente, who introduced part four of the HBO documentary series, “The Weight of the Nation,” at the Oregon Museum of Science and Industry Monday night.

The film examines the way our food system, as well as the country's infrastructure, have resulted in a heavier populace, and led to crippling effects such as type two diabetes, heart disease, low back pain and hypertension. Three years in the making, this film is considered one of the most far-reaching public health campaigns on the obesity epidemic to date.

According to the filmmakers, urban sprawl (resulting in longer, mostly car-based, commutes, as well as a reduction in the number of parks and sidewalks in many cities) has contributed to the epidemic.

Weisz and the other speakers who introduced the film – including Ken Gordon, co-owner of Kenny and Zuke's restaurant in Portland, Noelle Dobson, associate director of the Oregon Public Health Institute, and Dr. Phil Wu, a Kaiser pediatrician – discussed some of the challenges and opportunities to tackle this growing problem.

As an example, physicians at Kaiser have started talking to their patients about weight management and encouraging them to spend at least 30 minutes a day walking, Weisz said.

When Gordon was diagnosed with type two diabetes, high cholesterol and high blood pressure earlier this year, his health was so bad that his doctor suggested be become vegan.

Gordon knew he wouldn't be able to give up animal products, especially bacon, but he did make some other lifestyle changes: he cut out simple sugars and other foods high in saturated fats and has started walking three to four miles a day. Since then his blood sugar, cholesterol and blood pressure have all gone down dramatically, and he's shed 23 pounds.

Gordon, who started writing a column in The Oregonian to “keep him honest,” believes people can make meaningful dietary changes without having to deprive themselves. On the other hand, he noted that a front-page advertisement in a recent Oregonian touted a “pie shake” at Shari's restaurant – which, he said, can’t help people who are trying to stay away from sugary foods.

“I want to do the very best that I can from a medical standpoint to motivate families to take personal action,” said Wu, who admitted he often encounters resistance when counseling obese children and
their parents about making healthier choices.

The panelists also discussed how the larger systemic inequities have contributed to obesity – such as the way corn and soy subsidies have made the price of heavily processed, high-calorie foods artificially low compared to fresh produce.

“People need to make money producing food,” Dobson said. “We need to not just make sure people can feed a family of five for five dollars but that they have more than five dollars to feed them with.”

Calling Portland a “petri dish for the rest of the country,” Gordon sees opportunities to make changes at the local level rather than reverse problems at the national level that have contributed to a less healthy
country. “They've got enough problems doing the things they're not doing,” he said.