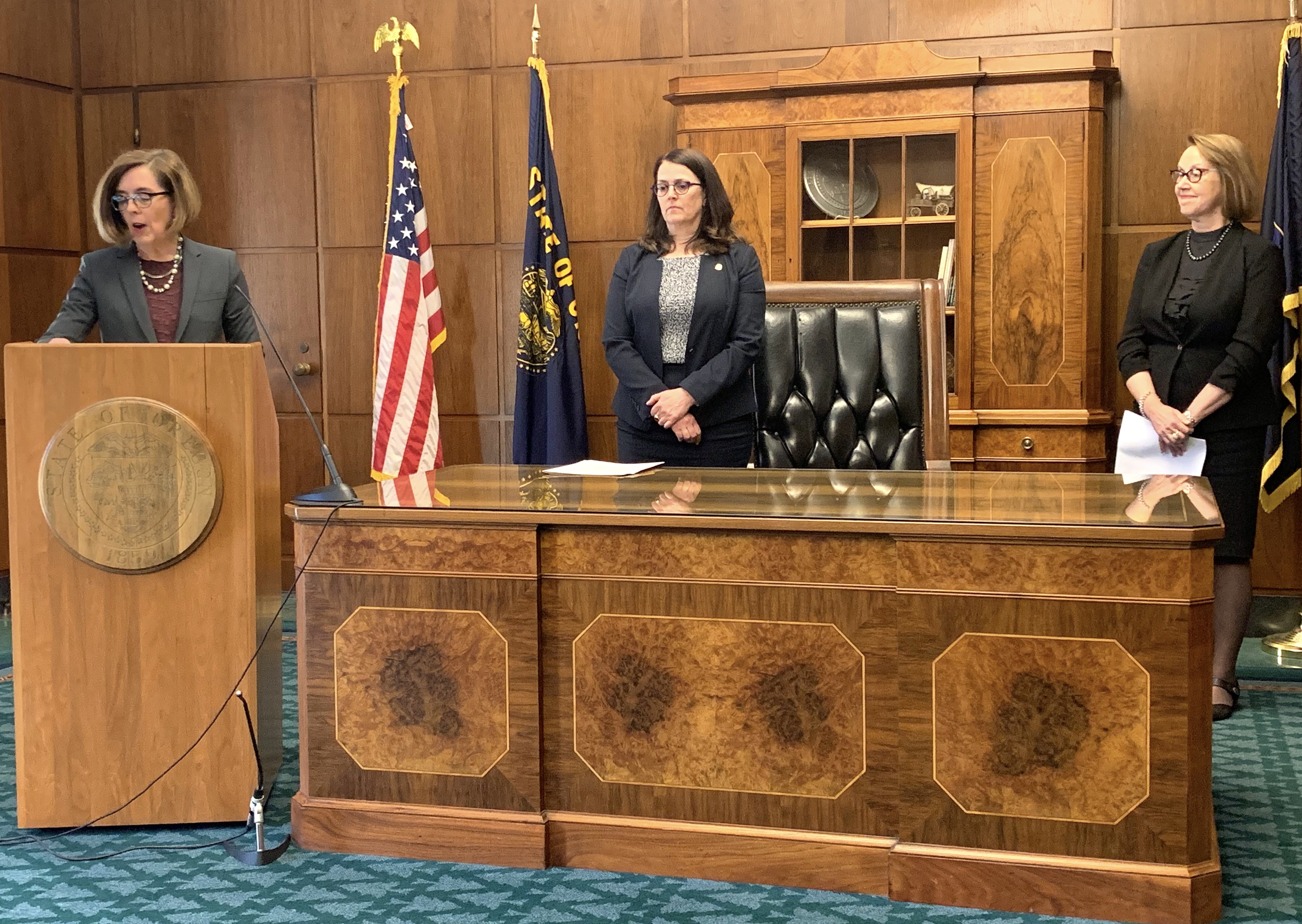 This story is published in collaboration with Salem Reporter.

A U.S. District Court judge on Monday sided with Oregon to stop a Trump administration rule change on reproductive health care from going into effect.

The policy shift would have required clinics providing reproductive health care services to low-income people across the country to physically separate any abortion services, including discussions about abortions, from the rest of the clinic.

Judge Michael McShane gave a scathing critique in his written opinion, which imposes a nationwide injunction on the proposed rule change to the Title X program.

The change, proposed by the U.S. Department of Health and Human Services, would essentially result in such clinics having to build a separate building. It would force them to segregate things like electronic records.

“Given the chaos and incompetence at the federal level, it’s really key that states step up to protect our values and our citizens from federal policies that are designed to achieve short-term political gains,” Gov. Kate Brown said at a news conference Monday.

“At best, the Final Rule is a solution in search of a problem,” McShane wrote in his opinion. “At worst, it is a ham-fisted approach to health policy that recklessly disregards the health outcomes of women, families and communities.”

Had McShane not ruled, the change would have gone into effect May 3. His ruling puts the change on pause while Oregon and other states sue over the policy change. The U.S. Department of Justice can appeal the decision.

“This decision from Judge McShane recognizes the incredibly harmful prospect of gagging medical providers and limiting their ability to provide full and accurate information to patients,” Gardner said.

Oregon has joined lawsuits against the Trump administration often over the past two years, but this was the first suit Attorney General Ellen Rosenblum’s team led.

“Doctors and medical providers around the country who work in Title X clinics will not have to censor what they say to patients, or tell patients who ask for information about abortion that they are not able to provide them with that information.,” Rosenblum said Monday.

Her attorneys argued for the injunction on Tuesday, April 23, in federal court in Portland. McShane ruled in favor of the injunction but said he was undecided on its scope. It could have been geographically narrowed or narrowed to just the plaintiffs, but in his Monday ruling, McShane said it’s a nationwide injunction.

In court and in his opinion, McShane took repeated shots at the U.S. Department of Justice lawyers in their attempts to explain the rule change. He praised Rosenblum’s team for providing detailed motions based on data showing the repercussions of such a change. The federal lawyers said they felt it was legal.

“Without revealing what evidence, if any, helped shape its opinions, HHS essentially says, ‘Trust us, this will work out fine,’” McShane wrote.

McShane’s opinion was so biting that Rosenblum quoted him at length during Monday’s press conference.

The Title X program was implemented in 1970 as a way to limit unwanted pregnancies. It provides funding for contraception, wellness exams, cervical cancer screenings, treatment for sexually transmitted diseases and more. It does not provide funding for abortions, and there is no evidence of the funding being misused in the program’s 50-year history, according to court documents.

“In the guise of ‘program integrity,’ the Gag Rule prevents doctors from behaving like informed professionals,” McShane wrote about the provision barring doctors from discussing abortion with patients. “It prevents counselors from providing comprehensive counseling. It prevents low-income women from making an informed and independent medical decision.”

McShane ruled that the rule change would be incredibly impactful, causing unwanted pregnancies, less cancer detection and fewer sexually transmitted infection screenings. Because services would dry up in some areas, it would also — ironically — lead to more abortions, he said.

“Should the Final Rule go into effect in mere days, the risk of irreparable damage to the health of women and communities is grave,” McShane wrote.

Brown, who was actively involved in the decision to take the lead on the lawsuit, said this kind of work is the reason she asked the legislature to approve $2 million to fund lawsuits against the Trump administration. Those funds have yet to be approved.