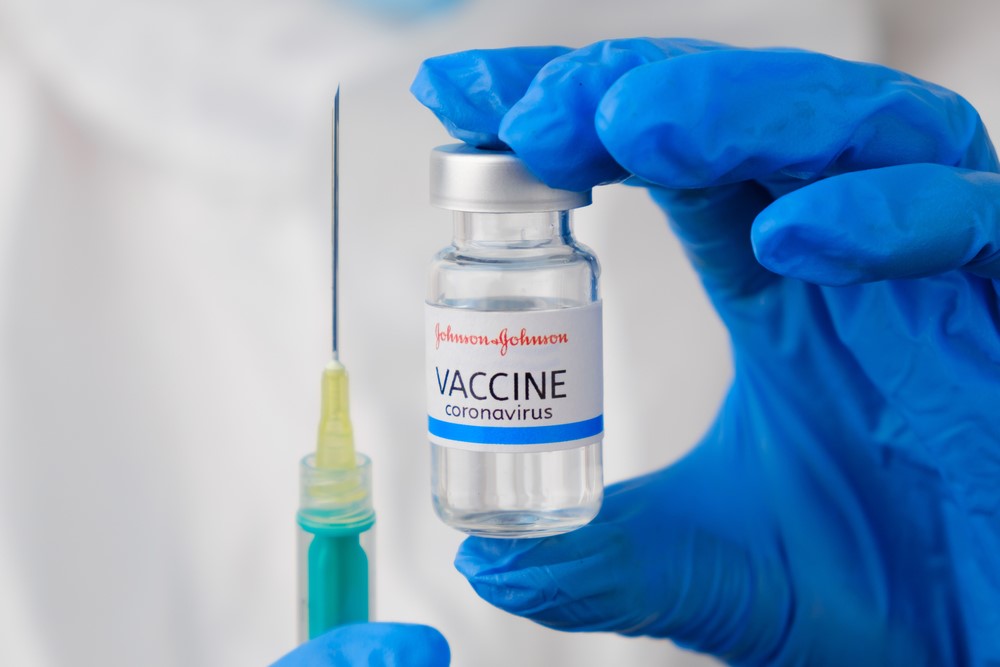 A new lawsuit is targeting a state employee's inadvertent release of the vaccination status for some 40,000 Oregon state employees. Pictured is Johnson & Johnson's COVID vaccine./Shutterstock

An aggressive pledge to partially inoculate every Oregonian 16 and older against COVID-19 before summer fell into jeopardy Wednesday amid revelations that a manufacturer ruined up to 15 million doses of Johnson & Johnson vaccine.

Gov. Kate Brown and state health officials set lofty expectations two weeks ago when they said they expected “enough doses for every Oregonian who wants a vaccine to have the opportunity for at least a first dose” by the first week of June.

That timeline was predicated on Oregon receiving a growing supply of the one-shot Johnson & Johnson vaccine. But with millions of those doses now wiped from the national supply, state officials said Wednesday the goalposts may need to shift.

“It’s hard for me to say, ‘No,’” it won’t affect the timeline, said David Baden, who oversees vaccine forecasts for the Oregon Health Authority.

Oregon’s bad-news acknowledgement was juxtaposed Wednesday by Washington’s decision to make all of its residents 16 and older eligible for a vaccine April 15, about two weeks ahead of Oregon’s May 1 timeline.

Eligibility, of course, does not ensure access to a shot – and that’s why Oregon’s initial assertion that everyone could get a shot by the first week of June was so significant.

State officials made clear that hitting the timeline would be conditional on increasing daily inoculations using the Johnson & Johnson vaccine. But the schedule seemed optimistic if not impractical, requiring first doses for nearly 3.5 million Oregonians when fewer than 1.2 million had received them as of Wednesday.

The schedule assumed 33,000 first-dose inoculations a day using either the two-shot Moderna or Pfizer-BioNTech vaccines or the single-shot Johnson & Johnson product. But Oregon has topped 33,000 daily doses administered just seven times to date – and that includes both first and second doses.

Baden, the health authority’s chief financial officer, stood by the veracity of that initial timeline Wednesday. He said state officials were hoping to see 200,000 to 250,000 first doses administered per week, the equivalent of about 28,500 to 35,700 a day.

But with uncertainty about Johnson & Johnson, he said, actual first-dose vaccinations going forward potentially could be half that.

Oregon is still expecting to receive a large quantity of Johnson & Johnson vaccine next week, Baden said, which could total around 100,000 doses between the state’s allocation and vaccine sent directly to pharmacies.

But beyond next week is questionable, he said.

That’s because workers at a Baltimore manufacturing plant made the Johnson & Johnson vaccine with incorrect ingredients, The New York Times reported Wednesday.

While the mistake doesn’t affect existing doses already being delivered, it ruined up to 15 million doses and halted future shipments until quality control measures are evaluated.

Federal officials still expect to have enough doses from Johnson & Johnson and other vaccine makers to meet President Biden’s commitment to provide enough vaccine by the end of May to immunize every adult, the Times reported.

But state officials are skeptical.

“All that now obviously changes with this,” Baden said of Oregon’s similar timeline.

Baden said he did not expect a dearth of Johnson & Johnson vaccines to cause substantial problems for the next wave of Oregonians who become eligible for shots April 5, which includes people age 16 to 44 with qualifying medical conditions and many frontline workers.

But he said it could take longer to find an appointment.

“Less vaccine means less appointments for people to be vaccinated,” he said.

Meanwhile, Baden said he does not currently see a scenario where Oregon moves up its overarching vaccine eligibility timeline for the general population ahead of May 1, although he deferred to Brown.

Asked about Washington’s decision to make residents eligible April 15, and whether Oregon would accelerate its schedule, a spokesperson for the governor would not directly answer.

“Oregon’s vaccination schedule is driven by the availability of supplies from the federal government,” Charles Boyle said in a statement, “and we have expanded eligibility as quickly as possible as more supplies have become available.”

This story was originally published by The Oregonian/OregonLive and is posted here through a content-sharing agreement.