An upswing in awareness of the COFA islanders’ plight in the last weeks of the session was not enough to get them insurance coverage immediately, but a bill passed out of committee that directs the Department of Consumer & Business Services to figure out the program details, and Sen. Bates said they’d work to get the program passed next year.
By:
Chris Gray 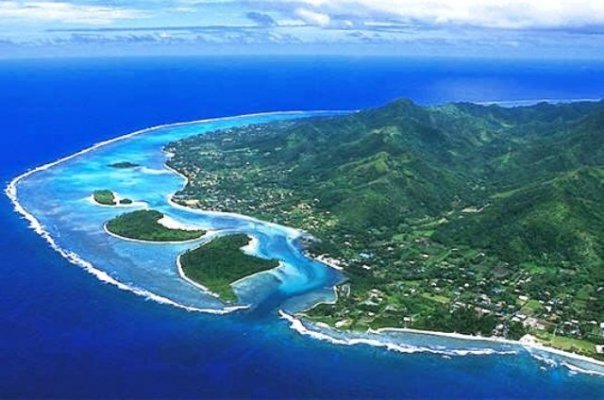 Healthcare advocates for Pacific Islanders are poised to gain a half-step toward a cost-free insurance program for their low-income members, as House Bill 2522 has been amended to direct the Insurance Division to hammer out details with the federal government and report back to lawmakers in the 2016 session.

The amendment gives the Department of Consumer & Business Services a deadline of Sept. 15, 2016, a date that gave pause to Rep. Deborah Boone, D-Cannon Beach, who supported immediate implementation of the law: “We need to find the money,” she said, and not kick the can down the road to 2017 while this group of veritable refugees goes without health coverage.

But Sen. Alan Bates, D-Ashland, gave his word Wednesday that his goal is to support a bill in the 2016 session to implement the program and encourage state functionaries to get them something to work from before the deadline.

“I would strongly support we have a bill ready on Day 1 in February 2016,” said Bates, the Senate chairman of the Budget Subcommittee on Human Services. “We have a responsibility to get these people the help they so justly deserve.”

The amended bill strikes a compromise for the Pacific Islanders’ goal of an immediate health program to cover their low-income members, almost all of whom are uninsured.

Joel Metlen, the spokesman for the Department of Consumer & Business Services' new Oregon Health Insurance Marketplace, said that his agency still needed to confirm with the federal government that Oregon could provide access to subsidized insurance for people below 138 percent of poverty who are not eligible for Medicaid.

Metlen said that the marketplace would than need to work out the logistiacs for hooking this population up with the federal exchange website, healthcare.gov.

As first reported in The Lund Report last week, the program calls for the state to pay the consumer share of the premium for subsidized health insurance sold on the exchange, and would cover about 1,250 islanders whose incomes are below 138 percent of poverty.

More precise estimates showed that the program would actually cost between $400,000 to $600,000 -- not the $2 million cited earlier, but Bates said that much of the budget had been completed, and lawmakers had run out of time this session.

“They came to us in the last three or four weeks of the session,” Bates said. “They have moved this from a problem most of us had never heard of to a place where we could get it done in February.”

Delaying passage of an implementation bill until the 2016 session would only delay the program for a few months, given that the Health Insurance Marketplace would still have time to set up the program, and get a more concrete answer from the federal government about the mechanics of the program.

Although disappointed with the result, Loyd Henion, the secretary for the COFA Alliance National Network, said he’s going to hold legislators to their word and ask the Insurance Division to give a preliminary finding by late 2015 -- in time to get a bill together for 2016.

“It gives us great momentum for the 2016 session,” Henion told The Lund Report. “It will give DCBS the appropriate time to respond and be comfortable with it.”

"We can’t really say at this point how quickly we could put together the report," Metlen responded. "We understand how important this issue is for stakeholders, so we will do all we can to expedite the process, but we also want to make sure that we do our due diligence to develop a well-vetted and accurate report."

The COFA Alliance National Network pitched the idea of an insurance program in the last weeks of the session after earlier attempts to expand the Oregon Health Plan to low-income islanders covered by the Compact of Free Association Treaty. The advocates discovered that while Oregon would have to foot the full cost to include them on Medicaid, the state could get federal assistance for a subsidized private insurance program, which would cost about $15 per person. “It’s a bargain for the state,” Henion said.

The program would apply to natives of three island groups in the South Pacific -- Palau, Marshall Islands and the Federated States of Micronesia -- who are covered by the Compact of Free Association treaty. The islands have been negatively impacted by U.S. military activity and nuclear testing, and per the treaty, are free to settle in the United States. A 1996 federal law classified them different than other immigrants, and took away their eligibility for receiving federal assistance for Medicaid.

“I want to applaud the advocates for creating awareness about the situation. I don’t think people even understood what COFA was nor what their need for healthcare was,” said Rep. Alissa Keny-Guyer, D-Portland. “I appreciate the step forward and appreciate the co-chairs’ willingness and, it sounds like eagerness, to take it on in 2016” -- referring to Bates and Rep. Nancy Nathanson, D-Eugene.

Due to its position on the Pacific Rim, Oregon has the fifth-largest population of islanders, and the program was designed to assist the islanders too poor to shop on the federal health insurance exchange, who would otherwise qualify for the Oregon Health Plan if not barred by federal law.