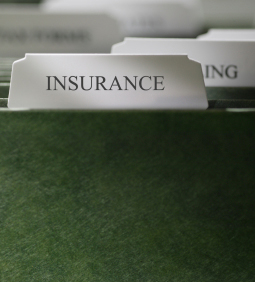 OPINION – November 16, 2011 – I wanted to follow up on your article titled “Regulators Didn’t Question $56 million payout by Regence BlueCross BlueShield” because I am concerned the article is misleading and does not provide the public with accurate information.

As we all struggle to understand and address increases in the costs of health care and the resulting increases in insurance premiums, I think the public benefits from accurate information.

First, the headline saying we didn’t question the payout… As we explained: In terms of the payout itself, Oregon law only allows us to disapprove a distribution if it threatens the company’s financial stability.

Specifically, the remaining capital and surplus after any distribution must be “reasonable in relation” to the insurer’s outstanding liabilities and adequate to its financial needs (ORS 732.574 (1) (e).We evaluated the payout and determined it would not harm the company’s financial stability.

I think that saying “Regulators Didn’t Question $56 million payout” – given the fact that we cannot legally do so other than to make sure it doesn’t jeopardize the company’s financial health – is inaccurate. You made it sound like we paid no attention at all. As we explained, we have no authority over how the holding company spends the money.

As part of our rate review, however, we did cite the pay out as evidence that Regence could use part of its surplus to absorb the expected loss it will likely incur on its individual health plans with the 12.8 percent rate increase we approved. In fact, this is the beauty of Oregon’s toughened rate review law. It allows us to do that.

Most states lack the authority to look at a company’s overall profitability and instead just look at how it is doing in a specific type of business – say individual health plans. Forcing companies to use surplus, however, is a short-term solution and one we use carefully.

Otherwise, a company would wind down surplus to the point we would shut them down or the company would quit offering that type of insurance or – most likely – the company would come to us to jack up rates to get policies priced appropriately. This, in fact, is exactly what happened in Oregon in 2006, when Regence dropped rates by 16 percent while medical claims were rising. Other companies followed suit, and then came in – year after year as they played catch up – with a series of double-digit rate increases.

We had to approve these rate increases in part or in full because the companies truly weren’t generating enough in premiums to pay medical claims and their operating costs.

That’s why we didn’t drop the Regence rate increase below the 12.8 percent – we aim to keep them close to where they need to be to avoid the volatility we’ve seen in this market in recent years. The roller coaster is very hard on Oregonians trying to budget for health insurance.