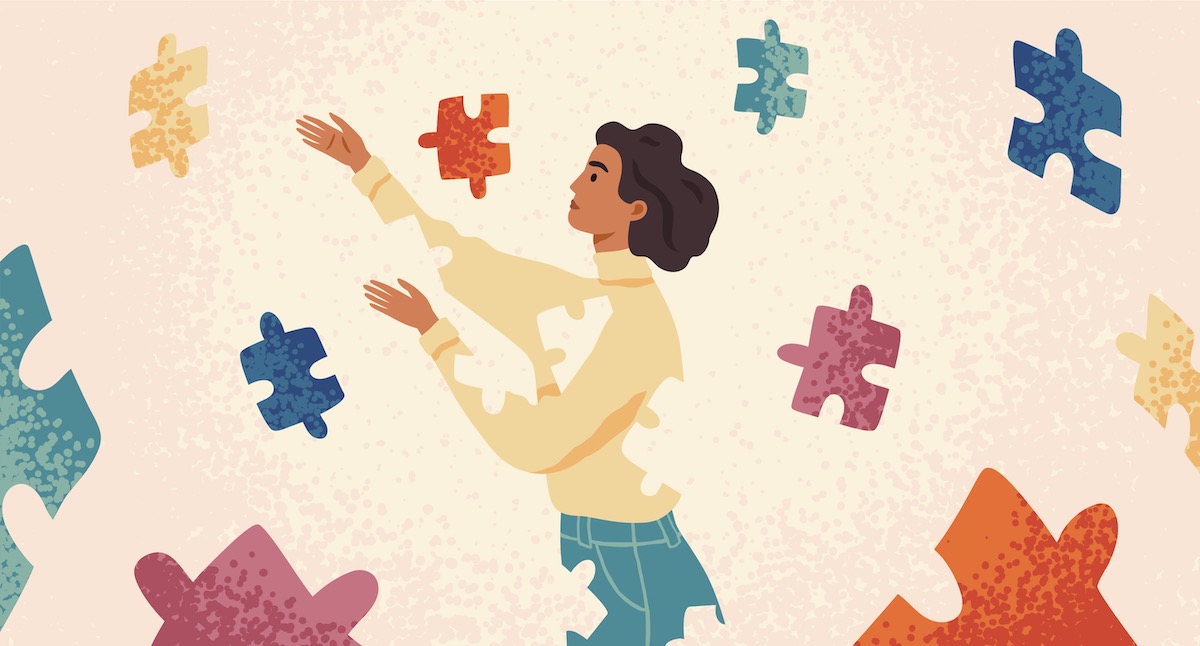 Since it went into effect nearly two years ago, Oregon’s drug decriminalization law, Measure 110, has faced many publicized setbacks. But according to a state audit released Thursday, strategic improvements could help the program to better achieve what voters intended.

In a state that ranks near the top nationally for substance use disorder — and dead last for access to addiction treatment — the measure’s goals to increase treatment access, save lives and provide more equitable behavioral health care for people of color appealed to Oregon voters.

While auditors noted it’s still “too early to tell” if Measure 110 will achieve those results, they said policy makers and the public won’t be able to gauge its impact at all unless data collection methods are improved. The report called this shortfall “the biggest risk to the program.”

Legislation requires that the Oregon Secretary of State auditor division conduct audits as Measure 110 is rolled out. Thursday’s is the first of three audits of Measure 110 that legislators have required to be completed by the end of 2024.

Secretary of State Shemia Fagan shared her own family’s addiction struggles with reporters at the audit’s release, saying “like most Oregonians, I am dissatisfied by our failing drug treatment system. Those of us who are personally impacted by family members are more than dissatisfied — we’re angry. And make no mistake: This is a matter of life and death. Measure 110 must work because real people’s lives hang in the balance.”

Many of the audit’s findings, including about the Measure 110 council’s dysfunction and bureaucratic delays that kept money from flowing to providers sooner, echoed The Lund Report’s coverage of Measure 110 over the past year.

“Look, in the two years since Measure 110 passed, drug misuse in Oregon has only gotten worse,” Fagan said. “Some have been quick to call Measure 110 a failure. I believe that’s a mistake. Remember that before Measure 110 passed, the status quo had failed people with addiction in Oregon for over 50 years. The Oregon Health Authority needs to make changes to put the program in a position to succeed for Oregonians. This audit gives OHA that roadmap.”

A rough rollout for the grant program

In addition to decriminalizing possession of small amounts of illicit drugs such as meth and heroin, the measure diverted about $300 million in marijuana tax dollars to pay for treatment and recovery services every two years.

The money is distributed via a grant program that’s administered through the Oregon Health Authority, and auditors found problems with the design, implementation and management of that program.

Issues stemmed from a lack of clarification around roles between the health authority and the volunteer council tasked with implementing the law and awarding grants, the audit found.

That council, known as the Measure 110 Oversight and Accountability Council, must be composed of people who represent communities most impacted by the War on Drugs and others with experience within the addiction care system. This has resulted in a council that has a wealth of knowledge about experiencing addiction and Oregon’s fragmented behavioral health care system but is light on system building and grant administration know-how.

The audit chronicled the dysfunction and delays that have plagued the grant program’s rollout — from the overly confusing grant application and approval process to the failure of the Oregon Health Authority to provide guidance to the inexperienced council that designed them.

Additionally, “unrealistic timelines embedded within the law” exacerbated the problems, the audit noted.

These issues caused major delays in the council’s distribution of much-needed funding to addiction care providers across the state last year, auditors found.

The difficulties also caused mounting frustration among the volunteer council members, who told auditors they spent as much as 40 hours a week completing grant evaluations and attending meetings. At one point, the evaluation process was halted and 19 of 23 meetings were canceled between Feb. 9 and April 4.

And when grant funding decisions were made, auditors noted, they contained procedural errors, instances of bias and discrepancies between recommendations made by those charged with thoroughly reviewing the grants and the council’s funding decision, with little or no explanation.

Auditors recommended that Oregon legislators provide “explicit direction” to the health authority to better support and provide assistance and training to the council. Though they also noted that ongoing staff turnover at Oregon Health Authority continues to pose risks to the program’s long-term success.

Auditors are also concerned that many council members will term out at the same time and recommended a staggered appointment cycle to avoid a complete turnover of the council.

Auditors took issue with data collection even after the health authority sought to improve it following the initial distribution of funds in 2021.

At that time, $33 million in grants was awarded, but the agency collected “little to no data” on how that money was spent or its impact, so auditors could not determine the effectiveness of those grants, according to the audit.

In 2022, the lion’s share of the money for that biennium, $265 million, was awarded in the form of Behavioral Health Resource Network grants to providers across the state. While the health authority has begun collecting more data from those providers, more is needed, say auditors. There’s no baseline to measure improvements against, and many providers are new and lack the ability to provide detailed data. Auditors recommend the health authority identify gaps in data and prioritize developing metrics that will allow for the effectiveness of Measure 110 grants to be measured.

Under Measure 110, people cited for possession of user-amounts of illicit drugs now receive a Class E violation instead of a criminal charge. The citation comes with a $100 fine that can be waived if the recipient calls a hotline and goes through a substance use questionnaire. At the end of the call, they can be connected to resources if they want.

Auditors noted that as of June 2022, only 119 people had called that hotline because of a drug possession citation — at a cost of over $7,000 per call given the low volume. Twenty-seven callers indicated an interest in treatment.

Meanwhile, another addiction hotline run by the same nonprofit, Lines for Life, received more than 10,000 calls per year during the pandemic, indicating a need to reassess whether a duplicate hotline is the best use of resources.

Auditors said they were unable to obtain Measure 110 specific phone logs from Lines for Life or verify that calls were handled as required. The nonprofit’s director, Dwight Holton, told The Lund Report that Lines for Life records every call and documents them in an electronic health record. “We would be happy to provide this documentation to the state,” he said.

“Over the last two years we have made recommendations to the state on how to expand use of the line and reduce duplication and we are eager to work with the State to make those recommendations (and any other good ideas) happen,” Holton said.

The auditor’s report detailed how America’s War on Drugs and racist policies in Oregon have contributed to a long history of inequality for people of color in the state. It also recounted how voters aimed to reverse course with the passage of Measure 110.

Oregon prisons hold disproportionate numbers of Black and Indigenous people, with Black people being nearly four times more likely to be imprisoned than demographics suggest. Though the audit also noted that this disproportionate imprisonment is not due to solely drug possession charges.

The audit stated that prior to Measure 110, “Oregon had no adults in custody serving time in prison for solely drug possession-related offenses. As a result, there are no savings resulting from fewer individuals being incarcerated due to the drug decriminalization aspects of M110.”

Additionally, the state prison population forecast from the Office of Economic Analysis was unchanged by the law.

“However, other areas of public safety spending, such as the court system, may see savings,” states the audit. It also pointed to a recent study that found Measure 110 has not increased police workloads.

A need for planning and collaboration

Auditors emphasized the need for statewide planning and collaboration among Measure 110 and state agencies, including with the Department of Corrections and Oregon Housing and Community Services, which serve populations that could benefit from expanded access to addiction treatment.

The Secretary of State’s office has asked the Oregon Health Authority to publish a plan for integrating Measure 110 into the state’s larger behavioral health system by September.

The audit released Jan. 19 focuses on the initial phases of the rollout, and future audits will examine whether Measure 110 is increasing access to treatment and the number of treatment providers, reducing overdoses and disparities and other metrics.

Even before the audit’s release, Legislators in the Oregon House and Senate planned to convene workgroups to brainstorm potential fixes to Measure 110 this session.

Rep. Rob Nosse, the Portland Democrat who chairs the House Behavioral Health and Health Care Committee, told The Lund Report that he’s looking into potential legislative changes to the make-up of the council and to the administration of the grant program during this session of the Legislature.

“I suspect one of the first things we’ll do is have some discussion with the folks in the Secretary of State’s office who did the audit,” Nosse said.

Read the full report: “Too Early to Tell: The Challenging Implementation of Measure 110 Has Increased Risks, but the Effectiveness of the Program Has Yet to Be Determined.”

Read more about the legislators’ plans for Measure 110 in the 2023 session.