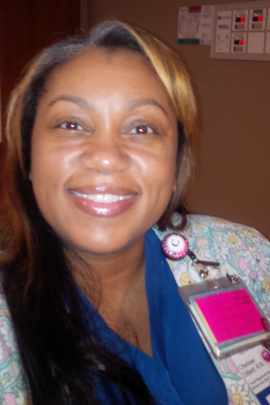 With her children grown and husband nearing retirement, Amy Reynolds was ready to leave behind snowy Flagstaff, Ariz., to travel but she wasn’t ready to give up her nursing career.

She didn’t have to.

For the past three years, Reynolds, 55, has been a travel nurse — working for about three months at a time at hospitals in California, Washington, Texas and Idaho, among other states. Her husband accompanies her on the assignments. “It’s been wonderful,” she said in May after starting a stint in Sacramento. “It’s given us a chance to try out other parts of the country.”

Reynolds is one of thousands of registered nurses who travel the country helping hospitals and other health care facilities in need of experienced, temporary staff.

With an invigorated national economy and millions of people gaining health coverage under the Affordable Care Act, demand for nurses such as Reynolds is at a 20-year high, say industry analysts. That’s meant Reynolds has her pick of hospitals and cities when it’s time for her next assignment. And it’s driven up stock prices of the largest publicly traded travel-nurses companies, including San Diego-based AMN Healthcare Services and Cross Country Healthcare of Boca Raton, Fla.

“We’ve seen a broad uptick in health care employment, which the staffing agencies are riding,” said Randle Reece, an analyst with investment firm Avondale Partners.  He estimates the demand for nurses and other health care personnel is at its highest level since the mid-1990s.

Demand for travel nursing is expected to increase by 10 percent this year “due to declining unemployment which raises demand by increasing commercial admissions to hospitals,” according to Staffing Industry Analysts, a research firm. That trend is expected to accelerate, the report said, because of higher hospital admissions propelled by the health law.

Improved profits—particularly in states that expanded Medicaid—have also made hospitals more amenable to hiring travel nurses to help them keep up with rising admissions, analysts say.

At AMN Healthcare, the nation’s largest travel nurse company, demand for nurses is up significantly in the past year: CEO Susan Salka said orders from many hospitals have doubled or tripled in recent years. Much of the demand is for nurses with experience in intensive care, emergency departments and other specialty areas. “We can’t fill all the jobs that are out there,” she said.

Northside Hospital in Atlanta is among hospitals that have recently increased demand for travel nurses, said David Votta, manager of human resources.  “It’s a love-hate relationship,” he said. From a financial viewpoint, the travel nurses can cost significantly more per hour than regular nurses. But the travel nurses provide a vital role to help the hospital fills gaps in staffing so they can serve more patients.

Northside is using 40 travel nurses at its three hospitals, an increase of about 52 percent since last year. The system employs about 4,000 nurses overall.

Historically, the most common reason why hospitals turn to traveling nurses is seasonal demand, according to a 2011 study by accounting firm KPMG. Nearly half of hospitals surveyed said seasonal influxes in places such as Arizona or Florida, where large numbers of retirees flock every winter, led them to hire traveling nurses.

Though there have been rare reports of travel nurses involved in patient safety problems, a 2012 study by researchers at the University of Pennsylvania published in the Journal of Health Services Research found no link between travel nurses and patient mortality rates. The study examined more than 1.3 million patients and 40,000 nurses in more than 600 hospitals. “Our study showed these nurses could be lifesavers. Hiring temporary nurses can alleviate shortages that could produce higher patient mortality,” said Linda Aiken, director of the university’s Center for Health Outcomes and Policy Research. The study was funded by the National Institutes of Health and the American Staffing Association Foundation.

The staffing companies screen and interview nurses to make sure they are qualified, and some hospitals, such as Northside, also make their own checks. Nurses usually spend a couple days getting orientated to a hospital and its operations before beginning work. They have to be licensed in each state they practice, although about 20 states have reciprocity laws that expedite the process.

Cherisse Dillard, a labor and delivery room nurse, has been a traveler for nearly a decade.  In the past few years, she’s worked at hospitals in Chicago, Dallas, Houston, Pensacola and the San Francisco area.

While delivering a baby is relatively standard practice, she said she makes it a practice at each new hospital to talk to doctors and other staff to learn what their preferences are with drugs and other procedures. Dillard, 46, often can negotiate to be off on weekends and a high hourly rate. “When the economy crashed in 2008, hospitals became tight with their budget and it was tough to find jobs, but now it’s back to full swing and there are abundant jobs for travel nurses,” she said.