By:
Michael Ollove of Stateline 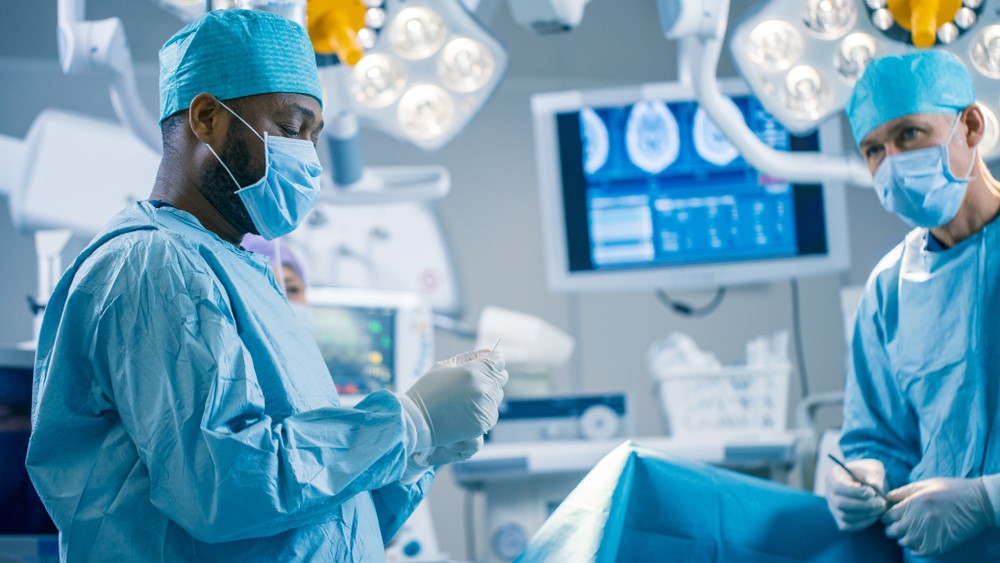 In a groundbreaking study, Dr. Lisa Cooper, a leading researcher on racial health disparities at Johns Hopkins University, found that nearly all 40 participating Baltimore-area primary care doctors said they regarded their White and their Black patients the same.

But that’s not what her testing on their unconscious attitudes revealed.

It’s not that those doctors were racists or bad people, Cooper said. They genuinely meant to see all their patients as the same and to provide every one of them with the same quality of treatment. Unfortunately, she said, it’s not always what goes on in the conscious minds of medical providers that matters in the examination room.

“Health care providers, like everyone else … have an active way of processing information that is very conscious, but then we have these unconscious or implicit ways of processing information,” she said. “There are things we’ve been exposed to throughout our lives that lead us to think and behave in certain ways. We think certain things but aren’t aware that we are thinking them.”

In the past three years, states have begun trying to help medical providers stop acting on such unconsciously held beliefs, known as implicit bias. The efforts were stoked by the realization that the COVID-19 pandemic has extracted a much higher toll on minority populations, and the backdrop of the racial reckoning following the police murder of George Floyd in Minnesota and shootings of other unarmed Black people. States are aiming to reduce the gaps between White and minority populations in health outcomes, especially for women after giving birth.

Since 2019, at least four states—California, Maryland, Michigan and Washington—have adopted policies requiring at least some health care workers to take implicit bias training, some as a prerequisite for professional licensure or renewal. Most came through legislation, but Michigan’s was a gubernatorial directive.

Bills on implicit bias training in health care have been introduced in state legislatures over the past two years in many other states, including Illinois, Indiana, Nebraska, New York, Oklahoma, South Carolina, Tennessee and Vermont. Minnesota passed a law last year requiring obstetrics units to offer implicit bias training.

The measures have generally been initiated by Democrats but have received Republican votes as well.

Even without laws, some health systems in recent years began offering or requiring training in implicit bias, as have some medical schools, including Harvard, Icahn School of Medicine at Mount Sinai and Ohio State.

The training encourages providers to regard every patient as an individual without making assumptions based on race or income. It also is designed to enhance providers’ empathic skills and capacity to hear their patients. But experts in this area say the courses must be carefully tailored so as not to be accusatory, to acknowledge that carrying implicit biases does not reflect a character flaw or ill intent.

Cooper and other researchers say medical providers’ unconscious thoughts are often different from or even in conflict with consciously held beliefs. Stereotypes about categories of people that a doctor or nurse would reject if asked about them, may nonetheless lay latent in their minds, lodged there by early life experiences or subliminal messages absorbed from television, movies and the news.

Too often, especially when providers are multitasking or stressed, implicit biases cause them to deliver disparate medical treatment based on the race, gender, income, sexual preference or even weight of their patient, Cooper and other researchers have found.

Doctors may not refer Black patients for transplants because of an unconscious belief that they won’t adhere to arduous post-surgery regimens. They may harbor thoughts that women are more susceptible to anxiety and dismiss their complaints of chronic pain. They may see an immigrant with poor English skills and assume that the patient wouldn’t be able to comprehend a complex medical situation. Or they may ascribe a patient’s obesity to a lack of self-control rather than a genetic precondition.

The implicit bias phenomenon was recognized in a 2003 landmark Institute of Medicine book, “Unequal Treatment: Confronting Racial and Ethnic Disparities in Health Care,” which identified implicit bias as a contributing factor in the poorer health outcomes experienced by minority populations. Those disparities were thrown into stark relief during the COVID-19 pandemic, spurring policymakers to act.

In many of the states, the legislation has pertained to perinatal care, the time immediately before and after delivery. Last year, Minnesota passed a bill requiring all hospitals with obstetrics units and birthing centers to provide continuing education on implicit bias.

In 2020, the Maryland legislature, with no opposition, approved one of the first implicit bias training laws. It requires that all health care professionals treating patients in perinatal units receive such training at least once every two years.

Maryland state Del. Joseline Peña-Melnyk, a Democrat and lead sponsor of her state’s law, said the need was obvious: The maternal mortality among Black women is nearly four times as high as White women in Maryland, “and that is simply not acceptable,” Peña-Melnyk said.

While there are multiple reasons for that disparity, including different degrees of access to health care and health insurance, Peña-Melnyk was convinced that implicit bias among medical providers contributed to the problem.

She said many providers unconsciously subscribe to stereotypical beliefs about Black women. “They think all Black women have big hips and don’t feel pain the way White women do.” That can contribute to how seriously they take the symptoms their patients report.

“Sometimes doctors may spend less time with them, they’ll dismiss their symptoms and their pain, they won’t listen to them,” said Peña-Melnyk.

A year after the Maryland General Assembly passed Peña-Melnyk’s perinatal bill, she introduced the measure that now mandates implicit bias training as a requirement for licensing in the state.

“I started with maternal health because the data was so clear,” Peña-Melnyk said. But the disparities she saw during COVID-19 disturbed her, with far greater disease and death in ZIP codes with the highest concentrations of Black people and immigrants.

Peña-Melnyk, along with those who have studied implicit bias, are quick to note that training is only one of many strategies that must be undertaken to combat health disparities.

“Implicit bias training is not everything,” said van Ryn. “That’s like saying masking is all you need for COVID when we know you have to have all these other things too, like vaccines and testing and social distancing.”

Creating more diversity in health systems, from top leadership on down, would be effective, according to those who study health disparities.

Dayna Bowen Matthew, a dean at George Washington University Law School who wrote an influential 2015 book on racial inequities in health care, says health systems should be required to collect and analyze data to ensure they deliver care equitably or risk losing Medicare and Medicaid funding.

And she says Congress should strengthen laws to enable individuals to bring lawsuits for harm resulting from implicit bias, a right curtailed by the U.S. Supreme Court in a 2001 ruling that limited the ability of individuals to sue under the Civil Rights Act of 1964 absent proof of intent to discriminate.

“To ask people to be aware and train about implicit biases is not enough,” she said, adding that she does strongly approve of the states that have mandated such training in health care.

Not everyone feels that way. Although she thinks such training is useful, Dr. Jennifer Edgoose, a professor of family medicine at University of Wisconsin School of Medicine and Public Health, who has also written about implicit bias, said she worries that making implicit bias training compulsory could cause resentment, making people resistant to other efforts to mitigate health disparities.

“I believe there is potential for harm,” she said.

Dr. Quinn Capers, a cardiologist and an associate dean at the University of Texas Southwestern Medical Center, who has also done training in implicit bias at dozens of academic medical centers, has seen medical providers in his training courses looking at their phones and checking their watches.

However, he said, health care providers are used to having all kinds of mandatory continuing education requirements. “As a cardiologist, I have to recertify every two years in CPR. No one worries that will make heart doctors more resentful of CPR.”

Capers and others stress that educators should emphasize that implicit bias does not mean someone is racist.

“Saying implicit bias exists is not a commentary on the character or intentions of people,” said Matthew. “It’s just acknowledgement of our humanity. It’s something that, if we admit it exists, it’s a starting point to make changes.”

Although research has demonstrated that implicit biases do influence how medical providers treat and communicate with patients, more research is needed, van Ryn said, to understand how those biases contribute to health disparities. She also said there needs to be more study of what constitutes effective implicit bias training.

“Lots of people are doing interventions,” she said, “but there’s not a huge body of evidence of what works.”

This article was originally published by Stateline, an initiative of The Pew Charitable Trusts.