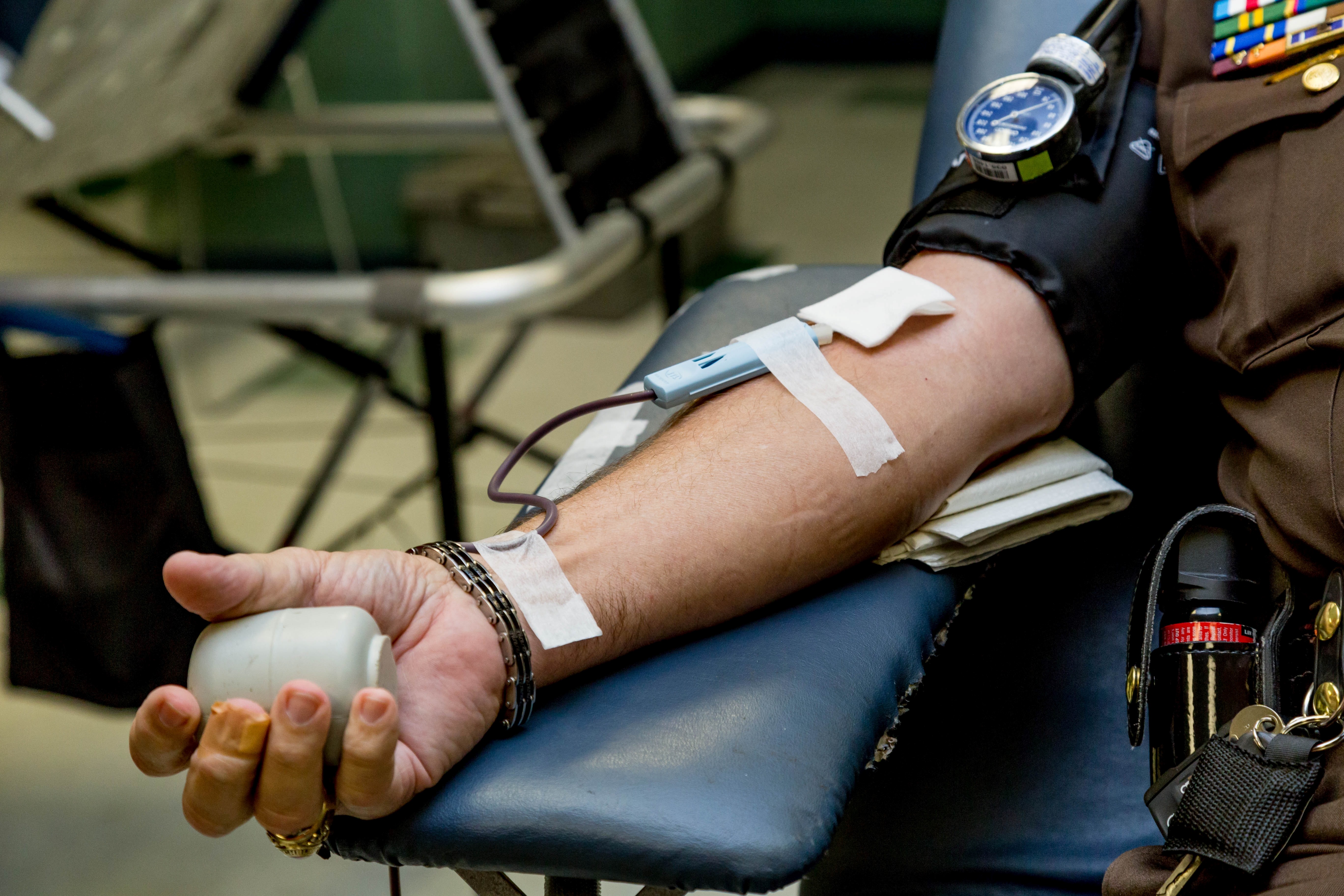 Photo by LuAnn Hunt on Unsplash

“Save your business while saving lives,” reads the website of Because Health, a Seattle tech startup selling two types of tests to employers willing to pay $350 a pop to learn whether their workers have been infected with COVID-19.

The “Workplace Health” plan includes not only nasal swab tests to detect infection, but also blood tests aimed at indicating whether workers have developed antibodies to the virus — and, possibly, future protection.

What the website does not make clear, however, is that public health officials have explicitly warned that antibody tests should not be used to make decisions about workplace staffing.

“This is a personal choice of the business, of the consumer,” Boman said.

Across America, untold numbers of employers, employees and ordinary citizens are turning to a slew of sometimes pricey new COVID-19 blood tests. Knowing who’s already been infected could have important implications for understanding the spread of the disease, scientists say. But serious questions about the accuracy of some of the serology tests — and the usefulness of the results they provide — have prompted the federal Food and Drug Administration to try to rein in what several infectious disease experts described as “the wild, wild West” of antibody testing.

“It does look as if companies sprang up overnight both importing these tests and distributing them,” said Dr. Michael Busch, director of the nonprofit Vitalant Research Institute in San Francisco. “It’s outrageous that people were trying to make money off of this fear.”

More than 200 tests have flooded the market in a matter of weeks, promising to detect antibodies, which are proteins that develop in the blood as part of the body’s immune response to an invading virus. These are different from the molecular tests, typically done with nasal swabs, used to diagnose infection.

As of June 1, only 15 antibody tests had received FDA “emergency-use authorizations,” which allow tests that haven’t been fully vetted to be used in a crisis. Even that standard has become a selling point for some large companies, such as LabCorp and Quest Diagnostics, which emphasize that they rely on tests that have received the FDA nod.

In late May, the FDA removed more than 30 serology tests from a list of commercially available kits, saying they “should not be distributed” for sale. Removal could result from a manufacturer not submitting an emergency-use authorization request within a “reasonable period of time,” or if the test shows “significant problems” that cannot be or have not been addressed in a timely manner, the agency said. The manner of enforcement remains unclear.

Last month, the CDC issued new guidelines warning that, given the low prevalence of the virus in the general population, even the most accurate tests could be wrong half of the time.

Such tests are most useful for understanding the epidemiology of the virus, not for making individual decisions, said Dr. Mary Hayden, director of the division of clinical microbiology at Rush Medical Laboratories in Chicago. Even the best tests can’t yet answer the crucial question about whether antibodies confer immunity from future COVID infections, Hayden said.

“The best possible scenario is that people get infected and they have protective immunity for a long time,” she said. “That would be awesome. But we just don’t have that right now.”

But a plethora of tests being pitched to consumers explicitly promise results aimed at allowing a return to work, school and other social arenas.

The tests offered by Because Health are among hundreds churned out since March, ranging from those offered by commercial labs and academic research centers to small developers seeking a toehold in the lucrative market spurred by a global pandemic. Because Health is using two antibody tests in tandem, one of which received emergency-use authorization on May 29; the other is still pending.

Anders Boman, the son of the medical director and co-founder of Because Health, said that until the COVID crisis occurred, the company, which launched in Seattle last year, was focused on “a niche of integrative care and sexual health,” including hormone treatments for men and women.

“Consumers are not concerned about sexual health right now,” Boman said, explaining the change in focus. “They’re concerned about how to get back to work, how to return to normal and are they safe?”

The FDA normally follows a stringent approval process for tests to detect diseases, often a costly effort that can take months or years. That typically requires independent validation of the accuracy of the tests. But after being criticized for the fumbled rollout of diagnostic tests during the start of a global pandemic, the FDA swung hard in the other direction, waiving its usual requirements and letting firms rush self-validated tests into the market.

“They sort of relaxed all regulatory oversight,” Hayden said.

“It was really a single pressure — and that was the fact that the original inability to get a [diagnostic] test on the market in the U.S. as the outbreak escalated means they were trying to do basically everything they could to get these out,” said Michael Osterholm, director of the Center for Infectious Disease Research and Policy at the University of Minnesota.

The relaxed rules drew concern from Congress, where a subcommittee of the Committee on Oversight and Reform detailed the FDA’s failure to “police the test market.” Groups such as the Association of Public Health Laboratories also raised questions. Scott Becker, the APHL’s chief executive, said he spoke to top officials at the U.S. Department of Health and Human Services in early April.

“We just let loose and we said, ‘This is a really bad policy,’” Becker said. “‘We’re going to get flooded and we’re going to lose control of quality. We’re not going to know what to do with the results.’”

That’s exactly what has happened, said Osterholm. “The FDA needs to bring much more discipline to this area and they need to articulate it clearly,” he said.

A key issue is the accuracy of the tests, which rely on measures known as sensitivity and specificity. A highly sensitive test will capture all true positive results. A highly specific test would identify all true negative results.

In April, researchers at the University of California-San Francisco, led by immunologist Dr. Alexander Marson, analyzed 14 COVID-19 serology tests on the market and found that all but one turned up false-positive results, indicating that someone had antibodies to the coronavirus when they actually did not. False-positive rates reached as high as 16% in the study, which has not yet been peer-reviewed.

Unreliable results worry Dr. Jeff Duchin, the public health officer for Seattle and King County, Washington, where the first surge of COVID cases emerged in the U.S. A person who tests positive for antibodies that don’t exist may mistakenly believe he or she is free to ignore guidance about preventing infection, potentially spreading the disease. “Regardless of whether you test positive or negative, the workplace still needs to take steps,” he said. “They shouldn’t think a testing program in any way relieves them of that responsibility.”

FDA officials said they’re working now with the National Cancer Institute to independently validate serology tests on the market. Until that list is public, users must rely on the relatively few that have received the emergency-use authorizations to date. More than 190 others have asked for that authorization, pending FDA review.

But consumers may have little control, because they are most likely getting tests from their employers or doctors, with little understanding of why those products were chosen.

“There isn’t a national standard, there isn’t a one-stop shop or a Consumer Reports for antibody tests,” Becker said. “I don’t expect a member of the public is going to be able to figure this out.”

Even savvy physicians can have trouble. US Acute Care Solutions, a physician-owned medical services group, was trying out a Chinese-made test supplied by Minneapolis-based Premier Biotech, with plans to test its staff of more than 3,500 doctors and employees, said the group’s chief medical officer, Dr. Amer Aldeen. That test has been widely used, including in recent controversial serology surveys conducted by Stanford University and the University of Southern California.

When USACS used it, the Premier test failed to detect antibodies in several employees who had been ill and tested positive for the coronavirus on diagnostic tests, Aldeen said. The results could have been caused by faulty instructions rather than flaws in the test itself, he said. Still, the Premier test has not received FDA authorization and the results gave him pause.

“It does no good to select a test that isn’t FDA-approved,” he said.

Some might ask why the FDA didn’t just identify several reliable antibody tests and require their use to avoid the chaos. An FDA official said making that type of choice would be outside the scope of the agency’s responsibilities.

“FDA’s lane is to review these tests and make sure that they are safe and accurate for the American people,” said spokesperson Emma Spaulding. “It wouldn’t be within our lane to say which test must be used.”

Although health officials understand the desire for a test that could provide comfort amid the uncertainty of COVID-19, Duchin advised employers and consumers to wait a little longer.

“There are costs to testing with unvalidated tests that might outweigh the benefits of satisfying your curiosity,” he said.